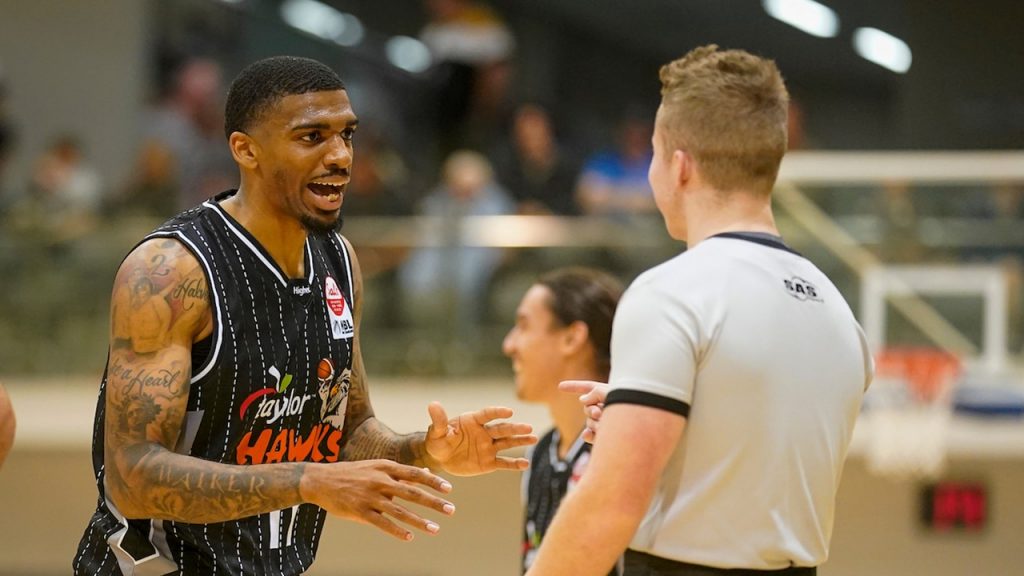 SOUTHLAND Sharks and Hawkes Bay Hawks will head into the Final Four on the back of victories, following their wins to open the final round of New Zealand National Basketball League (NZNBL) action. The Sharks toppled the Canterbury Rams by 13 points in their clash, whilst the Hawks proved far too strong for the bottom two Manawatu Jets, posting a huge 28-point victory in front of home fans.

The Sharks might have recorded a comfortable win but it was far from easy, losing both the first two quarters to trail by nine points at half-time. They managed to cut the deficit to seven by the final break, but looked in real danger of dropping the home game at ILT Stadium. Luckily a dominant final term which saw them smash the Rams out of the park courtesy of a 33-13 final term, resulted in the Sharks getting up 100-87.

Dom Kelman-Poto was simply unstoppable on his way to the Most Valuable Player (MVP) Award courtesy of 28 points, 11 rebounds and four assists, shooting three of six from beyond the arc. Similarly, Josh Cunningham had the 21 points, seven rebounds, four assists and four steals, while Brayden Inger knocked down three triples – albeit from 10 attempts – for 11 points, six rebounds, three assists and two steals. Courtney Belger (13 points, 10 assists and three rebounds) and Toby Gillooly (10 points) also reached double-figures for the Sharks.

Hawkes Bay Hawks did not have any issues – aside from a second quarter lapse – in posting a big 28-point win over Manawatu Jets. The Hawks dominated the first term with a 28-13 quarter before the Jets responded with a 21-14 term of their own. With the game back to eight points, the Hawks reestablished themselves as a dominant force, putting up a whopping 54 points to 34 in the second half to run away with the contest, 96-68.

There was little doubting the MVP in the game, as Devondrick Walker blitzed his way to 35 points – more than half the entire opposition’s score – as well as five rebounds and two steals, which included seven of 14 from beyond the arc. Rhys Vague (15 points, nine rebounds) and Ethan Rusbatch (14 points, two rebounds) both held up well in the starting side, with Jonathan Janssen (12 points, nine rebounds, two assists and two blocks) the best off the bench. Hyrum Harris (five points, 11 rebounds, four assists and two steals) contributed outside the scoreboard.

Daishon Knight led the scoring for the Jets with a hard-working double-double effort of 20 points and 12 rebounds, as well as three assists. Jayden Bezzant (15 points, four rebounds) and Nikau McCullough (14 points, two rebounds) chipped in with some solid numbers, whilst Finn Lally (six points, seven rebounds and two blocks) and Matangirei Hipango (five points, four rebounds) were the next best for the Jets.

The two winners head to the Final Four with a nice break to rest up, whilst for the Rams and Jets, they take on Otago Nuggets and Nelson Giants tomorrow and Sunday respectively.