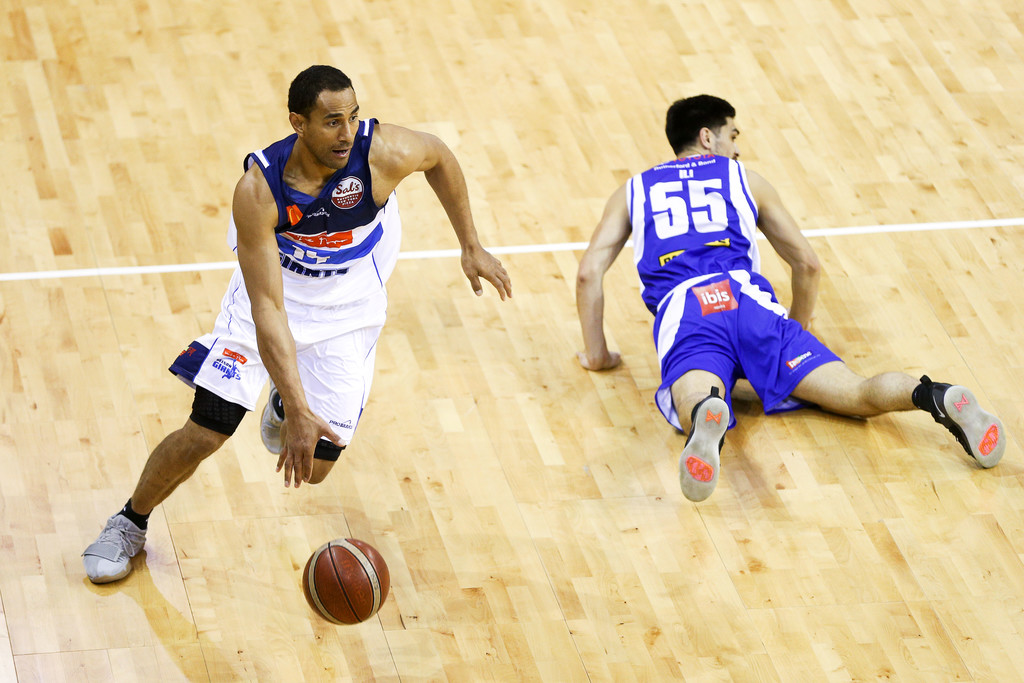 IT is hard to believe after so much time away from the court across the globe, that professional basketball is back tomorrow with the first night of a huge six-week season for the New Zealand National Basketball League (NZNBL). The 2020 Sal’s NBL Showdown tips off and there will be no slowing down until August, and we take a look at seven players – one from each team – to watch in 2020.

The second round selection will have to burden some of the extra workload in the absence of the injured Jack Salt and Joe Cook-Green. Playing primarily as a role player last season, Britt was able to sign on as a Development Player for Perth Wildcats and went on to come off the bench there and be a member of a title-winning side in the Australian NBL. If Britt can bring that success to Canterbury, the Rams have plenty of players who are capable of chipping in and following suit, even if they will be without their star player.

Franklin Bulls’ head coach Liam Simmons said he was excited to see Kelman-Poto’s versatility on court. He said it was the first round pick’s “great competitive spirit, toughness, his motor runs” that helped get him over the line as the Bulls top pick in the draft. Kelman-Poto has the potential to be a real danger off the boards this season after averaging 12.9 points and 8.3 rebounds last season. If he can provide that service to the side in its inaugural season, then expect the Bulls to be very competitive throughout the year.

The latest pick in this list of ones to watch, but it is easy to see why. The talented teenager is eyeing off college basketball in the future, but even the here and now he has some serious X-factor on court. With speed and a vertical leap that allows him to show off with highlights like one-handed dunks, Murray has the potential to be something huge. It is also just as exciting to hear from head coach Kevin Braswell that Murray will not just be a rotational player, but a starter playing 25-odd minutes a night, so get excited.

You cannot complete this list without the number one selection in the NZNBL Player Draft. Ngatai showed what he is capable of, playing with the successful Wellington Saints in recent years. He will be that star player to centre a team around, but will also have Jarrod Kenny lining up for the returning side as well. If Ngatai and Kenny can fire this year, then Otago have every right to be buoyant about the season’s success, and as the player who was voted the top pick for the season Most Valuable Player (MVP) last week, there are a lot of expectations on him.

Described by Airs’ Chairman Laine Hopkinson as the “best point guard in the draft”, the Mountainairs were thrilled to secure his services for the 2020 season. He played for them last year and was looking to take up a spot with Hawke’s Bay Hawks, but returned to Taranaki through the Player Draft. Last season he averaged more than 17 points a game, and that numbers is going to lift even further in 2020 with Raukawa having the ability to be the main scorer on offence, as well as pass the pill when required. He could lead all-comers in the scoring department.

Among the names considered in the top two picks, Vodanovich found his way to the Jets at pick three and will be a huge influence there. He gained great experience in the Australian NBL coming off the bench for the New Zealand Breakers in the 2019/20 season, and joined teammate Hyrum Harris as former Southland Sharks at the Jets. Last season the Jets finished on the bottom of the table, but it is hard to see that happening this season with Vodanovich and Hyrum leading the attack in the 2020 Sal’s NBL Showdown.

The biggest name in the NZNBL, Vukona is still a huge danger to any opposition defence, and the focal point for the Giants this season. At 38-years-old he is still more than capable of dominating on court having played with Brisbane Bullets the last season. The Giants were able to secure the services of scorer Mike Karena who can share the load on offence, whilst Vukona can not only score, but have a huge impact off the boards. He is someone that will always draw a crowd, and expect opposition teams trying to double team him at times.