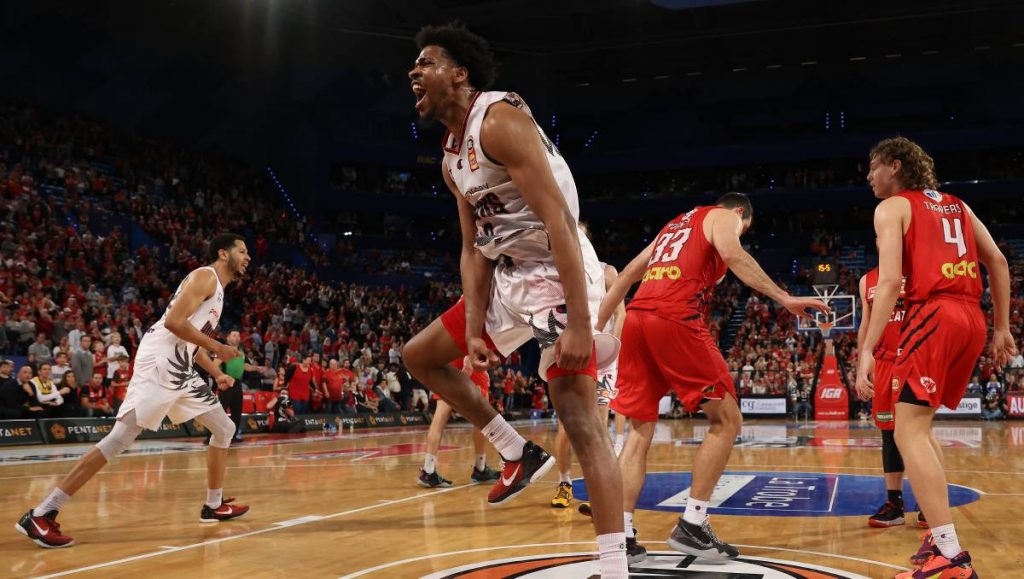 ILLAWARRA Hawks are just one win away from reaching the 2021 National Basketball League (NBL) Grand Final series after last year’s wooden spooners toppled the reigning premiers Perth Wildcats by two points (74-72) at RAC Arena last night. In front of 7662 fans, the Hawks had to fight back from a six-point quarter time deficit to then hit the front for only the second time in the match late in the final term and steal the game to move 1-0 up in the series ahead of tomorrow night’s home fixture between the sides at WIN Entertainment Centre.

The big talking point regarding the second placed Wildcats who have been the most dominant team in the past decade, was whether or not they could win the NBL Championship title without star guard and reigning Most Valuable Player (MVP), Bryce Cotton. With the standout shooter on the sidelines, the Wildcats still went to work early, racing out to a 22-16 lead against the Hawks. The second term saw a tale of two halves as the Wildcats advanced to as much as 13 points at one stage, before some late baskets in favour of the visitors reduced the deficit back to the six points at the main break.

Illawarra managed to keep touch with the Wildcats after half-time, even hitting the front late in the term, only for the Wildcats to steady and ensure the the margin stayed at two plays (four points). The final term was a trading of baskets for the most part, with the Wildcats back out to a six-point advantage with 4:24 on the clock. Five straight points to the Hawks’ Justinian Jessup had the deficit cut to just one with 1:56 remaining. When Mitch Norton only secured one of his two free throws 10 seconds later, Jessup made him pay with a long-range jump shot for the Hawks to hit the front for only the second time in the match.

Justin Simon slammed home a dunk with 20 seconds in the match and the lead was out to three points, and the Hawks suddenly in the box seat for the win. Former Hawk, Todd Blanchfield had other ideas as his layup with 13 seconds remaining cut the deficit back to one, but the Wildcats still needed to find another basket. It was fitting that Jessup was able to put up the final point of the match via a free throw, but a second free thrown missed, and John Mooney picked up the defensive board. With four seconds on the clock and a three-point deficit, the Wildcats opted for the win rather than the draw and extra time, and Blanchfield was trusted with the shot. Unfortunately it missed, and the buzzer sounded with the Hawks winning 74-72.

Tomorrow night’s second game at the WIN Entertainment Centre starts at 5:30pm AEST with the Hawks able to close out the series, or the Wildcats responding with a win and forcing a third game back at RAC Arena on Monday.