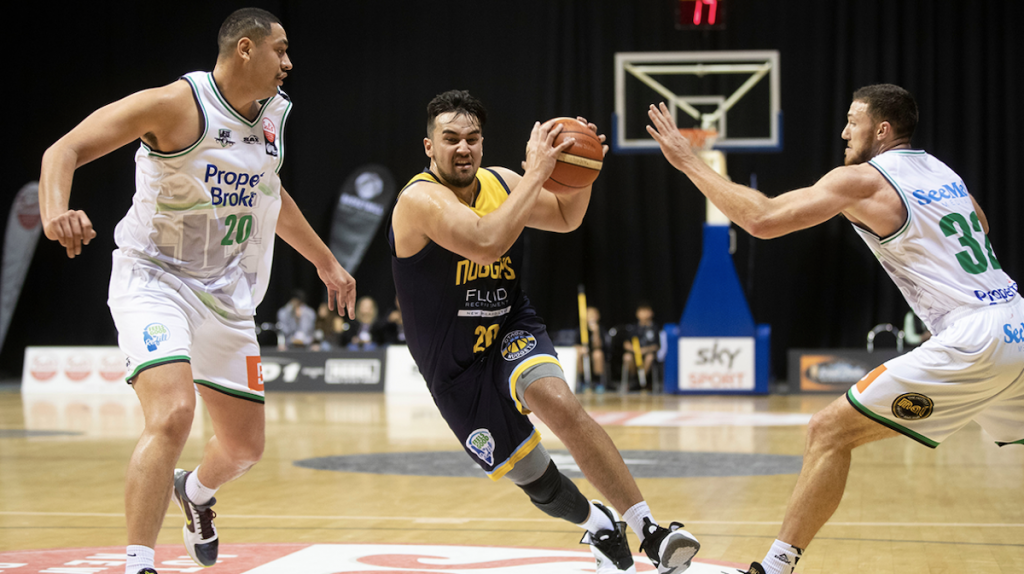 The penultimate night of the 2020 Sal’s National Basketball League (NBL) Showdown regular season has a couple of tantalising clashes. The third placed Taranaki Mountainairs are fighting for a top two spot with a loss to the Franklin Bulls ruling them out of qualifying final contention. The second game is a potential qualifying final preview with the top two teams, Otago Nuggets and Manawatu Jets facing off.

It is now or never for Taranaki Mountainairs who must win their clash with Franklin Bulls to have a chance at cementing a top two spot. A win will not guarantee them a top two place, but they will move into second with both Otago Nuggets and Manawatu Jets to face off in the next game. It will be the Airs final game of the regular season, as the first team to reach 14 games and have a break until next week’s Finals Series which could be a telling factor in recovery. The Bulls on the other hand have their own individual battle with Auckland Huskies to see who finishes fourth or fifth. Realistically, it will not matter because both sides will face off in the first week of finals. The only difference will be if the Bulls win here and then win their final match to over take the Airs in third.

After looking like a top two chance a couple of weeks ago, the Bulls have stumbled in weeks four and five, dropping three of a possible four games and scoring no more than 84 points in that time. To their credit they have kept their opposition to double-digit scores, but it has not been enough to take home the win. Isaac Davidson (16.3 points) and Dom Kelman-Poto (16.0) have been the key scorers, while Sam Timmins (11.9) has contributed well from the five. Both Kelman-Poto and Timmins contribute about 15 rebounds per game, while the team’s highest playmaker is Jackson Stubbins with just 2.8 assists per game.

The Airs have maintained touch with the top sides, though back-to-back losses to Auckland Huskies and Manawatu Jets in the past week has hurt their chances. An important win over Nelson Giants last night ensure the Airs are still in with a shot to earn a qualifying final spot, but must win the clash. Derone Raukawa has been the star this season, leading the way for his side with 23.1 points and 7.9 assists, while Marcel Jones has been phenomenal off the boards with 13.8 rebounds to accompany 22.5 points and 4.5 assists. The duo have caused all sorts of headaches for the opposition. Shane Temara (12.8 points, 6.5 rebounds) and Ken Tuffin (10.3 points, 5.5 rebounds) have also been prolific across the season.

Neither side has had perfect form leading into this clash, but there is more on the line for the Airs, so expect them to go as hard as ever to try and come away with the points.

In what could be a grand final preview, the top of the table Otago Nuggets and Manawatu Jets battle it out for potentially pole position heading into the finals series. If the Airs are victorious in the previous game, then winning is crucial because for the loser, it will come down to their final game of the round on Saturday. If the Airs lose, then this game is largely a warm-up for finals as neither team can slip below the Airs. However plenty is on the line for these sides with the teams set to meet again next week, and getting confidence heading into the finals will be huge.

Otago Nuggets have an even side across the board, with Jordan Ngatai a dominant performer, but one of a number of fluent scorers that has helped Otago to win its past three games. Ngatai is ranked second for all of points (18.3), assists (4.1) and rebounds (5.4), though Jordan Hunt (18.5 points, 5.8 rebounds) and Josh Aitcheson (11.5 points, 2.3 assists and 4.7 rebounds) have also being really strong. Jarrod Kenny is the key facilitator, dishing out a team-high 5.3 rebounds to go with his 12.8 points per game this season.

The Jets are in similar form, winning the past four games, and scoring over 100 in three of them, and 99 in their most recent win over Franklin Bulls. Since their disaster against the Nuggets back on July 11 where they lost by 36 points, Manawatu has looked a genuine title contender, especially with all their big guns firing. Fresh off a 43-point double-double effort which featured 10 treys, Tom Vodanovich is as dangerous as they come in the offensive half. He is far from the sole shooter though, with Jayden Bezzant (20.0 points) and Taane Samuel (18.4) both recording big numbers, Hyrum Harris can do a bit of everything with 14.8 points, 12.3 rebounds and 6.8 assists per game this season.

The Nuggets found the formula to defeat the Jets last time, but the Jets are in ripping form. One thing is for sure, it will be a high scoring contest.