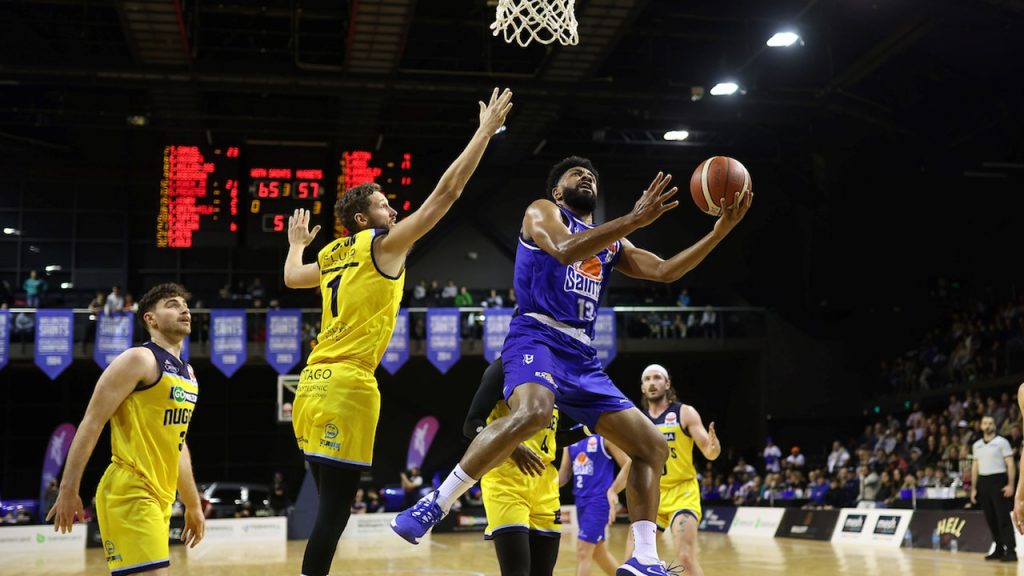 WELLINGTON Saints will head into the New Zealand National Basketball League (NZNBL) Final Four as the team to beat, securing top spot on the ladder following a 17-point triumph over the Otago Nuggets. Whilst the Nuggets were not in finals contention after Auckland Huskies wrapped up the last spot in the post-season series last night, they have been largely competitive throughout the 2021 season. That was again the case for the most part, with a last quarter dominance from the home team seeing the eventual final margin out to 17, 102-85.

Wellington started strongly knowing the Saints needed just one more win to secure the minor premiership ahead of the post-season series which starts in just over a week. They lead by six points at quarter time after a 25-19 first term, before the Nuggets cut into the deficit by one with a high-scoring second term with a combined 61 points scored (31-30 in favour of the visitors). The Saints extended their lead out to seven by the final break with a 21-19 third quarter, then put the foot down as they so often have this season, piling on 26 points to 16 in the last to blow out the game and run out comfortable winners.

Kerwin Roach Jr won the Most Valuable Player (MVP) honour for 27 points, four rebounds, four assists, five steals and three blocks in an all-round effort for the Saints. Combining well with Roach was Taane Samuel who managed the 23 points – five of nine from long-range – and five rebounds. Dion Prewster (13 points, five assists, three rebounds and two blocks) and Tohi Smith-Milner (12 points, three rebounds and three steals) held their own from the starters, whilst Troy McLean managed 10 points and four rebounds in 17 minutes coming off the bench.

For the Nuggets, Gerasimos McKay had a team-high 25 points – three of four from long-range – as well as six rebounds and two assists. Isaiah Moss (23 points, three rebounds and two assists) and Richie Rodger (11 points, seven rebounds and three assists) both contributed three triples. Sam Timmins (13 points, 11 rebounds) picked up a double-double in the loss, whilst Luke Aston had six points and two rebounds in the top performer off the bench in defeat.

Wellington Saints have two more games left despite securing top spot, able to manage players ahead of the Final Four with road trips to take on Franklin Bulls and Auckland Huskies. The Otago Nuggets have the one match left, hosting Canterbury Rams on Saturday night.