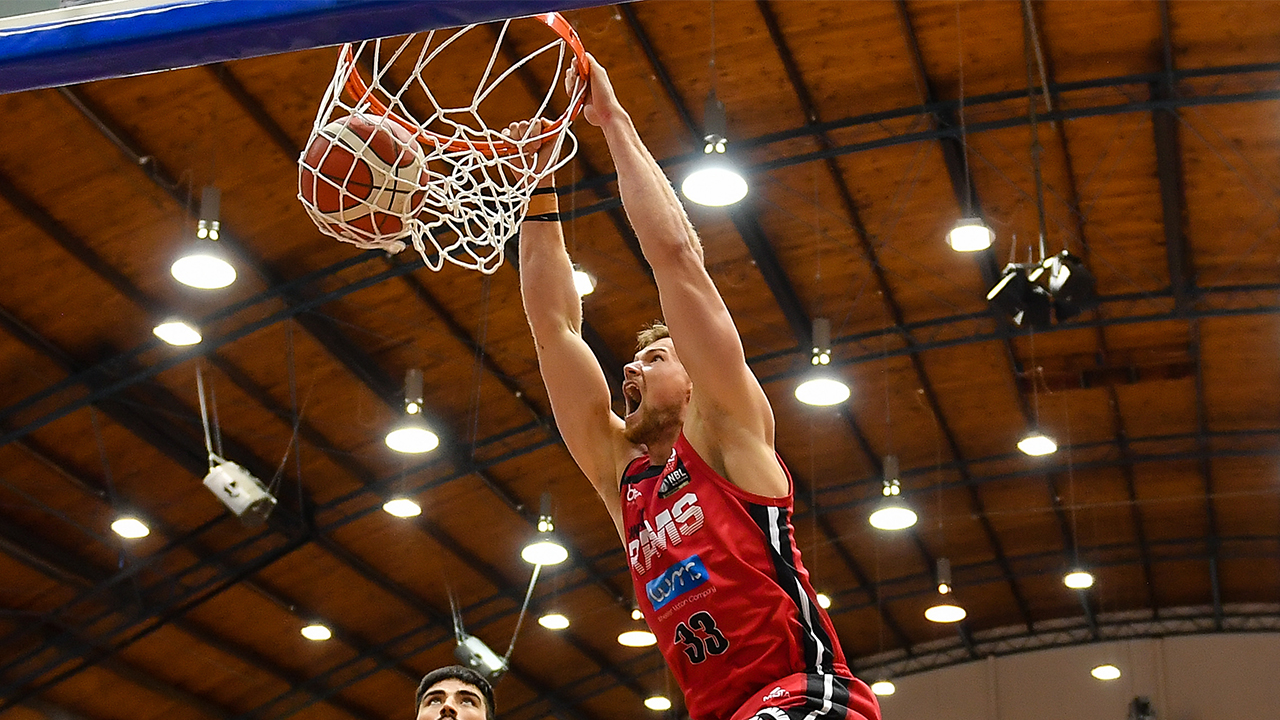 WELLINGTON Saints have cruised to a massive 32-point win to make a statement to the rest of the New Zealand National Basketball League (NZNBL), proving too good for Southland Sharks in a dominant top of the table clash. In the other match, Canterbury Rams secured their first win with a hard-fought 11-point victory over Manawatu Jets on the second night of Round 2.

In the Saints’ smashing, Wellington actually started slow to be trailing by seven points at the first break. That soon changed in the second term, as the home team piled on 29 points to 15 to lead by seven themselves. Southland kept themselves in contention by conceding only two extra points heading into the final break, but it only spurred the Saints on, as they slammed home 34 points to 11 to blow out the margin to 32 points during the 105-73 victory.

Washington Saints were terrific from the field, shooting at 68 per cent from two-point range and 50 per cent from three-point range, also knocking down 13 of 14 free throws. The Sharks were solid themselves, but were still lower at 58 and 31 per cent from two and three-point range respectively. The home team won most of the statistics with a plus-five in rebounds (30-25) and assists (19-14), also winning the blocks and steals, and capitalising on the Sharks’ 19 turnovers to score 29 points. Southland marginally were ahead in the points in the paint (48-42).

For the Sharks, there was no standout shooter, but Dom Kelman-Poto had plenty of influence with 11 points – five of six from the field – six rebounds and six assists. Brayden Inger (12 points, two rebounds), Alonzo Burton (12 points, three steals) and Courtney Belger (10 points, two rebounds and two steals) all reached double-figure points, while Sione Helu had nine points and four rebounds off the bench in 16 minutes.

Meanwhile Canterbury Rams secured their first win of the season with an 87-76 triumph over Manwatu Jets. The Rams led by six at the first break, and while they lost the second term by a point, quickly got back on top to win the second half by six and secure the 11-point win.

For the Jets, Daishon Knight (24 points, six rebounds, five assists and two steals) dominated and teamed up well with Jayden Bezzant (20 points, five rebounds and two steals). Shane Temara also reached double-figure points and an almost double-double of 11 points, nine rebounds and two assists, while Jake McKinay (seven points, six rebounds) was the pick of the Jets off the bench.

Manawatu Jets and Southland Sharks both have the quick turnaround, with last night’s losers up again tonight facing Otago Nuggets and Hawke’s Bay Hawks on the road respectively. The Canterbury Rams wait until May 14 to face off again, this time against Auckland Huskies, while the Wellington Saints will play the day after up against the Nelson Giants.