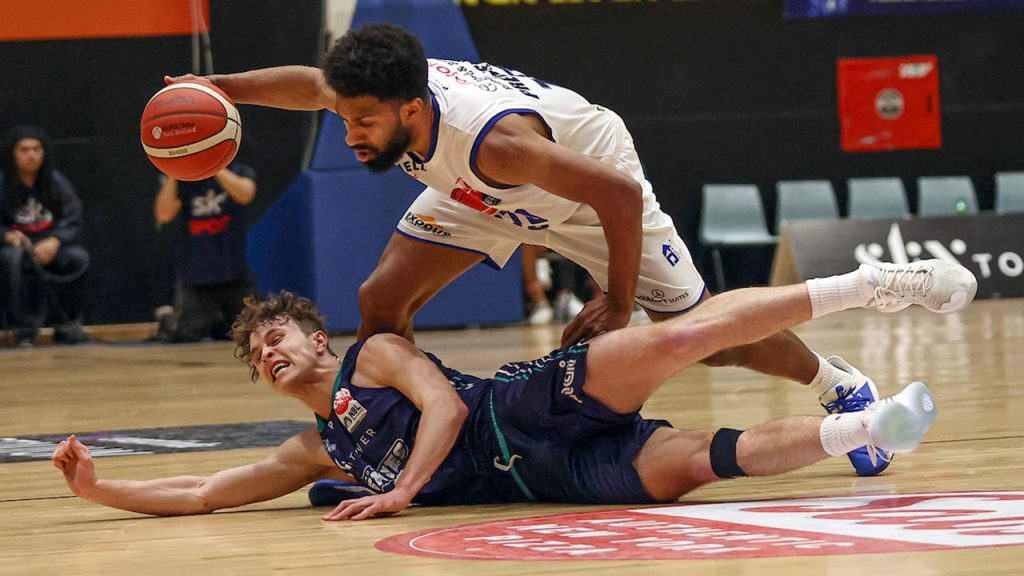 TOP of the table Wellington Saints have grabbed the mental edge over Auckland Huskies in an impressive New Zealand National Basketball League (NZNBL) win last night, whilst Canterbury Rams ended their season on a high with a good win over Otago Nuggets. Ahead of their do-or-die semi-final clash on Thursday night, the Saints will look for much of the same against the Huskies after the last regular season day win of 85-61. Meanwhile the Rams’ 17-point win over Otago Nuggets saw them leapfrog the Nuggets into fifth.

Wellington Saints powered away early against the Huskies, putting on a 10-point lead to show why they were well positioned ahead of the Final Four. The Huskies were not going to go away however, with the fourth placed side winning the second term 21-17, and cutting the deficit back to six at half-time. Wellington really took control after the main break however, putting the foot down with 41 points to 23 to win, 85-61.

It was an even Most Valuable Player (MVP) voting with Dion Prewster eventually getting the nod for his game-high 23 points, as well as nine rebounds and eight assists in an almost triple-double effort for the Saints. Taane Samuel put up 20 points, four rebounds and two assists in an equally impressive effort, shooting three of six from long-range. Kerwin Roach Jr (10 points, four rebounds and two steals) and Ken Tuffin (11 points, three of six from beyond the arc) were other Saints who hit double-figures.

Auckland Huskies had two clear standouts, with one double-double and another almost double-double. Justin Bibbs (18 points, nine rebounds and four assists) was strong across the game, whilst Tom Vodanovich was rewarded with a double-double of 17 points, 10 rebounds and two assists. Takiula Fahrensohn had 10 points and four rebounds coming off the bench in the other player to reach double-figure points.

In the other match, Canterbury Rams grabbed fourth spot in the dead rubber clash against Otago Nuggets, winning three of the four quarters on their way to a 17-point triumph. The first term was a high-scoring contest of 56 points, as the Rams edged ahead by two with a 29-27 term, also adding five more points to the lead to be up by seven at half-time. Level in the third term, Canterbury put the foot down in the final stanza to pile on 30-20 and run away with the contest, 101-84.

Luke Aston (23 points) and Richie Rodger (22) both had a couple of rebounds, but it was Sam Timmins once again who stormed to 20 rebounds – 17 defensive to keep the Nuggets in the contest, and also finish with eight points, three blocks and two assists. Isaiah Moss also reached double-figure points with 13 points, three assists and two rebounds.