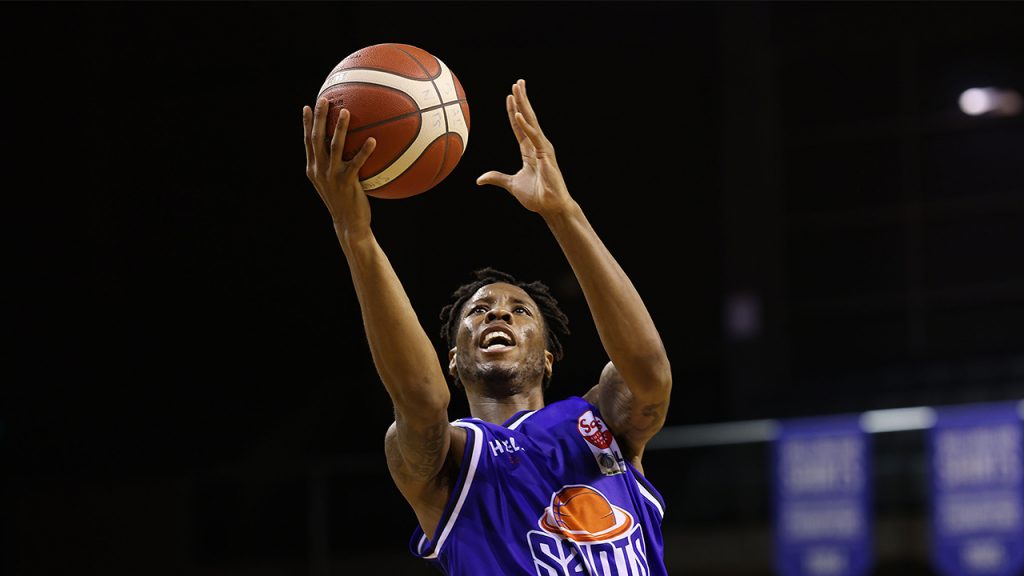 WELLINGTON Saints have once again shown why they are the team to beat, answering a second quarter challenge from the Auckland Huskies, only to put the foot down and storm to a massive 31-point victory in last night’s New Zealand National Basketball League (NZNBL). The Saints headed into the home clash at TSB Bank Arena as favourites having not dropped any of their first five encounters, and left with another win in the bank, as all five starters picked up double-figure points, lead sensationally by captain Dion Prewster in the 107-76 triumph.

The Saints were ready to go from the opening tip-off racing out to a nine-point lead thanks to a 32-23 first term. In the second quarter the Huskies hit back with a 28-21 term to cut the deficit back to two and leave the margin between the teams at just two points. As like in most of the previous encounters a hungry Saints outfit came out after the half-time break, and completely dominated proceedings, restricting the visitors to just 25 points in the second half, whilst amassing an almost-identical first half on their scoring front.

Winning the third term 28-13, the Saints increased their two-point half-time lead to 17 by the final break, before doubling down on that dose with a 26-12 fourth quarter to secure the huge 31-point triumph, 107-76. Aside from a half of the first term when the Huskies held the lead trading baskets, once the Saints took the lead with a few minutes left in the opening stanza, they never gave it up. Just before half-time the Huskies had levelled the scores, but there was no stopping the Saints who ended up winning by the equal largest margin from the game in 31 points.

The Saints controlled the boards with a one-sided rebound count (50-23), and their ridiculous shooting from inside the arc (73 to 44 per cent) was remarkable, whilst dropping 12 triples on their opponents. The home team lead the assists (18-15) and blocks (3-1), whilst dominating the key stats both points in the paint (54-34) and second chance points (25-2). Auckland had some positives too, having six less turnovers (11-17), and therefore winning the points from turnovers (22-14), as well as their bench chipping in more (34-19), but the weight of numbers was easily in the Saints’ favour.

Prewster recorded 34 points, six rebounds and six assists, scoring five of eight from long-range in the dominant display to lead the Saints to a big win. Kerwin Roach Jr was hard to stop in the paint with some impressive dunks leading to 15 points, eight rebounds and four assists, while Tohi Smith-Milner also secured most of his points inside the arc with 13 points and seven rebounds. Taane Samuel (16 points, four rebounds and four assists) and Ken Tuffin (10 points, four rebounds and three steals) were also busy on the night.

For the Huskies, Chris Johnson led the way with 16 points and six rebounds, shooting an equal team-high two triples in the game. Takiula Fahrensohn was the other double-digit scorer coming off the bench for 14 points and three steals in 22 minutes, while Zach Riley (nine points, five rebounds, four assists and two steals) and Sean Murphy (nine points three assists and two rebounds) tried hard throughout the contest.

Auckland Huskies will have to lick their wounds quickly to rebound in tonight’s home clash against Otago Nuggets at Eventfinda Stadium, while the Wellington Saints have a bit of time up their sleep before travelling to TSB Stadium on Friday to lock horns with the Taranaki Mountainairs.