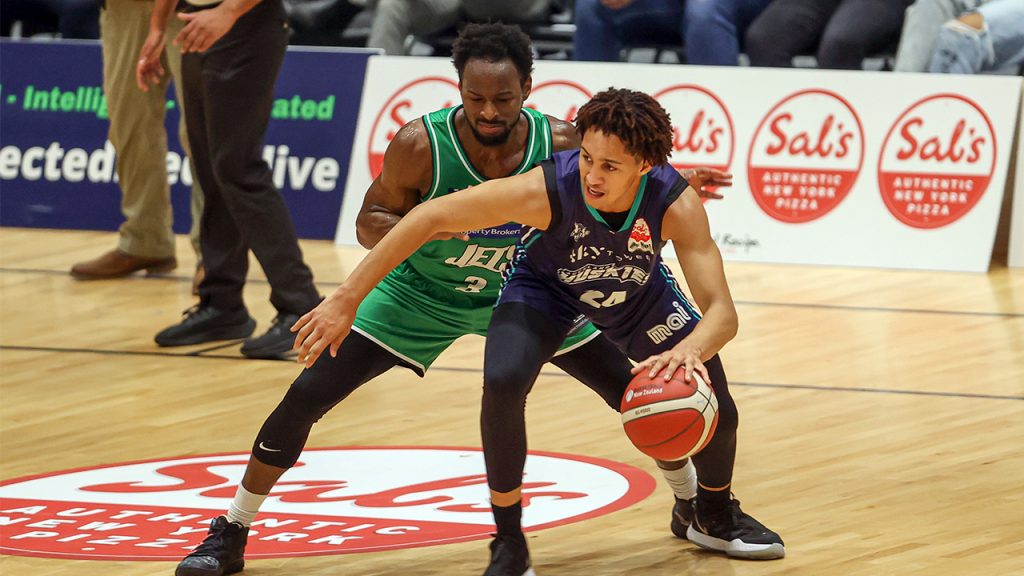 ALL three Round 1 winners have now made it 2-0 from the opening six games, leaving the six other sides winless in their respective opening encounters. The Wellington Saints proved too strong for Canterbury Rams, winning 95-74 last night, while Auckland Huskies had a tougher assignment on the night against Manawatu Jets but eventually got the job done by nine points, 106-97.

In the Saints game, Wellington won three of the four quarters against the Rams, starting strongly to take a three-point advantage over Canterbury at quarter time, before blowing out the margin to lead by a whopping 13 points at the main break. The 26-16 second term was a huge factor in the win, though the visitors did hit back with a high-scoring 27-23 third quarter. That cut the deficit to just six at the final break, but a dominant 23-11 final term saw off any chance of a comeback from the Rams.

The Saints who shot more effectively, hitting 55 per cent of their chances from the field, having one less shot, but six more makes as the Rams recorded a 45 per cent efficiency. Neither side was particularly good from the charity stripe (63 to 55 per cent in the Rams’ favour), whilst both teams hit nine triples. The Saints did win the rebound count (38-32), as well as the steals (6-3), blocks (3-1) and dominated the points in the paint (48-36) and from turnovers (21-8), while the Rams had more assists (16-13).

Dion Prewster backed up his enormous Round 1 effort with another huge night out, picking up 31 points, five rebounds, three steals and two assists while Kevin Roach Jr (18 points, seven assists and five rebounds) and Romaro Gill (17 points, seven rebounds and two blocks) were also strong players from the starting tip-off. Ken Tuffin nailed 13 points – including three of five from long-range – while Tohi Smith-Milner proved a problem off the boards with nine rebounds and three assists to accompany eight points.

Meanwhile in the other match, the Huskies outlasted the Jets in a high-scoring thriller, coming from seven points down at the first break to post a 106-97 victory. The Huskies found themselves trailing 24-17 at quarter time, but slowly turned it around with a 27-22 second quarter to head into half-time trailing by just two points. They hit the front in the third term courtesy of a 29-22 quarter, then held on with a high-scoring 33-29 final term to win by nine points.

The Jets made the most of less chances, shooting at 51 per cent from the field to the Huskies’ 49 per cent, but that was largely due to a high two-point range efficiency, knocking down 66 per cent of their shots to the Huskies’ 53 per cent. From long-range the Huskies capitalised with 11 triples to the Jets’ five, and only missed one of 14 free throws. The Huskies led the rebounds (44-40), assists (16-15), steals (9-7) and points from turnovers (20-10), having just the eight turnovers to the Jets’ 12. Manawatu did dominate in the paint with 60 points to 52, and had 15-10 second chance points.

Two players knocked down 30 points on the night, with Jeremy Kendle again being a key contributor in the Huskies’ win. He hit 30 points – at 58 per cent efficiency from the field – as well as eight rebounds, recording four of nine three-point attempts. Dontae Nance came off the bench for 26 points and four rebounds, as Sean Murphy picked up a double-double himself of 14 points and 11 rebounds. Brooke Ruscoe-Taiaroa was the other big points scorer with 14 , as well as four assists, three rebounds and three steals.

For the Jets, Daishon Knight came off the bench for an equal game-high 30 points, as well as six assists and three steals, nailing every one of his 13 attempts from two-point range. Shane Temara (16 points, 10 rebounds) and Jayden Bezzant (15 points, three assists) were others who stood out from the starting perspective, while Deandre Daniels (12 points, five rebounds) was strong off the bench.

Manawatu Jets have he quickest turnaround of the four sides, taking on Franklin Bulls tonight, with the Canterbury Rams playing Hawkes Bay Hawks tomorrow. Wellington Saints host fellow undefeated side Southland Sharks next Friday night, while the Auckland Huskies wait until Sunday week to take on Nelson Giants at home.