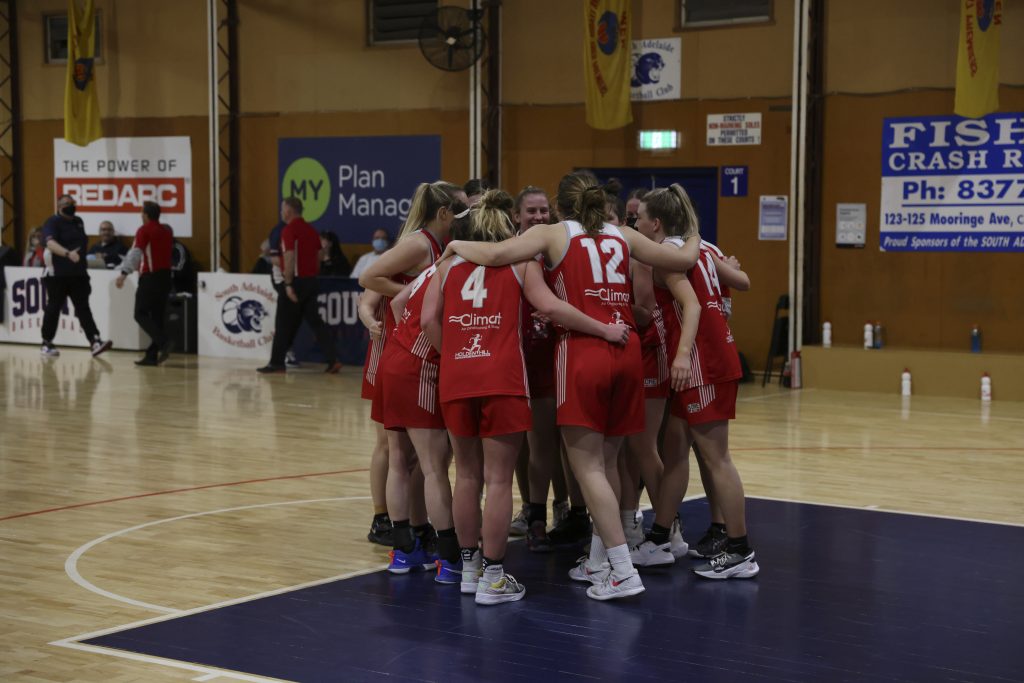 NORTH Adelaide Rockets have continued their rise into the 2021 National Basketball League (NBL)1 Women’s Division Grand Final after defeating South Adelaide Panthers by just four points last night. The Rockers came from fifth spot on the ladder and three do-or-die finals to reached the decider next week. Of the three, the 76-72 preliminary final was the biggest challenge of the lot.

The Rockets started off well on the road at Marion Basketball Stadium, leading by two points at quarter time and five points by the main break. As expected the Panthers clawed their way back into the contest by winning the third term 21-18, which left the margin at just two points, setting up a blockbuster final term. With plenty of chances at both ends throughout the last quarter, the scores were ties when Olivia Thompson nailed a basket with 70 seconds on the clock. Courtney Hansen and Taylor Ortlepp both drew fouls and extended the Rockets lead out to four with 36 seconds remaining.

A timeout from the Panthers saw Ashley Spencer miss a potential three-pointer, but Thompson was there for the second chance point opportunity and cut the deficit to two points with 28 seconds on the clock. A potentially deadly foul on Jordan Hunter handed the ball back to the Panthers, but the home team missed the chance through Hatti Cox to level the scores, and instead star Rocket Jess Good drew the foul went to the line and nailed both free throws to make it a four-point game in the last seven seconds to guarantee the win, 76-72.

Unsurprisingly it was Good who was very good, putting up yet another double-double for the Rockets to steer them into the grand final. She produced 13 points and 17 rebounds a- 13 defensive – as well as four assists and three steals for her troubles. Hansen also notched up a double-double of 13 points and 13 rebounds – eight defensive – to be equally damaging off the boards. Ortlepp was the premier scorer for the winners, picking up 23 points – despite only five of 16 from the field – forced to the line where she made 10 of 12 from the charity stripe. She also amassed five rebounds and three assists in the match.

Sam Defrancesco (14 points six rebounds) and Shannon Webber (nine points – three of six from long-range – and two rebounds) were the other key players. Meanwhile it was a one-person wrecking machine for the panthers as Thompson slammed home a match-high 35 points – almost half her team’s total – with 13 from 30 from the field, and pulling down 17 rebounds – seven offensive – as well as two assists and two steals.