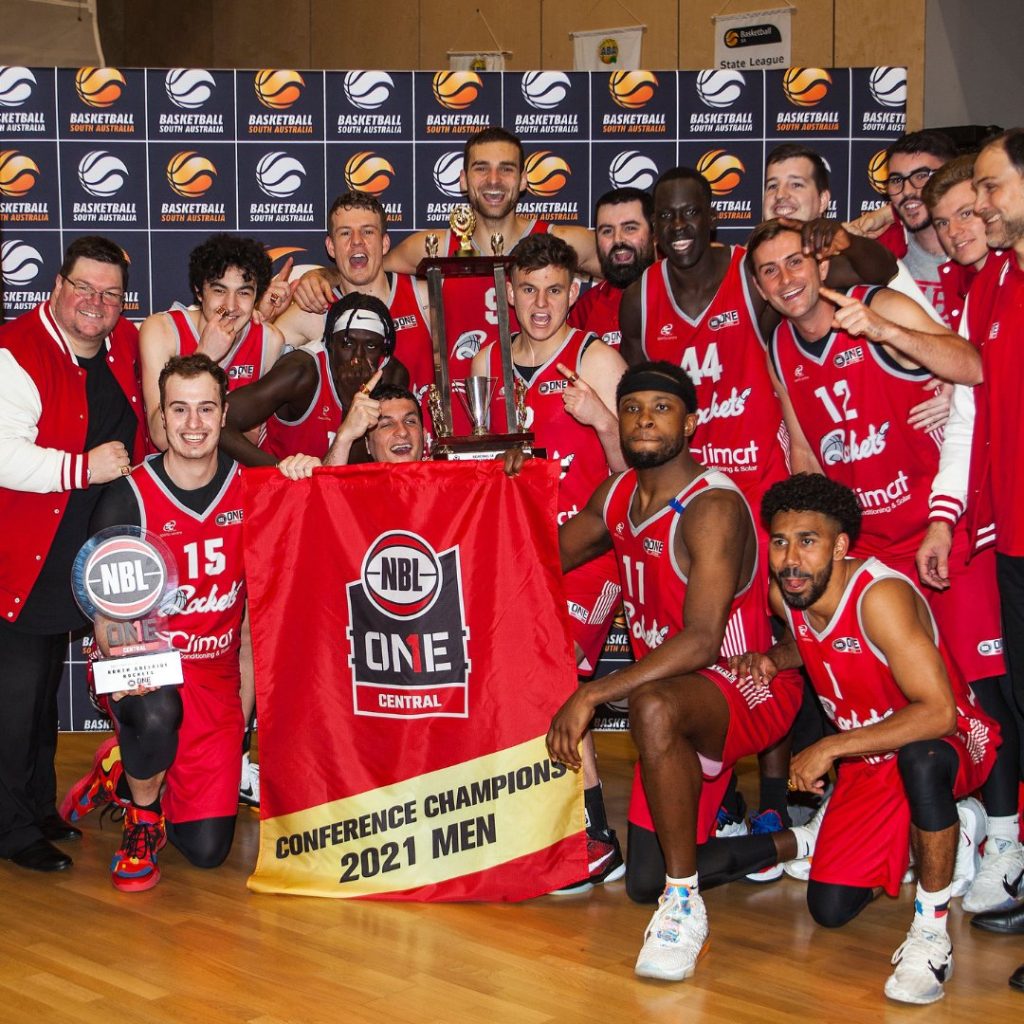 NORTH Adelaide Rockets have completed a remarkable run from a 1-6 start to the 2021 National Basketball League (NBL)1 Central men’s division season to claim the title from fourth spot. The Rockets defeated Norwood Flames by 15 points in last night’s decider, with the Flames themselves also a surprise grand finalist after finishing third on the ladder, but taking out the top two sides en-route to the grand final. The Rockets started strongly and never let up to run out 87-72 winners in the contest.

The match started looking like the Rockets were going to run away with a huge win, piling on 25 points to 16 in the opening term to lead by nine at quarter time. As it would prove true, the Rockets were able to build off that momentum to lead by 11 at half-time and really force the Flames and the league’s Most Valuable Player (MVP) CJ Turnage onto the back foot. The Flames tried to force their way back into it, but could only break even in the third term, and then the Rockets again lifted for the final stanza, scoring 24 points to 20 to win by 15, 87-72.

There were numerous individual performers for the Rockets, with three massive double-doubles, lead by Adelaide 36ers star Sunday Dech. He not only picked up a double-double but almost a triple-double of 15 points, 13 assists, nine rebounds and six steals to share the rock around and be a force on the offensive plays. Adelaide 36ers teammate Jack McVeigh produced a double-double himself with 21 points, 13 rebounds, five assists and two steals, while Tobias Dowdell scored a team-high 27 points, 10 rebounds and two assists, shooting at an elite 73.3 per cent from the field, including both three-point attempts. Jimma Dau was the other key scorer for the Rockets with 14 points, seven rebounds and three assists.

Turnage unsurprisingly led the Rockets offence with 20 points, though shot at 42.1 per cent from the field, with three of seven from beyond the arc. He also managed eight rebounds and four assists on the night, teaming up well with Matt Lycett  (18 points, seven rebounds). Anthony Green reached double-figure points with 11 points, with rebounds and two assists, whilst there were a number of key rebounders in defeat. Jordan Wilson (nine points, five rebounds), Ray Harding (eight points, three rebounds and three assists), and Daniel Webber (six points, five rebounds, three assists and two steals) were all strong contributors in the end.

North Adelaide won its first title since 2007, and the inaugural official NBL1 Central men’s division championship, whilst Norwood heads home close, but not quite enough to get the win.