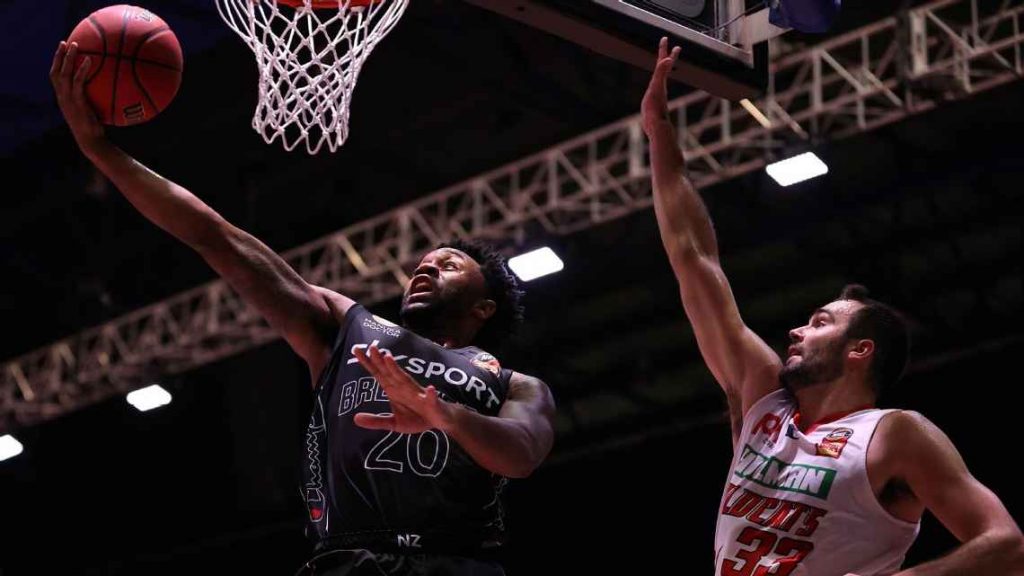 NEW Zealand Breakers have stunned the reigning National Basketball League (NBL) back-to-back premiers, knocking off Perth Wildcats by two points in a thrilling finish at Silverdome last night. The Breakers went in as heavy underdogs against the second placed Wildcats, who were keen to catch up to Melbourne United, but instead fall two wins behind after dropping the game to the eighth placed Breakers, 86-84.

The Breakers started the game strongly, racing out to a five-point quarter time lead, but that quickly evaporated as the Wildcats hit back in the second term with 24 points to 18. Now in front by a point, the Wildcats were expected to go on with it, and they did in the third term to an extent, breaking out to a three-point lead at the final change, but never quite shaking the Breakers. Leading by as much as five points in the final quarter the Wildcats could never quite get comfortable, and for a large portion of the tense final moments, the teams were even and looking like heading to overtime.

Instead, with one second left on the clock, Levi Randolph hit a floating two-point jumper to win his side the game in remarkable fashion. Whilst the Wildcats had a timeout and one second on the clock, it was obvious who the ball was going to for the final play, with star shooter Bryce Cotton having a crack at the buzzer beater from long-range but it was not to be, and the Wildcats had to settle for the disappointing two-point loss.

The Breakers were simply more effective on the shooting front, nailing nine of 24 from long-range as the Wildcats went missing from distance, only hitting one of 12 in an uncharacteristic effort. The Breakers were elite from inside the arc, hitting 62 per cent of their shots to the Wildcats’ 55 per cent, as well as having only the six turnovers for the entire match. The Wildcats’ big men still went to town on the inside, picking up 56 points in the paint to the Breakers’ 38, but the long-range shooting and the accurate jump shots helped the home team secure the win.

For the Wildcats, Cotton did not have a night from the field he would have liked, finishing with 19 points, but only 33 per cent from the field, and none of four attempts from long-range. Instead it was John Mooney (25 points, nine rebounds, four assists and two steals) and Todd Blanchfield (21 points, four rebounds and four assists) who stepped up in the loss, but it would ultimately not prove enough to get the reigning premiers over the line as they headed home disappointed.

The Breakers do not have to wait long to run out on the court again, taking on Illawarra Hawks tomorrow night back at the Silverdome, whilst the Wildcats get a crack at the ladder leaders Melbourne United on Wednesday night.