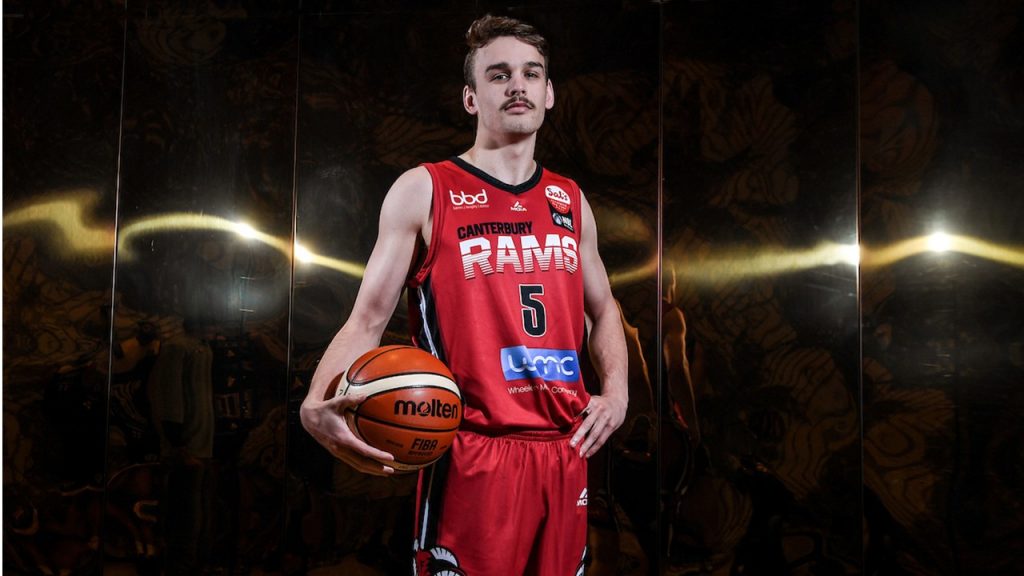 CANTERBURY Rams picked the perfect time to snap their double-digit losing streak, knocking off Franklin Bulls in an upset 21-point victory on the final day of regular season Sal’s National Basketball League (NBL) action at Trusts Arena. Despite not winning since the second week of action a month ago, the Rams have come good on the eve of the finals series with a dominant performance against the Bulls following a quarter time deficit. The Rams enjoyed an impressive 85-64 team win, with Franklin’s inability to close out quarters costing them dearly.

Like many of the games this season, an exciting up and down first few minutes opened proceedings with Everard Bartlett laying the first basket of the game in. Fresh off recovering from illness and securing a new NBL contract with the South East Melbourne Phoenix, Reuben Te Rangi took control knocking down back-to-back threes to open the scoring account for the Rams. The big three for the Bulls got involved early with Dom Kelman-Poto making the first two of his 13 first half points, and an Isaac Davidson contested three led to a defensive stop and a Sam Timmins put back jam.

Te Rangi free throws gave him Canterbury’s first eight points while Franklin shared the offensive load early as Chris McIntosh knocked down a wide-open corner three. Canterbury’s one-man show ended with an Alex Talma three-point play and a Quintin Bailey hook out of the post after almost seven minutes of action. Kelman-Poto and Te Rangi, the two leading scorers on the night, then traded the lead as Te Rangi reached 10 first quarter points. The fourth-best scorer in the league Taylor Britt hit the scoreboard with a high finish off the glass, but Kelman-Poto saw that and raised him with a reverse layup up the other end to finish a fast-paced first quarter. The Rams trailed 17-18 at the first break shooting just three per cent better, but five more turnovers than the Bulls contributing to the narrow deficit.

Te Rangi used his strength to makes his way to a third trip to the line, his two makes from the charity stripe opening the second quarter of action. He would cause more headaches for Franklin’s defence as he was fouled on a deep three-point attempt, yet he still found a way to bank it in. Canterbury threatened to extend on their newly acquired lead as Rams big men Tom Webley and Bailey attacked the paint with Timmins on the bench. Bulls guard Jackson Stubbins hit a three-pointer and Davidson found Kelman-Poto alone inside with a pretty dime for two, a place where he would find himself unguarded on more occasions throughout the rest of the quarter.

An evenly poised first half was winding down with the Rams just one possession ahead, but Bailey and Britt capitalised on their sturdy defence and managed an eight points to nothing run to end the half, giving them a 41-30 lead at the main break. Te Rangi’s 15 points and Bailey’s perfectly shot 11 points paved the way for Canterbury’s buffer, while Kelman-Poto’s 13 points set him apart from Franklin’s six other scorers who had made just the one basket each. They needed to step up in the second half to give themselves any chance of finishing third, and they did.

Everything was coming up Franklin to start the second half as Kelman-Poto slashed inside for two, and Bartlett stripped the ball at half-court and found his way to the line after an unsportsmanlike foul. Kelman-Poto continued to be a thorn in the side of the Rams as he conjured up effort play after effort play with their 8-0 run bringing them back to within one possession of the Rams in under two minutes of play. It was suddenly game on and someone needed to step up for Canterbury. Of course, Te Rangi stopped the rot with a big time three-point play. Blocks from Timmins and Sioeli Vaiangina forced shot clock violations for the Rams and they were on the back foot despite taking all the momentum with them into the locker room. McIntosh and the returned Sam Smith traded threes as Franklin couldn’t quite command a lead despite their domination.

All good things come to an end at some point, though, and the Bulls unfortunately did not learn from the end of the last quarter that giving up a lead heading into the break was not ideal. Te Rangi and the Rams came back from squandering their lead to finish the quarter with a 12-0 run and lead 64-49. A deflating end for Franklin who used so much energy just to get back in the game, but they just could not hit their shots like the Rams had done. The blistering start they revelled in to start the previous quarter did not strike again with Canterbury making the first two baskets of the quarter. The lone hand of Kelman-Poto settled things down, but they needed to dig chunks out of the margin early, and a Britt triple did just the opposite.

Despite the 20-point margin, the game remained high-energy with both starting line ups remaining in the game. Rams coach Mick Downer clearly wanted to give his newly reacquainted team as much court time together as possible heading into their do or die matchups in next week’s finals series. With a semi-full-strength roster, Canterbury snapped a 10-game losing streak taking the win 85-64, timing their run to the finals well.

Te Rangi was Canterbury’s best with 26 points and four rebounds while Bailey’s 15 points off the bench came at important times in the game. Britt (16 points, three assists, five steals) and Talma (13 points, seven rebounds) were also solid in the win, but a solid defensive team performance led them to scoring 30 points from turnovers, something they will be looking to continue with. They will face the Nelson Giants in an elimination match on Tuesday, needing to be perfect from here on in if they want to win an unlikely championship based on their 4-10 record.

The Bulls will be playing in the tricky 4th vs 5th matchup and will demand more performers if they want any chance of advancing. Kelman-Poto’s 29 points and five rebounds finished an outstanding regular season for him, as no other Bull reached double-figures. Timmins’ 11 rebounds were the only positive, with 21 turnovers a reflection of a forgettable night and not an ideal one heading into finals. Davidson was held to just five points, and Bartlett to eight. If they are any chance of lifting the trophy in the final game of the season, they would want to bring that effort and intensity they had for most of the third quarter, not many teams will be able to stop that.