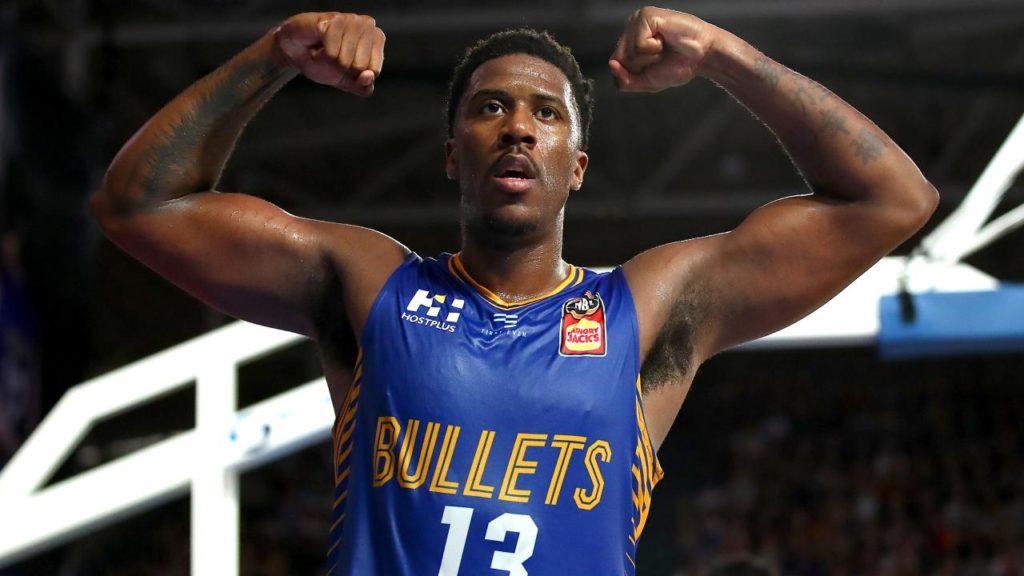 IN what has been one of the closest National Basketball League (NBL) seasons to date, everyone can start to feel the boiling point approaching with a mere four rounds remaining. While most of the conversation surrounding prospective teams to make the finals has focused on the likes of Melbourne United, the New Zealand Breakers and the Adelaide 36ers, there has been a quiet achiever that has gone under the radar late in the season, that now finds itself equal fourth on the ladder. That achiever being the Brisbane Bullets.

The Queensland side sits on a .500 record, alongside a struggling Melbourne United side that has come off second best in four out of their last five matchups, while the Bullets have strung together three very convincing wins in consecutive fashion. For a side that had sat in the gutter of the competition parallel to the Illawarra Hawks for most of the first part of the season, Brisbane has found their form to say the least and now finds themselves with an 11-11 record with six games left in their campaign whilst earning a record of 7-3 at home. Given Brisbane’s recent performances in front of their home fans, statistically they stand a better chance of outlasting Melbourne in their run to their playoffs, as the Bullets host their opponents in four of their six game in the lead up to late-February.

Following their convincing 29-point victory against the Hawks this past weekend, Brisbane had solidified its sixth win out of their last nine games and they have a number of factors to credit this achievement as they start to beef up their resume as a finals’ candidate. The first being the individual play of a number of athletes in the Bullets roster. The recent performances from the likes of Cameron Gliddon, Matthew Hodgson and Will Magnay can be argued as the unique factor that has triggered this successful run of games.

Firstly, with Gliddon, it has been his ability to makes shots in pivotal moments of games that has made him an obvious proponent of Brisbane’s positive run. While only averaging seven points per game and shooting 50 per cent from the field, it has been for the most part a very average year for the 30-year-old. But in his last two performances against Illawarra and New Zealand, he’s averaged a formidable 15 points while shooting at an 87.5 per cent clip. If Brisbane are to get off to a good start in their last six games of the season, firstly up against a lethal Taipans side, Gliddon will need to maintain this level of efficiency.

Secondly, it has been the joint performance of Brisbane’s men in the middle. For Will Magnay and Matthew Hodgson, their post-play and their rebounding diligence has been almost second to none across the league. Brisbane’s head coach, Andrej Lemanis, has been experimental with the couple, often starting either Magnay or Hodson, perhaps even both like the game against New Zealand. Nevertheless, Lemarnis was grateful for Magnay’s six-block effort against Illawarra but brought it back to team efforts in getting these wins.

“His rim protection is obviously a special thing… it’s an elite skill, but we had multiple guys in double-figures and 20 assists, so I think over the last five or six weeks or our offence has started to find its rhythm,” mentioned Lemanis post-game this past weekend.

With both players averaging close to double-doubles over the last month, the tandem is looking real scary at the pointy end of the season and will have their hands full when they square off with Cameron Oliver in their final game of the season, who is averaging 16.61 points per game along with 9.17 rebounds per game, the second highest amongst the league in the category.

While these players have played exceptionally well as of recent, Brisbane’s strong second half of the season is also a product of the team’s backbone in Lamar Patterson and their fearless leader in Nathan Sobey. For Patterson, it has been an Most Valuable Player (MVP) calibre season for the 196cm import forward, averaging 20.59 points per game, six rebounds and 4.77 assists. The utility/star player has proven week in and week out that it is a given he will produce the numbers to support his squad in this last sprint of the season, but in a league where the competition is tougher than concrete, he will need his teammates to rise to the occasion. Patterson also believes that his team’s recent momentum has been there, even in their losses and seems excited to see where the team is going. “I feel like we just been on a steady growth for the past month and a half, so it’s turning into some wins and hopefully we can just keep it rolling,” he said following their win against the Hawks.

Then there is the six-year veteran in Nathan Sobey. Despite the fact it being his first year at the helm of the Bullets organisation, the way he finishes the season could be a testament to the man’s career so far, while also projecting it further. Averaging almost 16 points per game, a modest three and a half assists and four rebounds, Sobey has been instrumental across the board when his side finds itself in an uphill battle. One of Sobey’s most obvious traits is his consistency from the floor. This is evident in the past month of basketball the man has played, constantly shooting above the 40 per cent mark, with an input of 13 points per game. This will be key in the run to attaining a finals position.

Brisbane begins its double-header weekend and the first of their six remaining games at home against a desperate Phoenix side that’s looking to regain lost footing. The biggest challenge facing the Bullets, will be limiting and subduing the Phoenix backcourt, more specifically they’re ability to nail the three-ball. With shooting weapons like John Roberson, Kendall Stephens and Mitch Creek at Simon Mitchell’s disposal, Brisbane veterans like Jason Cadee may need to rely on their knowledge rather than ability if they’re to offset a good shooting performance.

Perhaps being the more significant of the two contests for the Bullets, they’ll need all players from the starting five to the benchwarmers to be on guard, as Adelaide is feeling the heat after their demoralising loss to the Taipans in Round 16, so you can expect them to come out swinging. In addition, despite Eric Griffin’s lacklustre performance last week, the 203cm tall forward is averaging almost 15 points per game along with six and a half rebounds, so a bounce back performance is definitely on the table. Again for the Bullets, it will come down to the play of Hodson and Magnay if they’re to win in the rebounding and second chance points categories.