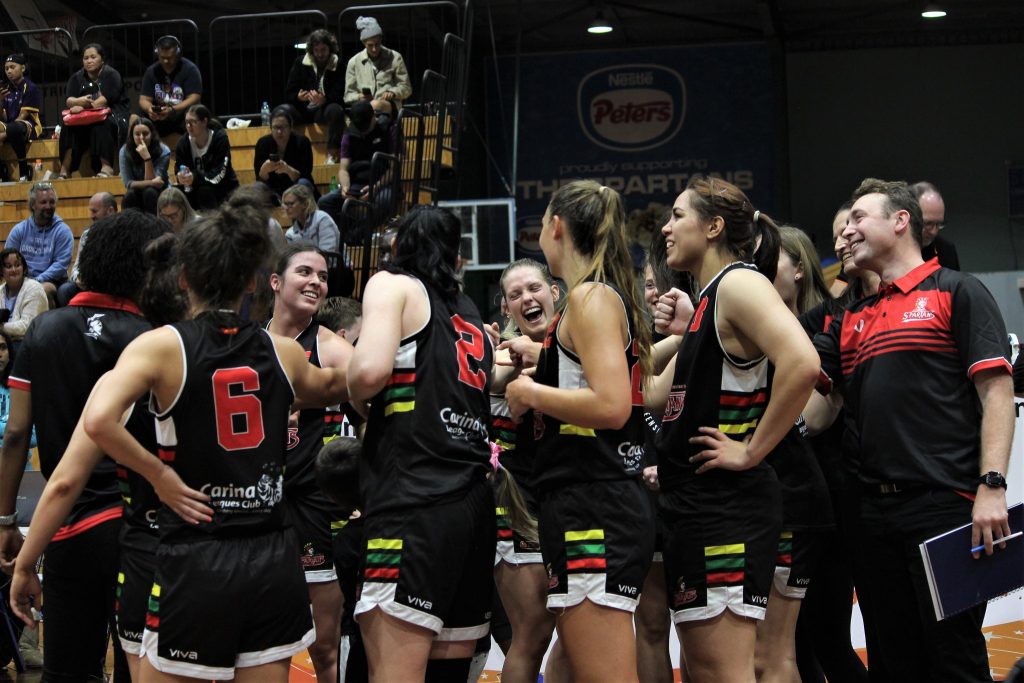 THE semi-finals tip-off tonight with the winner from the two games progressing into Queensland State League (QSL) Women’s Grand Final. Logan Thunder and Southern Districts will be hoping to get the wood over their lower ranked opponents in Gold Coast Rollers and Ipswich Force and repeat their efforts throughout the season.

Gold Coast will be riding high after a strong showing in last weeks quarter finals appearance, but will have to bring their A-game against Southern Districts Spartans who are well rested after advancing straight into the semis. The Rollers have a pretty good record heading into the clash winning four of the past five games they have played, including a win over fellow finalists Ipswich Force. However, the Spartans boast an even better track record, currently sitting on an eight-game winning streak such is their dominance across the league.

The Spartans have only lost one game and that was back in Round 3 against ladder leaders Logan Thunder so will be keen to keep that hot form rolling in the semi against the Rollers.  The last time these two sides met was back in Round 2 where Southern Districts got the job done by seven points in a thrilling encounter. Susannah Walmsley was the go-to girl in that clash knocking back 14 points and collecting seven rebounds in the process for Gold Coast while Rebecca Haynes did the damage for the Spartans with 23 points and 14 rebounds.

The Spartans have a wealth of talent across the court none bigger than Madelyn Willey who has proven to be a points scoring machine averaging 20.64 points per game . She is often well aided by the services of Natalie Taylor who was also showcased her ability to find the rim and put up competitive totals with an average of 17.82 points next to her name each time she steps out on court. The options do not stop there with Kalani Purcell another key contributor to the Southern District side with an average of 17.11 points while Holly Smith has also showcased her hot hand averaging 12.5 points per game. Haynes is the only other player within the squad to average double figures when it comes to points with 11.73, while her rebounding ability is also a key focus for her averaging 8.73. Much like Haynes, Purcell is strong off the boards leading the charge for the Spartans with 9.33 rebounds, while also starring with ball in hand to average 5.67 dimes a game.

There is no shortage of options for the Rollers when it comes to players who can attack the rim with Carleigh Patrick leading the way with an average of 13.8 three points each game. Patrick is coming off another strong performance and will be looking to inflict the similar pain she did in her previous outing to get her side over the line. Patrick is not the only one that can find her avenue to goal with Kisha Lee also proving to have an hot hand averaging 12.73 points each time she steps out on court while Siarn Woods is another option notching up 10.58 points per game. Lily Rotunno is the only other player that averages double digits when it comes to points with 10.58 showcasing the number of talents the Rollers have when it comes to scoreboard pressure. On the rebounding front Patrick leads the way once again with a total average of 7.75 each game while Sarah Ambrose cannot be underestimated averaging 7.25 rebounds a game.

With a week off under their belt, expect the Thunder to come out refreshed and most importantly firing against Ipswich who were put through the ringer in the quarter finals. The Thunder boast an undefeated record and will be eager to extend their winning ways with a strong four quarter performance against the Force who have had an up and down season in comparison. Similar to the Rollers, Force have won four of their last five games but will have their work well and truly cut out for them against a fine-tuned and silky Thunder outfit who have the premiership insight.

Logan Thunder claimed a 38-point victory the last time these two sides met back in Round 4 showcasing their dominance and scoring prowess making for an intriguing clash on tonight. The Thunder shut down Ipswich Force’s avenue to the rim while highlighting their ability to pile on scoreboard pressure and do so with relative ease. Amy Lewis was the main playmaker for the Force managing a team-high 16 points while for the Thunder it is no surprise that Mikaela Ruef found her range to sink an impressive 22 points and guide her side to victory.

The scoring load is often shared between a number of players within the Force outfit, however Lewis is the prominent scorer averaging 23 points per game. She often sets the tone for the rest of this team and dictates the scoring flow while also leading her side for average rebounds and assists 6.7 and 6.1 respectively to be seen as the barometer. Catherine Macgregor also chips in with a handy 15.33 point average performance. Rachel Mate is another one that has showcased her ability to hit the scoreboard at a reasonable rate averaging 15.25 points a game, while Georgia Ralph also knows how to make her way to the basket with 12.25 points to her name. Iris Cubit can also ply her trade off the boards, reeling in an average of 5.42 rebounds.

Boasting the powerhouse in Ruef, Logan Thunder possess one of the best shooters in the competition averaging 22.7 points a game. Ruef not only stars in the points scoring division but so too on the rebounding front averaging a double-double thanks to her 18.2 rebounds a game total. Danielle Bayes is another prominent figure for Thunder securing an average of 13.7 points a game while teammate Mikhaela Cann is highly capable of finding her way to basket averaging 12 points in each of her outings. Ashley Taia and Chevannah Paalvast both boast double-figure averages in 11.67 and 11.45 points respectively highlighting the multitude of avenues the Thunder have to score. Cann is a crucial cog in transition able to set up a wealth of plays credit to her team high average of 7.91 assists.