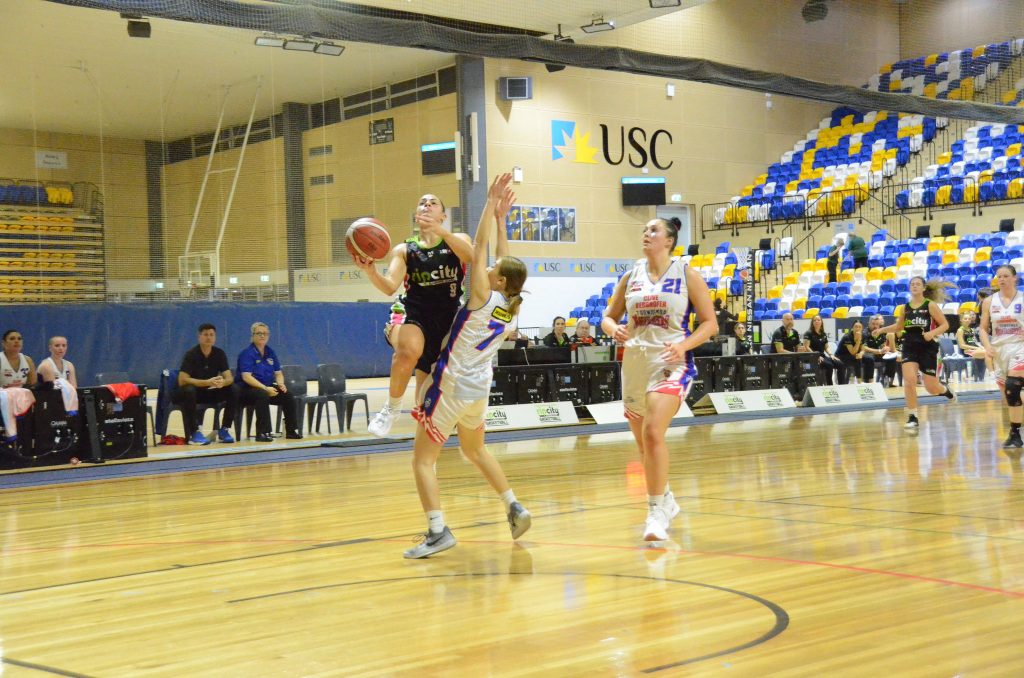 TOP of the table Brisbane Capitals will travel to USC Rip City tonight for the chance to win their third consecutive Queensland State League (QSL) Women’s game to open the season. By the end of the weekend, the Capitals could well be 4-0 with a clash against last placed Toowoomba Mountaineers on Saturday. Rip City also have a matchup on Saturday, taking on fellow mid-table side Northside Wizards.

In other matches, two undefeated teams in Logan Thunder and Southern District Spartans lock horns, and teams at opposite ends of the ladder with Sunshine Coast Phoenix Teal and North Gold Coast Seahawks clashing. Finally, a ninth against 10th battle sees South West Metro Pirates and Ipswich Force take to the court, while Gold Coast Rollers hope to improve on their fifth placed standing with a win against eighth placed Red City Roar.

University of Canberra (UC) Capitals young talent Maddison Rocci has starred this season in her first two games for USC, averaging 32 points per game, of which she has drained 10 triples from a massive 30 attempts. Her accuracy is lower than what it could be which points to the unbelievable volume of shots she is putting up. The Wizards’ Courtney Woods (30 points per game) has been more accurate and is working well alongside Steph Reid (25.5). Ashleigh Karaitiana (Roar) and Madelyn Willey (Spartans) both average 29.5 points per game.

Another Women’s National Basketball League (WNBL) talent in Mikaela Ruef produced a stunning 19-rebound effort for Logan in its sole game thus far while Toowoomba’s Tyla Stolberg (13.67) and Northside’s Regan Turnour-McCarty (13.0) have also been busy. Rocci is also leading the assist numbers with 7.5 per game, as well as four steals, while Willey, Caitlin Clany (Phoenix Teal) and Mikhaela Cann (Thunder) all average seven rebounds per match.

With all eyes on the court tonight, it will be interesting to see if the Capitals can restrict Rocci and USC, or whether or not the league’s top scorer can get it done and help her side to a couple of back-to-back wins as the season begins to heat up in the early stages.