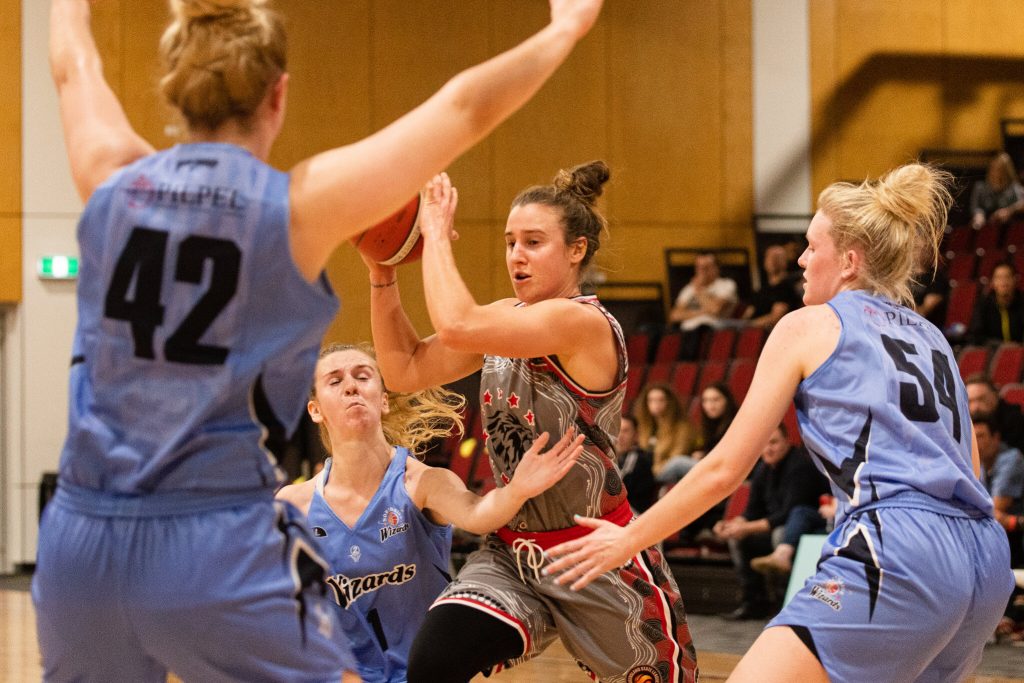 A LADDER-defining clash between sixth placed Ipswich Force and seventh placed Northside Wizards headlines our match of the round heading into Round 9 of the Queensland State League (QSL) Women’s competition. Whilst both sit at 4-4 prior to the round tipping off, the Wizards play the 10th placed Sunshine Coast Phoenix Teal and can move to 5-4 and leapfrog the Force ahead of their match. A loss, and the Force will have a game in hand heading into the match despite notching up the same amount of wins (four).

Northside is the visiting team in this encounter and will hope to bounce back after a devastating 14-point loss to Gold Coast Rollers last week putting their finals in doubt after back-to-back wins over Toowoomba Mountaineers and South West Metro Pirates in recent weeks. They come up against a Force side that has been in pretty good form, with a loss to the Spartans three weeks ago the only blemish in the past month. They have claimed wins over the Mountaineers, as well as USC Rip City and North Gold Coast Seahawks in the past two weeks. It was been a real turnaround in form from the Force who started the season with a 1-3 record and can go a long way to securing a finals spot with a win in this encounter.

For the Wizards, Steph Reid has been working her magic in the competition, putting up 24.4 points, 4.6 rebounds and 5.9 assists, being a real playmaker on the offensive end. The dominant rebounder and point-scoring prowess of Courtney Woods (24.1 points, 7.0 rebounds and 3.7 assists)has made a huge difference to the side, while Regan Turnour-McCarty (12.4 points, 8.8 rebounds and 3.6 assists) has also had some impressive games. One to watch off the boards is Georgia McCarron who averages more rebounds than points, with 9.1 rebounds to her 6.5 points this season.

The Wizards have the top-end talent with Reid and Woods, and this game could come down to whether or not the Force can nullify their impact as they tend to have the greater depth and have shown that in the past month with three wins from four games.

The other Friday night clash aside from the Wizards taking on Phoenix Teal is Maddison Rocci and her USC Rip City hosting the second placed Southern District Spartans in a must-win clash. Both these sides will have an extended break given it’s a Friday night game, but the evenness of the Spartans line-up – with Madelyn Willey, Natalie Taylor and Kalani Purcell – all able to dominate makes them a hard team to stop. Another team yet to be stopped is top of the table Logan Thunder, having gone nine straight from the season thus far. It will be up to Carleigh Patrick and the Gold Coast Rollers to see if they can find a way to put a dint in the Thunder’s armour with Mikaela Ruef in some ripping form.

In other Saturday games, third placed Brisbane Capitals will hope to keep in touch with the top two when Georgia Woolley and Meg Essex rock up to face the 10th placed Sunshine Coast Phoenix Teal with Amy Browne the key player. Meanwhile in another big game, the ninth placed North Gold Coast Seahawks will need to find a way to restrict the damaging duo of international representatives, Ashleigh Karaitiana and Lauren Mansfield for the fourth placed RedCity Roar.