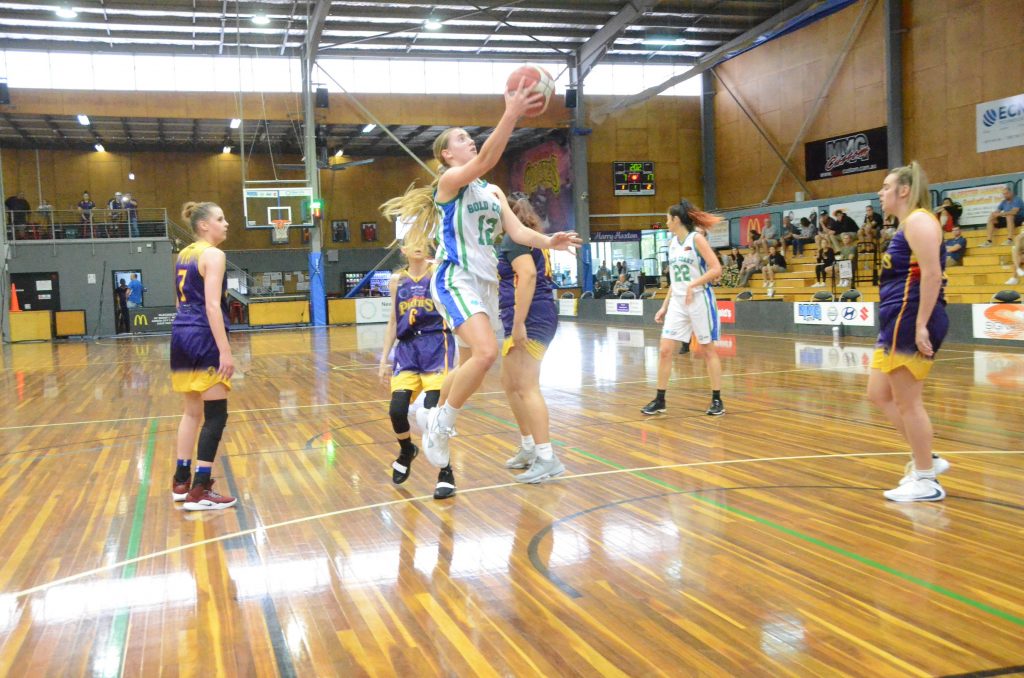 A TOP four clash between third placed Brisbane Capitals and fourth placed Gold Coast Rollers is our match of the round for the Queensland State League (QSL) Women’s Round 7. In a round where there are some lob-sided contests, the top four clash looms as the match to watch, with both sides having had just the two losses this season, but Gold Coast have a game in hand with a 4-2 record compared to Brisbane’s 5-2.

The Rollers are on a two-game winning streak with victories over Sunshine Coast Phoenix Teal (10th) and South West Metro Pirates (11th) in the past fortnight. Whilst those lowly ranked sides may not be a great benchmark, the Rollers had matched it with the RedCity Roar (fifth) and Southern Districts Spartans (second) the past two weeks. In the earlier two rounds, Gold Coast won by seven points against USC Rip City (seventh) and 16 points against North Gold Coast Seahawks (eighth).

The Capitals suffered a disappointing 39-point defeat at the hands of the red-hot Logan Thunder last week, just their second loss in seven games. Prior to Round 6, the Capitals had won five of the first six games and had had wins over last placed Toowoomba Mountaineers, as well as mid-table sides Northside Wizards (sixth) and the Seahawks. The first two wins early in the season came against bottom four sides, Ipswich Force and South West Metro Pirates, before going down to USC Rip City in Round 3.

Georgia Woolley has been enormous this season for the Capitals, putting up 17.4 points, 8.6 rebounds and 2.4 assists this season. She is one of three Brisbane players to be averaging double-figure points in 2020 with Madison Woodford (14.0 points, 5.7 rebounds and 3.5 assists) and Meg Essex (13.0 points, 7.3 rebounds) both busy. Anna Cameron is the other player to have had some strong work off the boards with seven rebounds and 9.5 points.

They take on a Rollers outfit led by Carleigh Patrick who has sunk 16.7 points as well as 8.5 rebounds and 2.2 assists. Lily Rotunno (12.8 points, 4.0 rebounds and 2.5 assists) and Kisha Lee (12.6 points, 5.6 rebounds and 1.0 assists) have also contributed strongly to the team this season, whilst Sarah Ambrose is averaging eight points and seven rebounds this year.

In other clashes, Maddison Rocci and USC Rip City will have back-to-back games, first up tonight against Amy Browne and the Sunshine Coast Phoenix Teal, before facing off against Amy Lewis and the Ipswich Force on Saturday. Also having two games this weekend, last placed Toowoomba Mountaineers with the help of Tyla Stolberg will look to get their first win on the board, but face the second placed Southern Districts Spartans and fifth placed RedCity Roar.

IN other games, Aimee Durbidge and the North Gold Coast Seahawks will take the top of the able Logan Thunder with Mikaela Ruef and Mikaela Cann on fire of late. Meanwhile, Steph Reid and Courtney Woods of the Northside Wizards hit the road to face the 11th placed South West Pirates.