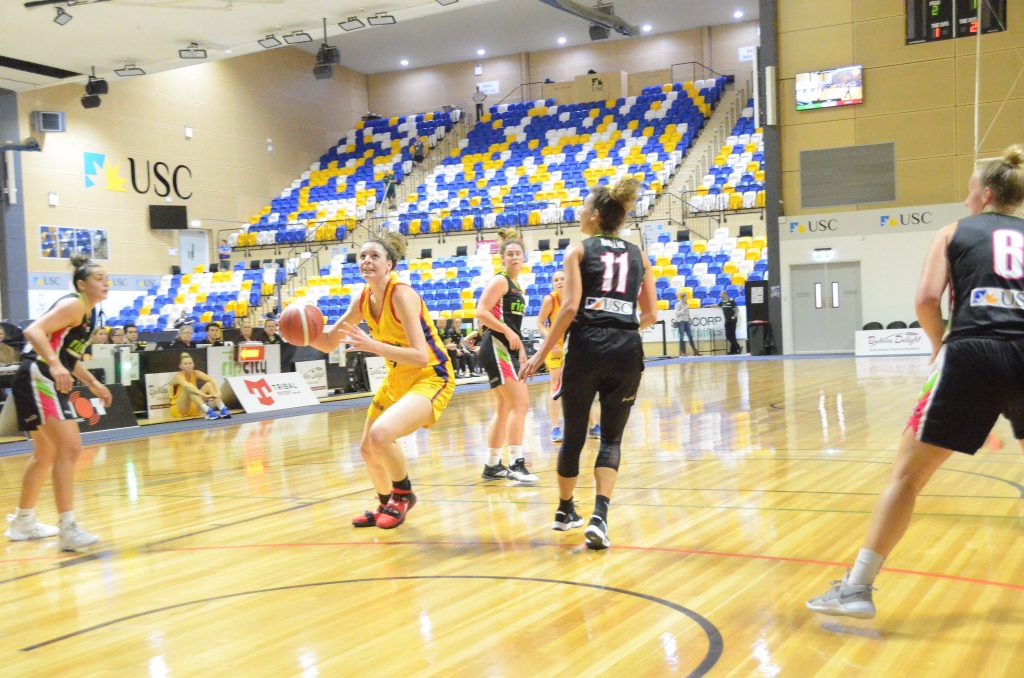 A TOP three clash between Brisbane Capitals and Northside Wizards to open the round will be the one to watch in the Queensland State League (QSL) Women’s Round 4 action. Both sides have had just the one loss this season, with Brisbane going down to USC Rip City last Friday night, while the Wizards lost to RedCity Roar by just four points back in Round 2.

It is set to be a tantalising clash given the Wizards overcame Rip City by just five points on Saturday, and all their games have been decide by five or less points. The Capitals on the other hand have had a couple of massive wins on their way to a 3-1 win-loss record, including a 65-points shellacking of Toowoomba Mountaineers following the loss to Rip City. Now they will look to use that form to topple the Wizards, though Northside would also fancy its chances.

Georgia Woolley is leading the Capitals for points with 18.75, as well as 10 rebounds and 3.25 assists. Her shooting percentage is reliable, with a 47.54 per cent accuracy from the field, including five of eight from long-range. Madison Woodford (15.75 points, 5.25 rebounds and 3.5 assists) has also been a keen scorer, though her accuracy is a little lower at 40.68 per cent. Meg Essex is the third member of the damaging trio, averaging an almost identical 15.5 points, as well as 8.5 rebounds. The high numbers might drop a little after that, but still have even contributions across the board.

The key to stopping the Wizards has to be in nullifying scoring machine, Stephanie Reid. She leads the league in points per game, almost 32. She also has a handy 5.33 assists and 3.67 rebounds, shooting at 46.15 per cent from the field, and already having dropped 11 of 29 from long-range. She will team up well with Courtney Woods, who has added 29 points, seven rebounds and four assists per game to her team’s cause, while Regan Turnour-McCarty is averaging the 15 points, 11 rebounds and three assist this season. Georgia McCarron‘s work off the boards (nine rebounds per game) should not be understated either.

It is a difficult match to tip, but any side with Reid is one that is hard to contain, so expect the Wizards to be favoured in the clash. Around the courts, the North Coast Seahawks will look for a second win coming up against fifth placed Southern District Spartans and last placed Toowoomba Mountaineers. The Spartans also engage RedCity Roar in a mid-table 2-1 record. The sole undefeated team left in the competition is Logan Thunder, who take on ninth placed Ipswich Force and 11th placed South West Metro Pirates. In other games, the Pirates host USC Rip City on Saturday, whilst Gold Coast Rollers travel north to take on the Sunshine Coast Phoenix Teal.