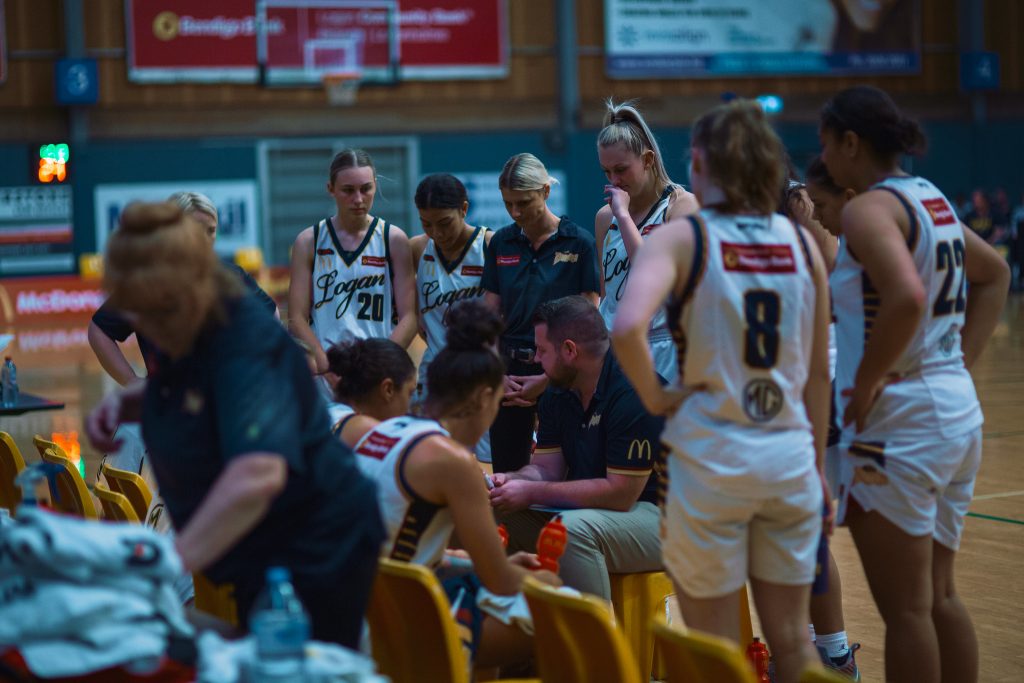 WITH finals quickly approaching, Round 10 of the Queensland Basketball League Women’s saw some big results with the top sides flexing their muscles and proving why they are a real finals contender, while the likes of Gold Coast made their way up the ladder.

It was a comprehensive performance by the Rollers who ran out 42-point victors against the lowly Mountaineers. Shooting percentage was a major factor in this performance with the Mountaineers struggling to find their range up close sitting at an 19 per cent clip, while the Rollers were exactly that, converting 42 per cent of their shots while their conversion at the charity stripe was also solid at 60 per cent. Gold Coast only registered 10 turnovers as Toowoomba picked up 22. It was an even spread of point-scorers for the Rollers as four players registered double-figures with Carleigh Patrick leading the pack with 14 points and 10 rebounds. In her 16 minutes on court, Kisha Lee made her presence felt with 10 points and six rebounds while Skye Mason also proved to be handy at the basket with 13 points of her own. The Mountaineers failed to hit the scoreboard in a big way with the topscorer Despena Dickerson with eight points. The next closest was Elaina Black and Jaydan Thomson who managed seven points apiece with the latter picking up an impressive 12 rebounds, 11 of them offensive.

Top of the table Logan Thunder made light work of Northside Wizards in a 59-point drubbing. The Thunder had the game on their terms winning most key performance indicators with the turnovers a main area of focus as the Wizards doubled the Thunder 26-13. The Thunder showcased their defensive traits and quick hands to register a whopping 21 steals compared to nine while they out-rebounded the Wizards 57-27 showcasing just how much control they had on all facets of the game. accuracy was another area of concern for the Wizards who sat a lowly 33 per cent from outside the arc, and a marginally better 34 per cent inside it while the Thunder reigned supreme with an accuracy of 43 and 51 per cent respectively. Only two players managed double figures for the Wizards with Molly Hogan collecting 12 points and Regan Turnour-McCarty sinking 14, while Saskia Gunness had a well-rounded performance with eight points and five rebounds. On the other hand the Thunder had no shortage of star power when it came to the scoreboard as Danielle Bayes topscored with 25 points, with seven of them triples while Chevannah Paalvast also registered a double-double for her efforts totalling 10 rebounds and 23 points. Paalvast was not the only one to have a stats stuffing performance as Mikhaela Cann collected a triple double thanks to her 11 rebounds, 11 assists and 19 points in a stunning outing while Cassie Carroll also sunk 13 points in a dominant display.

In one of the more closer contests across the round it was the Phoenix Teal that got the job done against the Pirates albeit by a mere eight points. The Pirates came to play against the higher ranked Sunshine Coast but fell just short of their second victory of the season. the stats were relatively similar however it was Sunshine Coast’s accuracy from deep that paid dividends sinking four of their nine shots while the Pirates failed to find their stroke only nailing six of their 24 attempts. The Pirates out-rebounded their opponents by two 36-34 but just lacked that class on the shot. Amy Brown was the prominent scorer for the Phoenix Teal slotting 20 points while Ashleigh Frampton and Caitlin Clancy managed 13 points apiece to get their side over the line. Natalie Saunders fell just short of a double-double after walking away with 12 rebounds and nine points while also amassing six assists. The lone hand of Bree Farely dictated the terms for the Pirates knocking back 22 points and collecting 10 rebounds while she was at it. The next biggest contributor was Telesia Manumaleuga with nine points.

Rip City walked away with a 19 point victory over the Seahawks with accuracy once again playing a crucial role in their success. Sitting at a 48 per cent clip from inside the arc Rip City made their opportunities count while the Seahawks only sat at 28 per cent. They held the upper hand when it came to blocks with six compared to one however struggled to reel in the rebounds with 28 as opposed to Rip City’s 55. Aimee Durbidge led the way for the losers nailing 16 points for the game. She was aided by Lauren Jansen who managed nine points and 12 rebounds while Josie Josiah plied her trade picking up six steals but it was not enough to trouble Rip City who had all the answers. The points were evenly distributed amongst a couple of players with Ashleigh Blake and Liisa Ups topscoring with 14 points apiece and a combined 25 rebounds while Layla Price also hit the scoreboard with 12 points of her own.

The upset of the round came when the lower ranked Ipswich Force overran RedCity Roar by 12 points to claim their sixth win of the season and sit a game outside the top four. Force were impressive when it came to their two-point shooting sitting at 56 per cent, converting 28 of their 50 attempts while Roar on the other hand could not buy a basket sitting at a 39 per cent clip. Ashleigh Karaitiana continued her run of hot form with 16 points and eight rebounds with teammate Aijah-Liric Siosiua-Pepe also contributing to the scoreboard with 16 points of her own. Charmain Mellars was a force to be reckoned with credit to her 12 points and 13 rebounds but it was not enough to get the Roar over the line. On the flipside Rachel Mate proved to have a hot hand for Ipswich sinking a game high 24 points while Amy Lewis was not far behind nailing 20 points and pulling down eight rebounds.

The top four battle saw the Spartans walk away with a convincing victory over the third placed Capitals on Saturday. The Spartans flexed their muscles from three-point range nailing seven compared to their opponents three. Southern Districts simply had a hand in everything registering a whopping 17 steals while the Capitals only managed five while in terms of turnovers Brisbane struggled to keep ball in hand finishing with 21 to their name. Natalie Taylor was heavily involved in scoring piling on 19 points and sinking five triples. Kalani Purcell was hot on her heels when it came to scoreboard ascendancy slotting 18 points while also registering 12 rebounds. Madelyn Willey also paved the way with 15 points as teammate Rebecca Haynes had a stats stuffing performance with 14 points and 12 rebounds. For the Capitals Emma Read did the most damage with 15 points while Georgia Woolley also made her presence felt with 13 points but could not change the outcome of the game.

The final game of the round saw Gold Coast narrowly edge out Ipswich by a mere six points. The Rollers made it two from two while the Force struggled to recreate the heights of the day before. Not much separated the two sides with turnovers sitting at 11 and 12 respectively and steals five and four. The only real difference lay with rebounds as the Rollers collected seven more and in terms of shooting accuracy Gold Coast converted at 22 of their 52 attempts compared to the Force’s 17 from 39. Rotunno led the pack for points notching up 15 while Mason sunk 13 for the game. Sarah Ambrose presented well in all facets of the game with 11 points, eight rebounds and six assists. For the Force Lewis was the main avenue to basket with 20 points while Mate also inflicted pain with 16 points. Other contributors were Catherine Macgregor (14 points) and Georgia Ralph (seven rebounds and seven points).