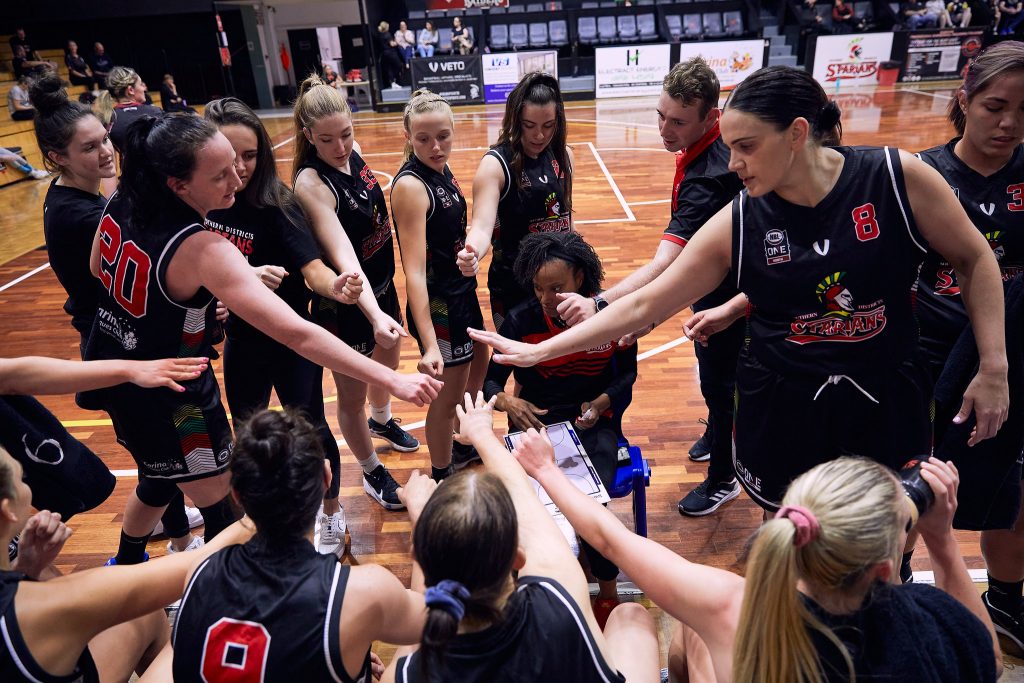 A TOP three clash between Southern Districts Spartans and Brisbane Capitals highlights a massive final round of Queensland State League (QSL) Women’s action this weekend. With seven games on show and only the two teams – Gold Coast Rollers and Ipswich Force – doubling up, it is all or nothing for the sides as they battle to earn a finals spot.

In the second up against third clash, the best offensive side is up against the second best defensive side in what is sure to be a thrilling clash. The Spartans are ranked third defensively themselves, whilst the Capitals rank sixth for points for, but just get it done in low-scoring victories. Brisbane is on a three-game winning streak since going down to the undefeated Logan Thunder by 39 points, claiming a tight three-point win over Gold Coast Rollers before winning by 41 points against top four side RedCity Roar, and 21 points over Sunshine Coast Phoenix Teal.

The Capitals have only hit the ton once – 111 against cellar dwellers Toowoomba Mountaineers – but have also restricted their opponents to less than 80 points in all bar the loss to the Thunder (98). The last three matches, the Capitals have conceded a measly 51 points per game. On the other hand, the Spartans had piled on three consecutive tons in the competition, before dropping to 88 points against USC Rip City, though still had a massive 44-point win. With margins of 44 the past two matches, and then 70 and 24 the weeks before that, the Spartans have always had control of their matches. In their only loss of the season, they went within 15 points of Logan Thunder.

Madelyn Willey leads the way for the Spartans this season, dropping 21.2 points, 5.1 rebounds and 4.0 assists from her 10 games. They have plenty of contributors across the board however with Natalie Taylor (17.7 points, 6.5 rebounds and 3.3 assists) and Kalani Purcell (17.0 points, 9.0 rebounds and 5.9 assists) both prolific. Rebecca Haynes has been dominant off the boards with 11.5 points, 8.4 rebounds and 5.5 assists, whilst Holly Smith is the other double-digit point-scorer with 12.6 points, 3.1 rebounds and 2.6 assists.

For the Capitals, they have four players with six rebounds per game or more, and they happen to be their highest scorers as well. Georgia Woolley (15.6 points, 8.0 rebounds), Meg Essex (13.2 points, 7.9 rebounds), Madison Woodford (11.3 points, 6.4 rebounds) and Anna Cameron (8.6 points, 7.6 rebounds) are all hard to stop on the defensive end. They will need to be at their best to try and stem the firepower of the Spartans.

In other matches, Amy Lewis and the fifth placed Ipswich Force will be hoping to take their case up against RedCity Roar and Gold Coast Rollers, with the Rollers also travelling to Toowoomba to see if they can resign the Mountaineers to a winless season. Steph Reid and the Northside Wizards will try and cause a boil over against Mikaela Ruef and her undefeated Logan Thunder side, whilst Maddison Rocci finishes her season with USC Rip City going up against North Gold Coast Seahawks. In the final game of the round, a 10th and 11th placed battle between Sunshine Coast Phoenix Teal and South West Metro Pirates should be a tight one.