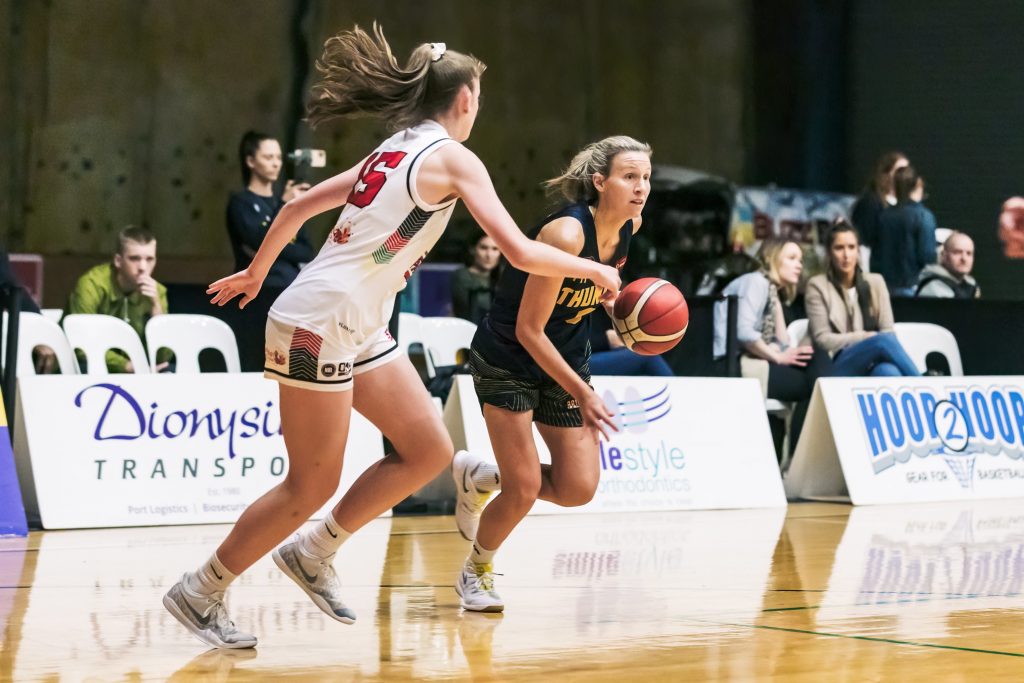 WITH 23 of a possible 24 wins between them, it is fair to say the top two sides in the Queensland State League (QSL) Women’s competition have reached tonight’s grand final. The minor premiers Logan Thunder have gone undefeated this season, winning all 12 games, including a 62-point shellacking of Ipswich Force last night to show there were no cobwebs from a week off in the first weekend of finals. Meanwhile the Southern District Spartans have won 11 of 12 games, with the only blemish coming against the Thunder who they hope to topple in the biggest game of the season.

The Spartans were the highest scoring team of the 2020 season with 93.7 points, but only a total of three more than the Thunder, who were the standout defensive team with a measly 50.9 points conceded per game. The Spartans were ranked second themselves in that area, allowing just 62.2 points per game to their opposition. It means the huge clash – which eventuated after the Spartans defeated Gold Coast Rollers in their semi-final last night – is set to be a massive one with both teams having belief they can win.

Despite their propensity to score, their clash way back on August 22 was actually a low-scoring contest with the Thunder getting up 76-61. It showed off the defensive attributes of both sides and the ability to lock down on perimeter defence. The Spartans still shot 12 of 33 from long-range compared to the Thunder’s seven of 25, but it was the home side’s accuracy from inside the arc – 23 from 51 compared to 12 from 41 – that was the difference. They also dominated the rebounds (57-39) which led to a one-sided second chance points total (17-8), and the Thunder also won the steals (10-6). The Spartans held up their own with equal blocks (3-3), more assists (18-15) and only two more turnovers (12-10), but could only get to the charity stripe for two free-throws of which they nailed one.

Mikayla Ruef had a typical performance for her, but a remarkable outing for everyone else, notching up 20 points and a casual 24 rebounds – 10 offensive – as well as an assist, five steals and a block in the win. She was well supported by Mikhaela Cann who picked up a double-double in her own right, recording 26 points, 10 rebounds, four assists, three steals and a block. Chevannah Paalvast (seven points, nine rebounds and three assists) and Ashley Taia (nine points, six rebounds, two assists and one steal) were the other prominent players on the night.

For the Spartans, it was a two-person show as Madelyn Willey and Natalie Taylor both produced impressive efforts. Willey notched up 19 points, four rebounds, five assists and three steals in a strong all-round effort, whilst Taylor was the more accurate of the two with five of nine from long range on her way to 19 points, seven rebounds and two assists. Rebecca Haynes came close to a triple-double despite not reaching any double-digit figure in the match, picking up nine points, nine rebounds – four offensive – and seven assists, as well as two blocks in the loss.

Heading into tonight’s contest, Ruef is averaging a remarkable 22.55 points, 18.18 rebounds and 3.18 assists, though despite not being a huge playmaker on the offensive end, still picked up double-digit dimes last night on her way to a huge triple-double against the Force. Danielle Baynes has become a reliable source of scoring herself, averaging 13.91 points and 3.45 rebounds, while Paalvast (12.08 points, 5.5 rebounds and 3.17 assists) and Cann (11.67 points, 5.67 rebounds and 7.75 assists) are ever present on the court. Taia has been the fifth highest scorer for the Thunder this season but still averages 11.5 points and 4.7 rebounds per game, while Cassie Carroll and Alana Fraser have played every match and contributed more than five points per game.

The Spartans have had a lot of players rotating through the line-up this season, but the likes of Willey and Taylor have been constants playing all 12 games. Willey is the leading points-scorer with 20.58 per match, as well as identical 5.08 rebounds and assists. Taylor has picked up 16.83 points, 6.33 rebounds and 3.83 assists, while Kalani Purcell has been a welcome inclusion in 10 matches, dominating off the boards with 9.7 per game to accompany her 16.7 points and 5.3 rebounds. Haynes is another who has played every game, averaging 11.83 points, 9.0 rebounds and 4.92 assists, while Holly Smith has featured in nine outings, picking up 12.44 points. 3.44 rebounds and 2.56 assists. Lily Preston (6.58 points, 4.67 rebounds and 2.42 assists is the other player to watch from the visiting team.

Logan Thunder are undefeated for a reason and it would take a brave person to back against them considering what they did against a semi-finals opponent last night. Southern District Spartans have the talent to cause and upset and will thrive on being the underdog, but the Thunder deserve the title after such a remarkable year and have the experience to cap it off.