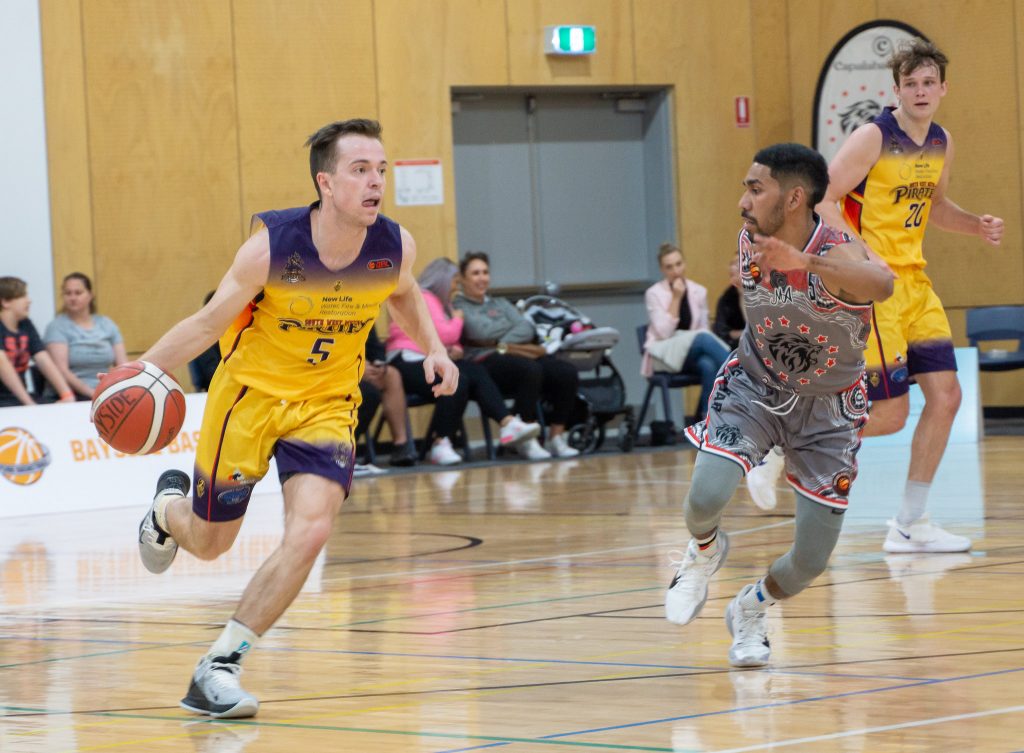 IN a series wrapping up the 2020 Queensland State League (QSL) season, we take a look back at each of the 12 clubs in both the men’s and women’s competitions and how they performed across the season. The next club in focus is South West Metro Pirates who combined for six wins across the two leagues.

The Pirates went through a real purple patch midway through the season collecting their five wins from Round 3 to Round 7. During that period they managed two winning streaks, one consisting of two consecutive wins and the other three on the trot. Their first win came in Round 3 against Ipswich Force getting up by eight points in a gritty showing while their final win came against the Wizards where they got the job done by 11 points. Close on a number of occasions, the Pirates could have registered a few more wins had they been able to grind out some of their close encounters.

Jonathon Mines led all comers for points averaging 22.25 each time he stepped out on court while also recording the second highest average for rebounds with 6.25 to his name. The next closest was Tanner Krebs who showcased his class on the scoreboard knocking back 20.36 points a game while falling just short of a season average double-double registering nine rebounds. He also led the way for assists with 4.91 having played all 11 games for the season. Mathiang Muo plied his trade on the scoreboard with 12.5 points and 4.17 rebounds as Atem Atem made his presence felt in his 10 appearances collecting six rebounds, 1.1 assists and 11 points.

It was a difficult season to say the least for the Pirates who only notched up the sole win for the season. That win came way back in Round 2 against Toowoomba Mountaineers, the only side ranked lower than them. It was a strong win by the Pirates who ran away with a 22-point victory however it was relatively disappointing from then on, going winless for the remainder of the season and suffering some significant losses.

The hot hand of Bree Farley kept the Pirates afloat managing an average of 14.25 points per outing while also dragging down an impressive 7.88 rebounds to go with it. Amanda Beatson was consistent across her 11 games collecting the next highest amount of points with 6.64 and 5.36 rebounds. Susan McHugh was also a handy option when it came to scoreboard pressure recording 6.57 points in a trying season for the second bottom team.