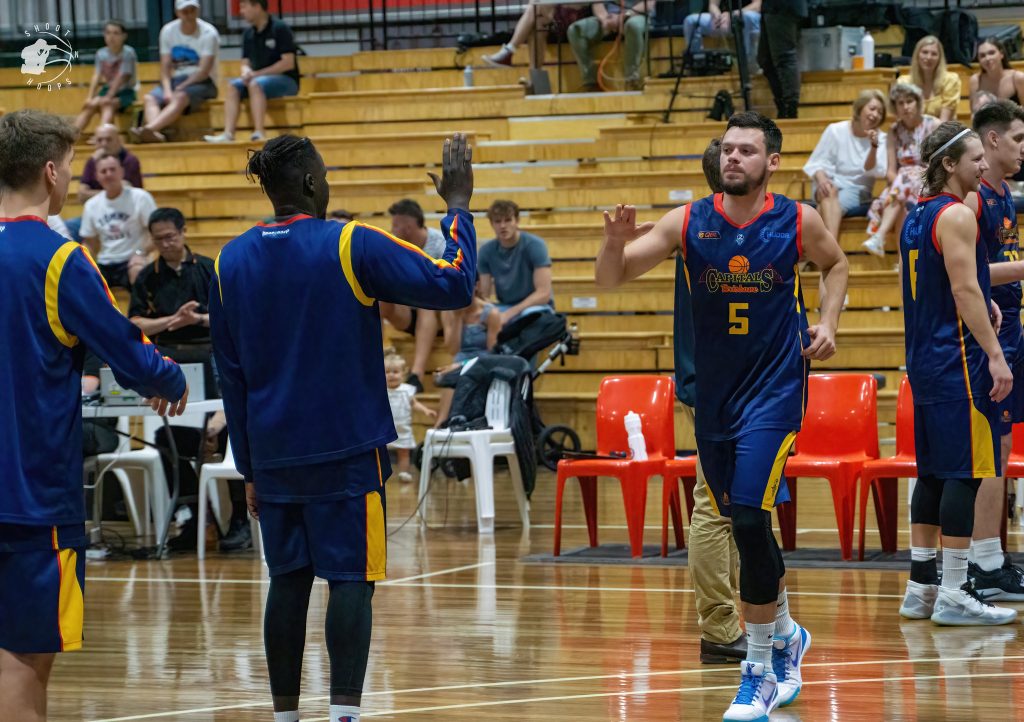 WITH the quarter finals done and dusted of the Queensland State League (QSL) Draft Central takes a look at both the Men’s and Women’s biggest contributors across the weekend. Gold Coast Rollers and Ipswich Force got the win in the women’s competition while for the men the Brisbane Capitals and Sunshine Coast Phoenix Teal got the job done which was ultimately reflected in the stats as a couple of big name players stepped up to the plate for their sides’ win.

Jason Cadee topped the table when it came to points scored across the weekend with the star player sinking an impressive 43 points in his outing for Brisbane.  The next closest contributor was Christopher Cedar who played on the opposing team – Logan Thunder – nailing 33 points. In the other quarter final Jamaal Robateau was a key reason his side got over the line flexing his muscles on the scoring front with 31 points to his name. Nicholas Stoddart was another standout for the Capitals managing 24 points while Thomas Ammar rounded out the final top five for points scorers over the weekend with 20.

Timothy Soong inflicted a wealth of pain not only on the scoreboard with 18 points despite not being in the top five, but so too on the rebounding front. Soong led the charge for all four sides with his 14 rebound effort for the Capitals with an even split between defensive and offensive. Nelson Kahler takes out second spot for the most amount of rebounds in the quarter finals reeling in 11 for Sunshine Coast with eight of them defensive while Southern Districts Spartans Tyrell Harrison and Cedar managed 10 apiece. There were a couple of players tied on nine rebounds with Callum Dalton for the Spartans and Didan Toto for the Capitals showcasing their strength off the boards.

Leading the way in the assists column was Robateau and Cadee with the duo registering eight apiece in their respective winning sides. Both players proved to be key playmakers with ball in hand able to dish off dimes with great ease and control. Soong also had a hand in just about everything registering seven assists for the Capitals while Jonathan Jassen and Anei Muorter were the next closest with five to their name for their respective clubs.  There were a number of players that recorded four assists including the likes of Mika Vukona, Capitals duo Jarred Bairstow and Stoddart along with Cedar.

When it came to scoreboard pressure, Amy Lewis led all comers with 32 points to her name in a strong showing for Ipswich Force. Meg Essex also proved to have a hot hand in the quarter final against the Force with the Brisbane Capitals representative notching up 26 points. The next closest was Skye Mason with 21 points in Gold Coasts win while Emma Read and Ashleigh Karaitiana managed 18 points apiece in their respective outings across the weekend.

Brisbane Capitals’ Anna Cameron came up big on the rebound front dragging down a whopping 16 for the game, 12 of them offensive in an impressive effort off the boards. Hot on her tail was Charmain Mellars who finished with 12 rebounds for the RedCity Roar while Essex popped up for 11 in an all-round impressive performance by the 24-year-old. Kisha Lee was handy for Gold Coast Rollers collecting 10 rebounds nine of which were defensive while there were three players that all registered eight rebounds respectively in Sarah Ambrose, Karlene Kingi and Catherine Macgregor.

Madison Woodford topped the table for most assists for the round with nine to her name in the Capitals narrow defeat. Her skill with ball in hand was on show throughout the game although her side failed to get over the line. A trio of Rollers including Ambrose, Lilly Rotunno and Siarn Woods starred with 15 assists shared equally between them in their win.  A number of players registered four assists in their outings over the weekend with Rachel Mate from Brisbane Capitals one of them while Lee was the other.