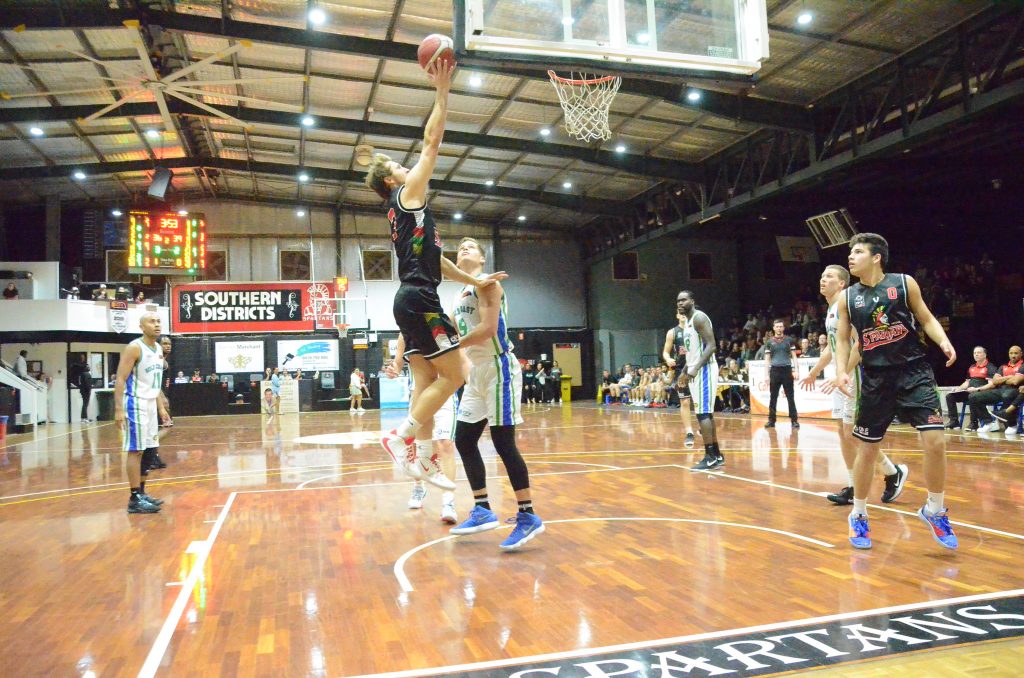 A FRIDAY night game under lights tips off Round 3 of the Queensland State League (QSL) Men’s Division 1 competition with USC Rip City hosting Brisbane Capitals as both sides sit at a delicate 1-1 from two rounds. Both teams take on other opponents on Saturday, as USC travels to face Northside Wizards who are also 1-1, while the Capitals will have the tough task of taking down the fourth placed Toowoomba Mountaineers. In other matches, the top of the table Southern District Spartans face the winless – albeit from only one game – Logan Thunder, the second placed Sunshine Coast Phoenix Teal host another winless side in North Gold Coast Seahawks, last placed South West Metro Pirates tackle fifth placed Ipswich Force, and third placed Red City Roar travel to battle with the 1-2 Gold Coast Rollers.

In the opening two rounds it is not surprise to see some of the names at the top of the scoring list. Brisbane Bullets duo, Nathan Sobey and Harry Froling led the way with an average of 34 and 33 points per game respectively. The Force’s Sobey has been a class above so far, sinking 13 of 32 attempts from long-range to lead the competition. Froling represents the undefeated Roar, and has been more prevalent from inside the arc, though is shooting at a marginally higher rate of 44.9 per cent. Right up with the National Basketball League (NBL) duo is Phoenix Teal’s Jamaal Robateau who likewise has 33 points per game from two matches, and has the highest shooting efficiency of the trio with 47 per cent from both inside and outside the arc, and a deadly 23 of 24 free throws showing why his side is also undefeated.

When it comes to rebounds, Toowoomba’s Aleer Aleer leads all-comers with 17 per game, 13 of which came off the defensive boards. Froling has 16 per game, of which five are offensive. Pirates’ Tanner Krebs has returned to Australia in form, rating in the top five for both points and rebounds. In the assists category, Rip City’s Isaih Tueta will be looking to continue has 8.5 assists, and 1.5 steals per game in his two games this weekend, while Mitchell Young had eight and two in his sole game thus far for the Thunder. Roar duo, William McDowell-White (8.0 assists, 3.5 steals) and Heath Gameren (5.5 assists, 3.5 steals) are others who have been amongst the prominent stat-getters in the first round.