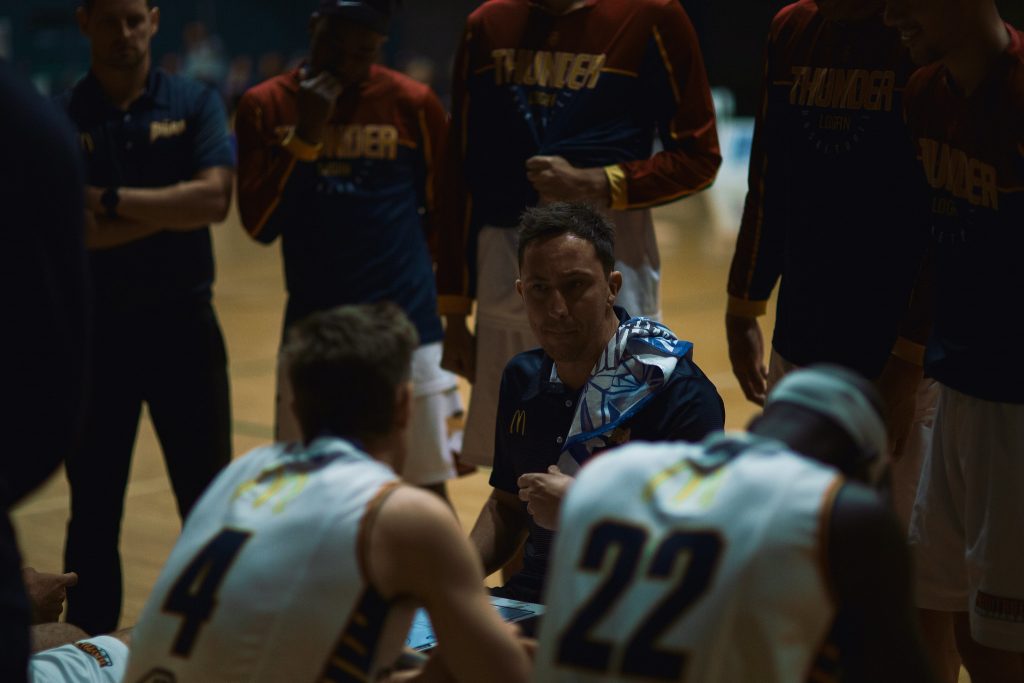 IN a short season, it is hard to believe the Queensland State League (QSL) competition is almost done and dusted with sides heading out for their penultimate round of basketball action. Our previewed match of the round sees Logan Thunder hosting Gold Coast Rollers in a seventh-against-eighth clash.

There are a number of lopsided clashes predicted for the weekend, with a top-against-bottom match between RedCity Roar and North Gold Coast Seahawks, with Harry Froling and the Roar expected to make it into double-digits when it comes to win, whilst the same could be said for the Seahawks, but on the other end of the scale as they hold an 0-9 record. Top four side Ipswich Force are capable of anything, and led by Nathan Sobey are expected to put away the 10th placed Northside Wizards.

In a much closer Saturday clash, Jarred Bairstow and his third placed Brisbane Capitals host Jamaal Robateau and his fifth placed Sunshine Coast Phoenix Teal in what will likely shape as a massive clash in the lead-up to finals. It would be our match of the round given the talent on court, but both sides have featured in that regard over the past couple of weeks. In some Friday night fixtures, Robateau and his side first take on the Wizards in a fixture they hope to win, and could level with the Capitals if they can beat them on Saturday and claim back-to-back wins. Also on Friday night, USC Rip City hosts the second placed South Districts Spartans in a game that could well be lop-sided, but the former have nothing to lose at home.

Getting stuck into the must-win match between Logan Thunder and Gold Coast Rollers, the stakes are huge with the teams both sitting just outside a finals place – top six – with the Thunder set to take sixth place if they win give South West Metro Pirates are not playing this weekend. The Rollers are still two wins back which means they cannot afford to drop anymore games in the run to the finals, so this is the first of a virtual elimination final for them.

The Rollers come in off the back of a relieving win against Northside Wizards which kept their season alive after back-to-back losses against the Pirates and Capitals hurt. They showed they can match it with the top sides however, not blown away and even beat Phoenix Teal by eight points, but have just struggled on the offensive end, ranked ninth for points for. Defensively they hold up pretty well compared to others, but as a general rule of thumb have been involved in more lower scoring contests, whereas their opponents have put up some massive scorers, but also conceded them.

Logan Thunder are on a three-game winning streak after starting the season 1-5 and now remain a huge chance for finals. They copped a really unlucky draw with the top five teams in the opening six matches, and has since played three of the bottom four sides and capitalised in those games.

Chris Cedar has had a strong influence on the Thunder this season, averaging 19.7 points, 5.6 rebounds and 6.0 assists, really doing it all for his side. They have four players in double-digit points, with Atem Bior in some handy form, playing every game this season and putting up 17.3 points and 8.1 rebounds, similar numbers to Mitchell Young (13.8 points, 8.6 rebounds), while Kian Dennis has also been impressive (12.2 points, 4.2 rebounds).

Logan Thunder arguably have the edge in this one, they are in some good form and have been gelling well over the last few weeks. While this is expected to be a thriller and could go either way, the Thunder seem to be building towards finals now.