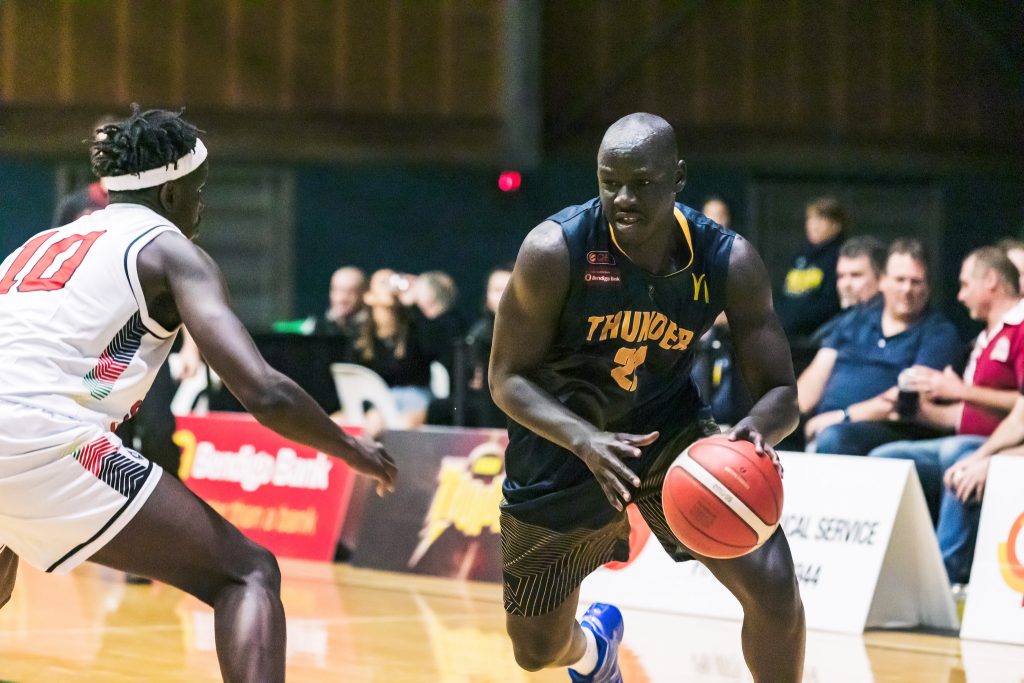 USC RIP City and Toowoomba Mountaineers will double-up over the weekend with each of the other 10 Queensland State League (QSL) Men’s teams taking to the court once over the weekend. USC face Sunshine Coast Phoenix Teal tomorrow night before taking on Ipswich Force on Saturday, whilst Toowoomba travel to take on the Southern Districts Spartans on Saturday ahead of the standalone clash with RedCity Roar on Sunday.

Our predicted match of the round is the bottom two clash between North Gold Coast Seahawks and Logan Thunder with just one win from 12 games between the sides. Whilst they have been struggling thus far in the QSL season, the match presents both sides with a chance of winning. The Thunder’s sole win came against South West Metro Pirates three weeks ago, when they toppled the sixth placed side by 15 points in an upset. Whilst their win-loss record might look bad, they have taken it up to the top sides in a rather unlucky fixture to-date.

Against the top five teams they lost to RedCity Roar (1st) by 13 points, Brisbane Capitals (2nd) by 11 points, Southern District Spartans (3rd,) by 19 points, Ipswich Force (4th) by two points and Sunshine Coast Phoenix Teal (5th) by 10 points. In other words, their five losses have come against top five teams, and the win came against the sixth placed Pirates. So with a good run of fixturing, the Thunder could build some momentum in the second half of the season.

The Seahawks on the other hand, have not been so close, with similar opponents, losing to Brisbane (35 points), Southern Districts (66 points) and Sunshine Coast (50 points), as well as a 30-point loss to the Mountaineers, a 23-point loss to the Gold Coast Rollers, and most recently, a 44-point loss to the Pirates. Their 11-point defeat to Northside Wizards in Round 1 was the closest they got and is the only one under 20 points.

Looking at the top Seahawks for offence, Jesse Lomax is leading the way with 12.4 points, 6.1 rebounds and 1.6 assists this season. He is well ahead of the next highest in Maika Shortland (7.0 points, 4.0 rebounds and 2.0 assists), whilst a number of players have contributed five points per game for the league’s last placed side. The troubles have come with assists, as Shortland’s two per game is the highest in his team and only five players average between 1.0 and 2.0 per game. Rebounding wise, they share the load with Loseli Tupou averaging 4.1 per game to go with his 6.9 points per game.

By comparison, the Thunder have had no troubles scoring with Chris Cedar putting up 23 points, 6.0 rebounds and 6.4 assists, whilst Atem Bior has been dominant off the boards with 7.8 rebounds and 16.2 points. Mitchell Young (14.5 points, 9.2 rebounds and 3.3 assists) is close to a double-double, whilst Michael Cedar has been a facilitator on transition with 3.4 assists to go with 5.4 rebounds and 11.4 points. The Thunder go in as strong favourites for the clash given their tough fixture and efforts, but the Seahawks will be keen to take over with the home court advantage.

In another crucial match over the weekend, third placed Southern District Spartans host the seventh placed Toowoomba Mountaineers in what could be telling in the run home to the finals. The Spartans are looking for their sixth win of the season, while the Mountaineers will hope to balance their win-loss record at 4-4. The other standalone clash by two teams only playing one game is the sixth placed South Metro Pirates up against ninth placed Northside Wizards.

Of the double-ups, USC Rip City have the tough challenges up against top five sides, Sunshine Coast Phoenix Teal and Ipswich Force, whilst the Mountaineers will need to be at their best to take down the undefeated RedCity Roar. Meanwhile, second placed Brisbane Capitals travel to lock horns with eighth placed Gold Coast Rollers in what looms as a huge match between the sides.