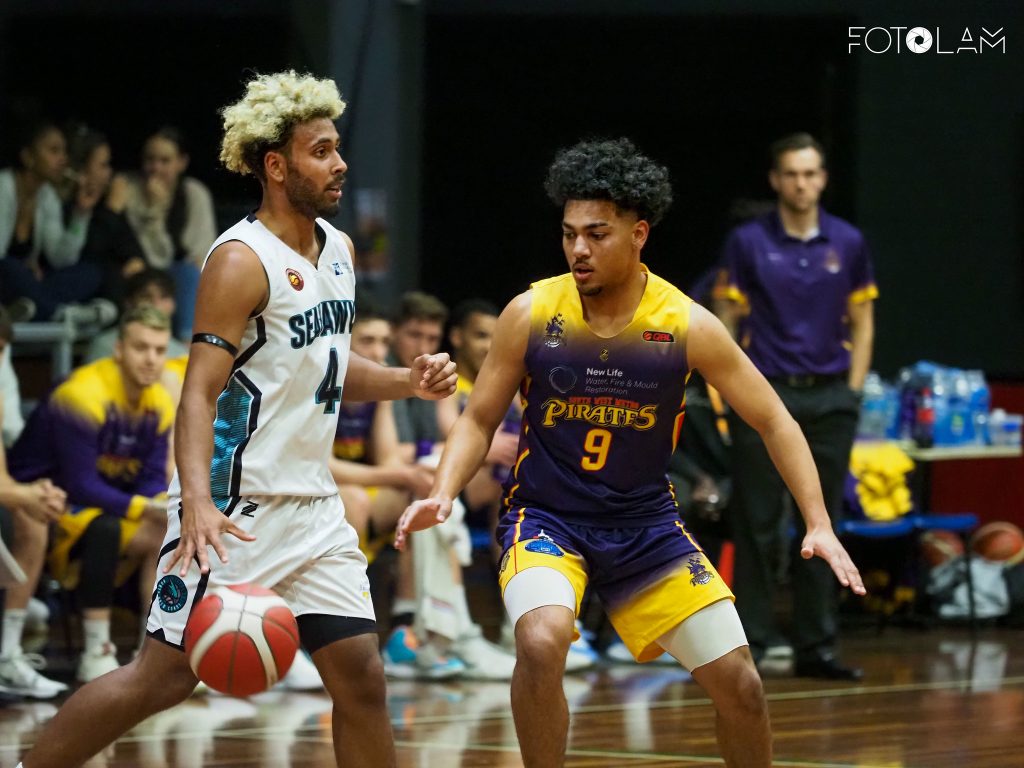 IPSWICH Force moved up to fourth in the Queensland State League (QLS) Men’s competition after an upset win over the third placed Southern District Spartans, while top two sides, RedCity Roar and Brisbane Capitals pulled away at the top of the table.

Brisbane Capitals have gone outright in second spot with a thrilling 10-point victory over Logan Thunder, with the visiting team showing much more than a team with a 1-4 record coming into the match was expected to show. The Capitals just controlled the assists (29-17), but the Thunder surprised the Capitals by winning the steals (14-8) and blocks (6-5) and not much between the teams in rebounds (59-55 Capitals) and second chance points (20-18 Capitals). Jarred Bairstow had a day out with a massive double-double of 25 points, 14 rebounds, six assists and three blocks, whilst Cameron Goldfinch also had a double-double with 14 points, 10 rebounds and two steals. Jason Cadee recorded the most points with 29, and came close to another double-double courtesy of nine rebounds and five assists. For the Thunder, Chris Cedar scored 29 points, six rebounds, six assists and four steals in a sensational effort, while Atem Bior (18 points, 15 rebounds) was massive. Thomas Ammar (20 points, seven rebounds, three assists, four steals and three blocks) and Mitchell Young (12 points, nine rebounds and two blocks) were also among the best.

Ipswich Force took down an important scalp claiming a 10-point win over Southern District Spartans to draw within a win of the third placed Spartans and keep touch with the top few teams. Led by Nathan Sobey, the Force managed to outscore their opponents despite trailing in assists (19-12), rebounds (49-42), second chance points (15-13) and blocks (3-1). Sobey was a match-winner piling on 35 points, eight rebounds, three assists and three steals in a best-on performance, as the next highest scorer was Mitchell Poulain (16 points, eight rebounds). Jason Ralph came close to a double-double with nine points, nine rebounds, four assists and two steals for Ipswich. Anthony Drmic (14 points, five rebounds) and Josh Derksen (14 points, three rebounds) both had team-high points, while Tamuri Wigness (eight points, 11 rebound and eight assists) was influential across the court.

The undefeated RedCity Roar had no problems notching up their sixth consecutive win to start the 2020 QSL Men’s season with a 19-point victory over Sunshine Coast Phoenix Teal. The Roar dropped 14 triples from a massive 41 attempts as both teams put up high volume amounts of shots, and the Phoenix Teal had 92 to 83, but were not as accurate from the field. The Phoenix Teal led the rebounds (54-49) and second chance points (30-19), but the Roar dominated the blocks (8-2) and won the assist (18-14) and steal (12-6) counts. Harry Froling once again continued his form with 23 points, 18 rebounds, three assists, three steals and one block, whilst fellow top scorer, William McDowell-White racked up 28 points, 11 rebounds, seven assists, four steals and two blocks. His brother Daniel McDowell-White also provided a presence with 23 points, seven rebounds, two assists and four steals in a real team effort. For the Phoenix Teal, Jamaal Robateau (31 points, eight rebounds, four assists and two steals) was the standout, while Nelson Kahler (17 points, 13 rebounds) and Jonathan Janssen (16 points, 14 rebounds) matched their opponents off the boards.

In the final game of the round, South West Metro Pirates became the first side to play eight games this season, evening their win-loss record in the process to 4-4. They did so by knocking off the struggling North Gold Coast Seahawks by 44 points and handed the last placed side its seventh straight defeat. The Pirates dropped 10 triples to the Seahawks’ three, and dominated the assist count 26-7, as well as make the most of second chance opportunities (14-2) odd a great defensive game (17-8 steals). Jonathon Mines led the scoring with 19 points, three rebounds and two assists, while Atem Atem (12 points, eight rebounds and two steals) and Tanner Krebs (11 points, three rebounds and six assists) also reached double-figure points. For the Seahawks, Mikael Willie notched up 11 points, two rebounds and two steals, while Wilson Page was the next highest scorer with eight points, six rebounds and two blocks.