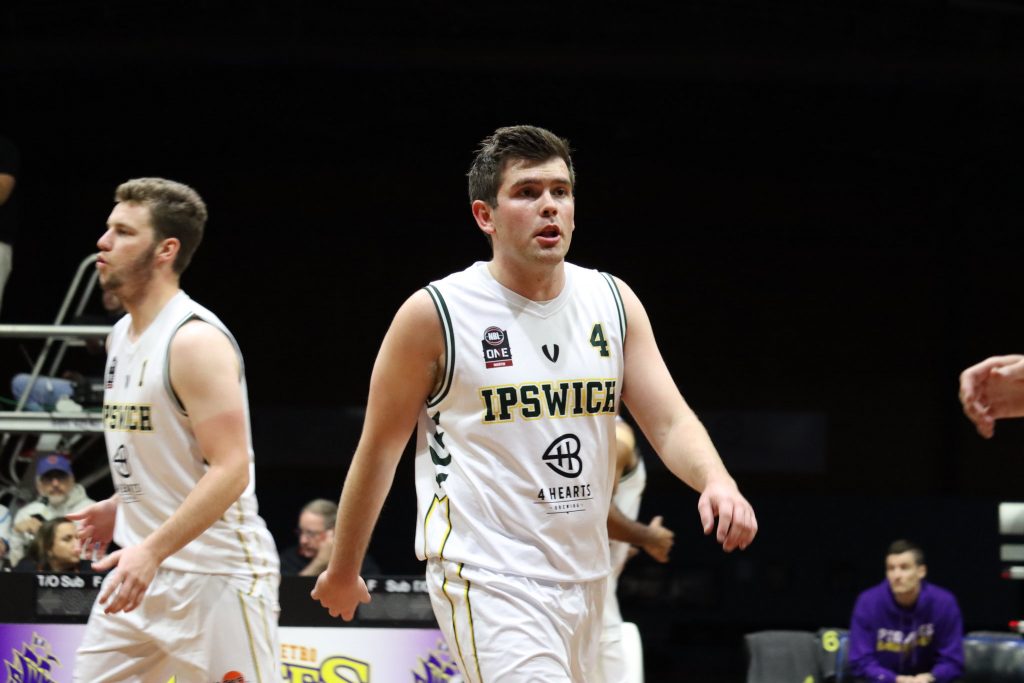 IPSWICH Force was able to jump up into the top five with a big win over Toowoomba Mountaineers, as the top four sides enjoyed victories in Round 5 of the Queensland State League (QSL) Men’s competition.

The Capitals handed the winless Seahawks a sixth straight defeat on Saturday, running out 35-point winners. The 5-1 Capitals were more effective across the board with 12 more rebounds (52-40), 10 more second chance points (15-5), seven more assists (26-19) and a greater accuracy from inside the arc (51 to 35 per cent). Jarred Bairstow led the way with 27 points including 66.7 per cent from the field, as well as 10 rebounds and two assists. Jason Cadee dropped four of 10 triples on his way to 18 points, six rebounds, six assists and three steals, while Lachlan Venus picked up a double-double with 15 points and 10 rebounds. For the Seahawks, both Jordi Anger (10 points, four rebounds and four assists) and Donovan Russell (10 points two steals) reached double-figure points, as Jesse Lomax (six points, nine rebounds, five assists and two steals) was strong off the boards.

Second placed Southern Districts Spartans proved too much for the struggling Northside Wizards, posting a 26-point win on the road. They are at opposite ends of the ladder, but the Wizards still competed throughout, only having two less assists, and picked up three more steals. The Spartans dominated the rebound count though, notching up 45-27, as well as a 14-6 second chance points tally. Anthony Drmic was unstoppable on the scoring front, notching up 28 points – including six triples – as well as three rebounds and three assists. Returning to Queensland after his New Zealand National Basketball League (NZNBL) stint, Mika Vukona notched up eight points, 10 rebounds, three assists and three steals, while Tyrell Harrison had eight points, 11 rebounds, four assists and three blocks in the win. For the Wizards, Cameron Thew recorded the most points with 14, as well as six rebounds, while Jacob Arthur (13 points, two assists) and Luke Stewart (10 points, two rebounds, three assists and six steals) also reached double-figure points.

Despite only having one win for the season, Logan Thunder took it up to top four side Sunshine Coast Phoenix Teal, only to fall 10 points short of victory. They teams were evenly matched for the most part, but it was the rebounding (54-37) where Phoenix Teal took control, helping the visitors record a favourable 17-8 second chance points tally. Five players recorded double-figure points for the winning side but it was Nelson Kahler‘s massive 17-point, 21-rebounds and four-block outing that had fans talking. Almost as impressive, Jonathan Janssen had 15 points, 14 rebounds and three assists, while Jamaal Robateau (16 points, five rebounds and eight assists) and Josh Walters (12 points four rebounds, five assists and three steals) were all impressive. Michael Cedar recorded the most points for the Thunder with 18, as well as five rebounds and three assists, while Atem Bior (14 points, nine rebounds, two assists and two steals) and Mitchell Young (11 points, six rebounds) were also busy.

Top of the table RedCity Roar continued their undefeated start to the season with a 33-point victory over USC Rip City. The Roar sank two less three-pointers but were more accurate from inside the arc (64.7 to 35.7 per cent) and at the free throw line (75.9 to 47.3 per cent). They also led the rebounds (57-43), assists (21-13) and steals (17-14), while USC topped the second chance points (26-19). Harry Froling had another massive outing off the boards, raking up an enormous 25 points, 23 rebounds and eight assists to be clear best-on. Partner-in-crime William McDowell-White recorded another double-double with 16 points, 10 rebounds and four steals, whilst the likes of Verle Williams III (11 points, seven rebounds, four assists and five steals) and Heath Gameren (13 points, six rebounds, four assists and two steals). For USC, Matthew Hancock was the standout with 17 points, six rebounds, two assists and three steals, while Flyn O’Toole (13 points, six rebounds and two assists) and Dane Glover (10 points, four rebounds).

South West Metro Pirates moved past Gold Coast Rollers on the QSL Men’s ladder with a 12-point victory which was their third of the season. The Pirates were more accurate from the field, recording 52.8 per cent from two-point range compared to the Rollers’ 40 per cent. Both teams were proficient from outside the arc with 16-14 in favour of the Pirates, whilst they also led the rebounds (43-32) and assists (23-20). The Rollers had one more steal and balanced out on three blocks apiece. Jonathon Mines had a big day out with 28 points, eight rebounds, seven assists and two steals, while Mathiang Muo (20 points, six rebounds and four assists) was also strong. Tanner Krebs notched up 19 points, five rebounds, three assists and two steals, while Atem Atem had 12 points and nine rebounds. Jalen Patton Croker (28 points, two rebounds, seven assists and two steals) and Jaze Morris (24 points, five rebounds) both sank big numbers, while Adrian La Fleur (14 points, four rebounds and seven assists) also stood out in the defeat.