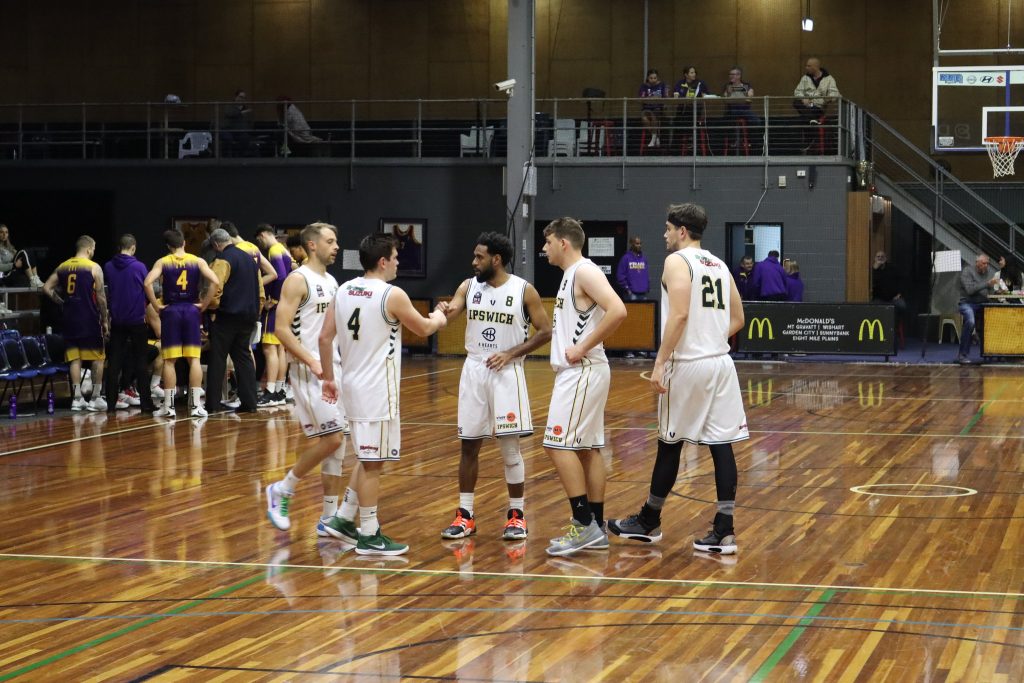 OUR match of the Queensland State League Men’s (QSL) competition this week sees the fifth placed Toowoomba Mountaineers hitting the road to face the sixth placed Ipswich Force. It is a relatively straightforward Round 5 of action in the QSL with the six games played across the two days and no double ups this weekend.

The Mountaineers sit at a 3-2 record from five games, and have the chance to go into the top four with a victory against the Force. Their three wins have come against USC Rip City and South West Metro Pirates (both by two points), as well as a 30-point thumping of North Gold Coast Seahawks last weekend. Those three teams are all in the bottom five, with the two losses against third placed Brisbane Capitals and fourth placed Sunshine Coast Phoenix Teal.

The Force has a game in hand on the Mountaineers, and bounced back after two consecutive losses to win in a two-point thriller over Logan Thunder. It was a must-win for the Ipswich team who got the job done by just two points, following on from their Round 1 87-86 triumph over Brisbane Capitals. It was the Capitals only loss of the season having strung together four wins since that time – including over Toowoomba. But the Force also have losses against South West Metro Pirates and Sunshine Coast Phoenix Teal – by eight and 10 points respectively, so it is hard to pick a winner off form.

The Mountaineers had a monstrous output from Aleer Aleer in his first two games, but have missed him since he put up an averaged of 18 points and 17 rebounds against USC and Sunshine Coast, including 20 and 23 in the former. Jakobe Hunter has played all five games and averaged 15.6 points, 6.6 rebounds and 4.8 assists per game making him a real all-round performer. Joseph Johnson (11.6 points, 4.6 rebounds) and Malat Makuach (10.8 points, 4.4 rebounds) are others to have played all five games and had an impact. Sydney Hume stepped onto the court last week and turned their fortune around, putting up 13 points, five rebounds, two assists and two steals.

If Toowoomba is to win, the Mountaineers need to find a way to stop National Basketball League (NBL) star, Nathan Sobey. The Brisbane Bullets guard is averaging a massive 31 points, to go with his six rebounds, two assists and 1.33 steals in season 2020. His points have been 27, 29, 35 and 33 and while the Force are 2-2, it is not through his lack of effort, particularly from the three-point zone with a massive 20 in the past three games. Jesse Ghee is another who stands out on court with 18.25 points, 6.5 rebounds and 3.5 assists, while Jason Ralph – who missed last match – is a key facilitator with six assists and 5.33 rebounds, as well as a steal per game. Kane Bishop (6.25 points, seven rebounds and three assists) is also a crucial member of the side.

If the Force can have their full strength side in, then Ipswich should be favourites for the clash, but the shared load of the Mountaineers who have proven to be a handful will be challenging. The big question mark on them is having not beaten one of the early front runners, but this win would be a good one if Toowoomba can get over the line.

In other fixtures this weekend, the undefeated RedCity Roar, led by Harry Froling (34 points, 17.25 rebounds and 5.25 assists) and William McDowell-White (27.5 points, 11.5 rebounds and 7.75) assists take on USC Rip City who have been led by Elias Cato (13.33 points, 7.67 rebounds) but sit in eighth on 2-3. Third placed Brisbane Capitals host the winless North Gold Coast Seahawks, which, based on recent form looks to go only one of two ways, with Jared Bairstow (23.2 points, 12.4 rebounds and 5.8 assists) likely to have another massive game coming off 23, 19 and 6 against the Force last round.

Meanwhile an equally one-sided clash looms between second placed Southern Districts Spartans and 11th placed Northside Wizards. The Spartans dropped their first game last week to the top of the table Roar, but have not scored less than 91 points this season, with Anthony Drmic (20.33 points, 10.33 rebounds and 5.33 assists) and Tyrell Harrison (18.67 points, 10.0 rebounds) both averaging double-doubles thus far. The Wizards have not won since Round 1, and will look to Cameron Thew (12.75 points, 7.8 rebounds) for a big performance.

Rounding out the weekend is 10th placed Logan Thunder hoping to turn their form around against fourth placed Sunshine Coast Phoenix Teal, and the sole Sunday game of ninth placed South West Metro Pirates capable of leapfrogging a few teams with a win, including their opponents, seventh placed Gold Coast Rollers.