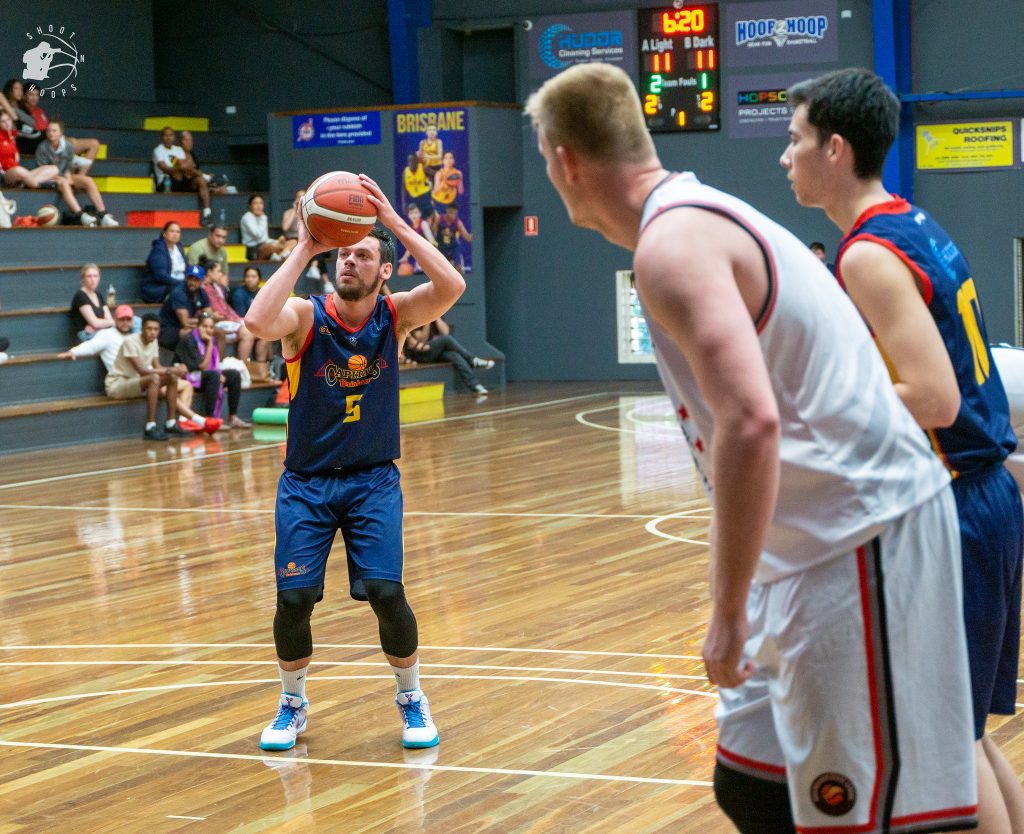 IPSWICH Force has survived a two-point thriller against RedCity Roar in what could be a grand final preview to get up in the final regular season round of Queensland State League (QSL) Men’s action. In the other stunning result, Brisbane Capitals smashed finals-bound Southern Districts Spartans by 44 points on their way to a season-high 133 points.

Gold Coast Rollers won their first game of two for the weekend, getting up by 17 points over Toowoomba Mountaineers. Neither side could make finals, but it was the Rollers who capped off a good start to the weekend by shooting at an accurate 46.7 per cent from long-range, and winning the assists (27-18) and rebounds (50-41), whilst the Mountaineers got on top in the blocks 4-3) and second chance points (13-10). Brent Wallace had a massive game for the Rollers, putting up a double-double of 23 points and 18 rebounds – 13 defensive – as well as two steals and one block. Jaze Morris (22 points, three rebounds and four assists) was also productive on the scoring end, as Jalen Patton Croker (19 points, six rebounds and five assists) and Tom Howard (11 points, six rebounds, four assists and three steals) were also impressive. For the losers, Joseph Johnson had a big day out with 21 points, eight rebounds and five assists, dropping four triples on his way to a team-high points. Jakobe Hunter (11 points, seven rebounds) and Seth Ham (11 points, seven rebounds) also got busy off the boards.

Logan Thunder maintained their place inside the top six with a vital win over Northside Wizards, getting up by a comfortable 33 points on the road. The Thunder dropped 12 triples to four and shot at an almost-unheard of 73.0 per cent from two-point range as they made the most of their chances. The Wizards had more rebounds (43-36), but the Thunder topped their opponents in assists (32-27), steals (16-7) and blocks (5-1) in a commanding performance. Boston Mazlin recorded a match-high 23 points for the Thunder, as well as four rebounds and two assists), one of six players to notch up double-figure points for the winners. Atem Bior (12 points, six rebounds and three assists), Mitchell Young (12 points, four rebounds and three assists) and Chris Cedar (12 points, three rebounds, five assists and five steals) were others that stood out for the winners. For the Wizards, Jacob Arthur had 18 points, four rebounds and two assists, while Cameron Thew also reached double-figure points with 12 points and four assists.

In a thrilling two-point contest, Sunshine Coast Phoenix Teal booked their spot in the finals series with a tight 93-91 triumph at home over South West Metro Pirates. Phoenix Teal controlled the rebounds (49-39) in what was otherwise an even contest with the Pirates going plus-one in the assists and blocks, and plus four in the steals to match it with their mid-table opponents, but unfortunately fell short of victory. Jamaal Robateau was a handful on the offensive end, shooting 35 points, including 17 free-throws to go with an almost triple-double of 10 rebounds and seven assists for the winners. Jonathan Janssen (24 points, 11 rebounds and three steals) and Nelson Kahler (14 points, 12 rebounds, three assists and three blocks) also notched up double-doubles for the Phoenix Teal. Max Kearle led the way for the Pirates in points with 25, as well as three rebounds and five steals, while Tanner Krebs was a star with 21 points, eight rebounds and six assists in a big performance despite the loss.

It might not have been season-defining in terms of finals, but wooden spooners North Gold Coast Seahawks avoided a winless season by knocking off second last placed USC Rip City by seven points. In their first victory of the season, the Seahawks shot a more accurate clip from the field and got to the charity stripe more often.The sides had just a combined 15 assists for the game, but the Seahawks were well ahead in the rebounds (47-34), whilst USC won the steals (14-7) comfortably. Maika Shortland (17 points, nine rebounds and three assists) and David Fynn (16 points) were both impressive on the scoring front for the Seahawks, whilst Wilson Page impressed off the boards with seven points and seven rebounds. Louis Ilton put up a game-high 21 points for USC, as well as eight rebounds and four steals, while Isaih Tueta (14 points, five rebounds, two assists and three steals) and Flyn O’Toole (10 points, six rebounds, two assists, two steals and two blocks) both hit double-figure points.

In the game of the round, Ipswich Force and RedCity Roar went toe-for-toe in a huge contest that eventually ended in the Force moving up to third spot and handing the Roar their first defeat of the season. In a showdown of NBL talent between Nathan Sobey and Harry Froling, both sides were unwilling to backdown, but it was the Force who made the most of second chance points (17-12) to be the difference in the end despite the Roar winning the rebounds (46-38) and the blocks (7-1). Sobey ended up topping his opponent in points with 31, as well as seven rebounds, eight assists and three steals in his side’s win. Jason Ralph (13 points, 11 rebound, four rebounds and three assists), Jason Ghee (16 points, three rebounds), Mitchell Poulain (15 points, five rebounds) and Ryan Jeffries (10 points, five rebounds) all hit double-figure points in the 96-94 victory. Froling had the greatest impact off the boards in the match, notching up 14 rebounds to go with 30 points, four assists and two blocks in defeat. Regular performers, William McDowell-White (18 points, 10 rebounds, five assists, two steals and two blocks) and Heath Gameren (12 points, 10 rebounds, five assists and two blocks) both picked up double-doubles, while Darryl McDowell-White (17 points, six rebounds and two assists and Verle Williams III (13 points, three rebounds and two assists) in a match for the ages.

In the other top four clash of the weekend, Brisbane Capitals produced a stunning 44-point thrashing of Southern Districts Spartans to announce themselves as a genuine title contender. The Capitals dominated the assists (31-18) and steals (16-7) whilst being much more accurate from the field throughout the contest, while the Spartans picked up the only two blocks of the game and had one extra second chance point in what what a down performance for the home side. Jason Cadee let loose with a ridiculous 47 points, 11 assists, five rebounds and four steals, shooting at 51.7 per cent from the field and dropping five of 12 from long-range. Jarred Bairstow joined him in the party with 24 points, eight rebounds, five assists and four steals, while Timothy Soong (11 points, five rebounds) and Nicholas Stoddart (13 points, two rebounds and three steals) were also promising in the win. For the Spartans, Callum Dalton notched up 25 points, three rebounds and two assists, leading the way with Tyrell Harrison (14 points, nine rebounds and three assists) and Anei Muorter (10 points) also reaching double-figure points.

In both side’s second game for the round after wins the previous day, Ipswich Force grabbed second spot on the able with a crucial 16-point win over Gold Coast Rollers on the road. The Force were more accurate outside the arc, shooting at a 37 per cent clip to 25.8 per cent accuracy, whilst leading the assists (26-22), rebounds (41-37) and steals (10-6). The Rollers were far from disappointing though, topping their opponents in blocks (5-2) and second chance points (16-13). Sobey had another big outing with 22 points, six rebounds, four assists sand two steals to lead all-comers, while Ghee (15 points, 10 rebounds, four assists and two steals) also picked up a double-double. Kane Bishop (14, points, eight rebounds and three assists) and Poulain (14 points, nine rebounds, three assists and two blocks) were also productive in the victory. For the Rollers, Morris (18 points, four rebounds and four assists) and Tidjane Diop (18 points, nine rebounds and two steals) shared the top points in a losing side, whilst Patton Croker had the 10 points, seven rebounds, five assists, two steals and one block in an all-round performance.