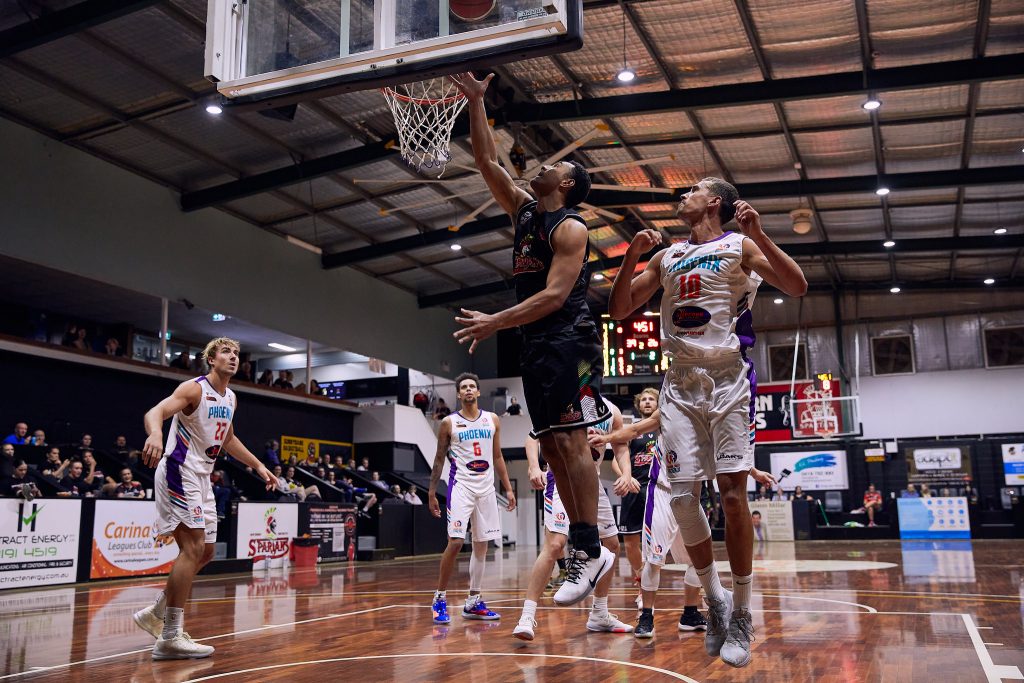 IT is set to be a big weekend of Queensland Basketball League (QSL) Men’s action as four teams battle it out to progress to the next stage of finals and keep their premiership hopes alive. RedCity Roar and Ipswich Force have already booked their spot in the round two action of the finals after finishing first and second respectively, and will be awaiting the winner of the two quarter finals whether it be Southern Districts Spartans, Sunshine Coast Phoenix Teal, Brisbane Roar or Logan Thunder.

In a battle of fourth verse fifth expect plenty of fireworks and excitement as both sides endeavour to make it to next week. The last time these two sides met was in Round 8 as the Spartans run out victorious by 15 points against a feat they will be hoping to repeat in the final. On the other hand Phoenix Teal will be hoping to flip the script. Accuracy seemed to be the main area of concern for Sunshine Coast converting at a lower clip than the Spartans something they will be acutely aware of heading into the clash.

In their last outing, Anei Muorter was the dominant scorer sinking 20 points while Callum Dalton was not far behind with 19 points and eight rebounds. Tyrell Harrison was another key contributor with 14 points and nine rebounds while his ability to block the ball provides plenty of excitement and opportunities for the Spartans something they will be hoping to re-create once again. they were however without the services of Tamuri Wigness who has proven to be a key figure when it comes to dishing off dimes and setting up attacking forays.

For the Phoenix Teal they will be looking to the likes of Jamaal Robateau to lead the way having piled on 27 points in their last encounter and picking up a massive nine steals. Robateau will a player the Spartans look to stop given his dominance and ability to tear game apart. Another player that cannot be overlooked is Nelson Kahler  who is both able to hit the scoreboard with great ease while also ply his trade off the boards. Jonathan Jassen can sometimes fly under the radar but has had a recent run of hot form coming off 24 and 25-point outings and will be eager to bring that rhythm into the clash on Saturday.

If recent history is anything to go by it is fair to say that the result is in favour of the Spartans however finals basketball brings a whole new level of intensity and desperation making it anyone’s game.

The second and final game of quarter finals sees Brisbane Roar and Logan Thunder go head to head on Sunday. It has been a strong season for the Roar finishing in third thanks to their nine wins from 11 games and feel agonisingly short of second spot so expect them to come out with a real fire in the belly. The Thunder have been somewhat up and down winning six games and losing five making for an interesting contest between the two sides. Last time they locked horns it was the Roar that came out on top albeit by 11 points in a much closer match than many anticipated something the Thunder will take plenty of confidence out of.

The Capitals boast a wealth of scoring options with Jason Cadee the most dominant of all sitting fourth in the competition for average points with 23.36 a game while also proving to be a handy option on the assist leading the league with 6.91 a game. Cadee will be the one the thunder have to stop given he is also renowned for his ability to cleanly contest the ball and win it back. Jarred Bairstow is another concern for the Thunder given his ability to find the rim and score nailing 25 points last time they met while also putting on a show in the rebounding front with 14 to his name. Cameron Goldfinch and Timothy Soong are others able to have an impact and keep the scoreboard ticking over for the Capitals.

The Thunder are not without their own stars with Christopher Cedar proving to be a real thorn in the Capitals’ side last time the two sides met, knocking back 29 points and while he has been a fraction quieter over the past couple of weeks he will draw plenty of confidence form that performance. Thomas Ammar stepped up to the plate converting 20 points from his 31 minutes on court while Atem Bior also flexed his muscles with 18 points and an impressive 15 rebounds nine of them defensive showcasing just how much of a threat he can be, when firing on all cylinder.

It will take a team effort from Logan Thunder if they are to ruffle the feathers of the Capitals and get the win, given the multiple avenues in which the latter possess to not only score but so too defend.