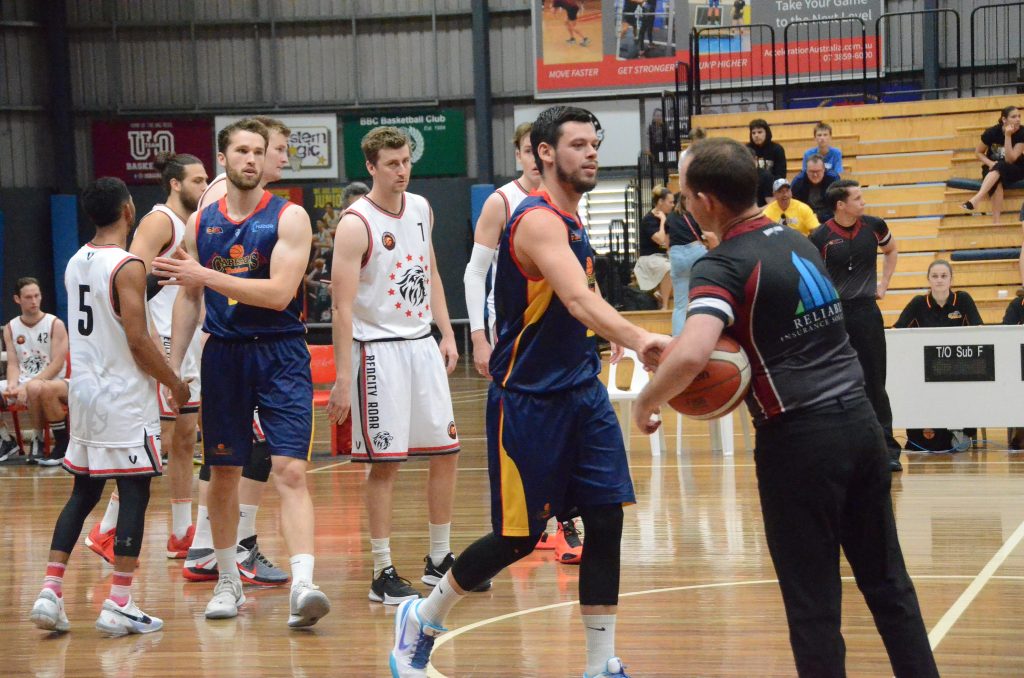 THE two top Queensland State League (QSL) Men’s sides have made their way into the decider with the Grand Final set to take place tonight at 6.30pm. RedCity Roar host the big game at the Paul Bancroft Centre, where Brisbane Capitals will be hoping to upstage their highly fancied rivals and steal a memorable title.

The Roar finished atop the table with 10 wins from 11 games, only dropping a match to the second placed Ipswich Force who now doubt the side will be relieved to be out of contention. It was the Capitals who dumped the Force from the finals series, having only finished the head-to-head tie behind them after having more points for and less points conceded than the Force during the year.

Brisbane Capitals enter the match on a four-game winning streak, with some big totals along the way, no dipping below last night’s 97 points. In the past three games, the Capitals have cruised past triple-figures with 106, 133 and 117 in the three games prior to finals. Their last score below 97 was 83 during their loss to RedCity Roar on September 27.

In that defeat, the Roar were unstoppable from three-point range, draining a ridiculous 19 triples from 45 attempts with a 42.2 per cent efficiency, whilst making the most of the rebounds (46-36) and blocks (6-0). The Capitals still managed eight triples themselves and converted more chances from inside the arc and the charity stripe, but it would not be enough.

Heading into tonight’s decider, the trio of Froling and the McDowell-White brothers will be hard to contain. Froling is arguably the top player in the competition since crossing to the state for his upcoming NBL duties with the Brisbane Bullets, averaging 29.6 points, 16.5 rebounds and 4.5 assists from 10 matches. William McDowell-White is averaging slightly more than his brother with 24.55 points, 9.82 rebounds and 5.55 assists compared to Darryl McDowell-Whit’s 21.43 points, 4.0 rebounds and 1.86 assists.

They are far from alone on the scoring end though with the likes of Verle Williams III (16.78 points, 4.0 rebounds and 4.0 assists) and Heath Gameren (9.55 points, 5.64 rebounds and 5.0 assists) both enjoying big season, while Jean-Luc Morel (8.42 points, 4.83 rebounds) showed last night that he can play an important role off the boards for his side.

The Capitals also share the load when it comes to scoring with Cadee the top scorer this season, averaging 24.92 points, 5.85 rebounds and 7.08 assists. He also ranks first in assists for players in this match, while Jarred Bairstow will be keen to put in a bigger effort than the last match against the Roar as he has averaged 20.92 points, 10.38 rebounds and 4.62 assists per game this year.

Also prominent in season 2020 has been Cameron Goldfinch (17.0 points, 6.57 rebounds and 2.0 assists), Nicholas Stoddart (13.0 points, 4.33 rebounds and 3.42 assists) and Soong (9.23 points, 5.54 rebounds and 3.31 assists) all complementing the top couple of players well. One positive for the Capitals will be that a number of players performed lower in their previous tie with the Roar and if they bring up their performance in this one they are a huge chance.

RedCity Roar deserve favouritism considering their remarkable season, but the Capitals are always a huge chance with the depth of roster they have, particularly when all are on song.