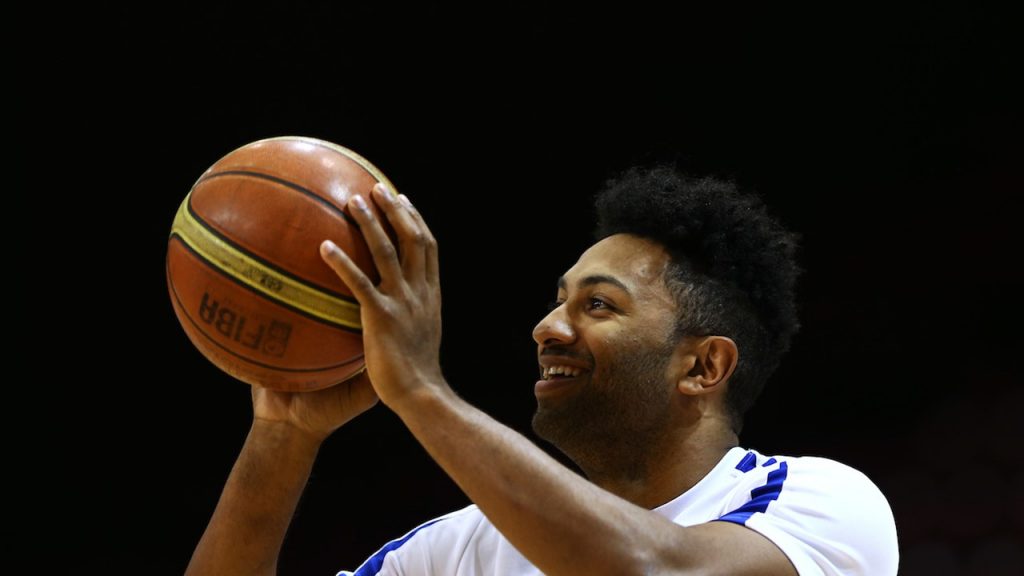 DION Prewster has helped the Wellington Saints return to the New Zealand National Basketball League (NZNBL) in style, as the most successful team of the modern era knocked off the reigning premiers Otago Nuggets by 22 points. The match, played at the Edgar Centre saw the Saints claim a 95-73 victory, as Prewster picked up 31 points, seven assists and five rebounds, in what was a standout performance for the winners.

The first tip-off of the new season saw the Saints have first hands on it, but a turnover from Romaro Gill resulted in Josh Aitcheson finding Gerasimos McKay for the long-range jumper and the Nuggets struck first. Prewster was quick to return serve with a slick assist to Tohi Smith-Milner who hit the three-pointer himself, and the teams were going toe-for-toe early. The Nuggets actually got out to a four-point lead with Sam Timmins hit another triple, but the Saints again responded in turn with Kerwin Roach Jr hitting the long-range pull up jumper.

Prewster handed his side the lead with a neat layup five minutes into the quarter, and from there they were never headed racing out to a game-high seven points by quarter time with a Roach Jr basket in the final minute. When ex-Airs shooter Ken Tuffin got in on the long-range action, the Saints’ lead was out to double-digits. By half-time, the scores were 57-38 and again out to a match-high score, this time of 19 points.

Sam Timmins was causing some headaches for the visitors with his work close to the basket, but Prewster was running hot with his shooting. The Saints were making more of their opportunities when they had the looks, and the match was looming as a blowout with the Saints out to a 30-point lead with 1:05 on the clock i the third term. Late baskets to Timmins and Richie Rodger cut the deficit back to 26 for the Nuggets, but the damage was done. The last term was a win for the Nuggets who outscored the Saints 19-15, but with the game done and dusted, the Saints were able to use the rotations and take home the win, and rest up for the next match.

The Saints were more clinical from the field, shooting at 50 per cent compared to the Nuggets’ 40.7 per cent, including a damaging 46.8 per cent from long-range to the home team’s 28 per cent. It was not all bad for the Nuggets who actually won the rebound count (38-36) and only marginally lost the assist count (15-17).

Aside from Prewster’s standout performance, Roach Jr racked up 19 points, four steals, three rebounds and two assists in the win, with Smith-Milner (nine points, six rebounds and three assists) and Taane Samuel (nine points, five rebounds) both getting amongst it for the Saints. For the Nuggets, they had a triple threat, with Isaiah Moss leading the points with 20 as well as six assists, but it was Timmins’ 18 points, nine rebounds and two assists that really stood out. Aicheson (14 points, five rebounds and three assists) was the other standout shooter, but the trio made up 42 of the Nuggets’ 73 points on the night.

The Saints will now prepare for a clash next Friday night against a fresh Canterbury Rams side, while the Nuggets will have a full seven days to recover before taking on Taranaki Mountainairs back at the Edgar Centre again.