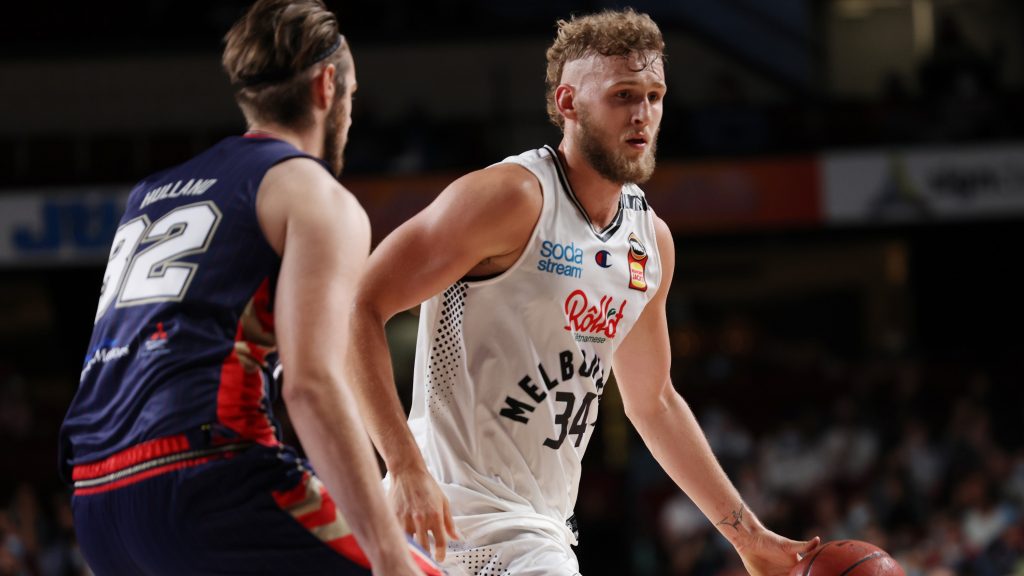 Melbourne United have enjoyed a hot start to their 2021 National Basketball League (NBL) campaign, yet to drop a game and sitting pretty at the top of the ladder midway through Round 4. With a different looking team to the one that took the court throughout the 2019/20 season, United have not skipped a beat with a number of up and coming players taking the step up to steer the ship in the right direction.

Looking more in-depth at those players who have cracked the NBL code in 2021 it is hard to go past the likes of Jock Landale. Somewhat of an unknown quantity on the NBL front, Landale has proven on more than one occasion that he is a threat to be reckoned with taking the competition by storm and guiding United to a number of hard fought victories. At 25-years-old Landale is shaping up to be a real contender for MVP in his first official NBL season showcasing just how much talent he has and the overall influence he has had on this United side. Playing alongside the likes of the ever-reliable Chris Goulding, Landale has found a way to star and use his signature flair and read of the play to have an impact and dictate proceedings.

Averaging 15.17 points and 7.67 rebounds a game Landale has taken everything in his stride this season, constantly buttering up and pushing to go one better each time he steps out on court. Shooting at 55 per cent from the field he is a reliable points scoring source while he also sits at 45 per cent from beyond the arc, a testament to his impressive skillset. Landale also averages 2.67 assists a game with his best overall performance coming against the Bullets thanks to his double-double with 20 points and 13 rebounds.

He has quickly become a fan favourite and a common name amongst many NBL fans given his ability to turn a game on its head. Standing at 211cm Landale uses his frame to reel in the rebounds to outmuscle his opponents. The center is yet to miss a game, averaging 26.81 minutes for United and will be eager to continue his run of hot form for the remainder of the 2021 season.