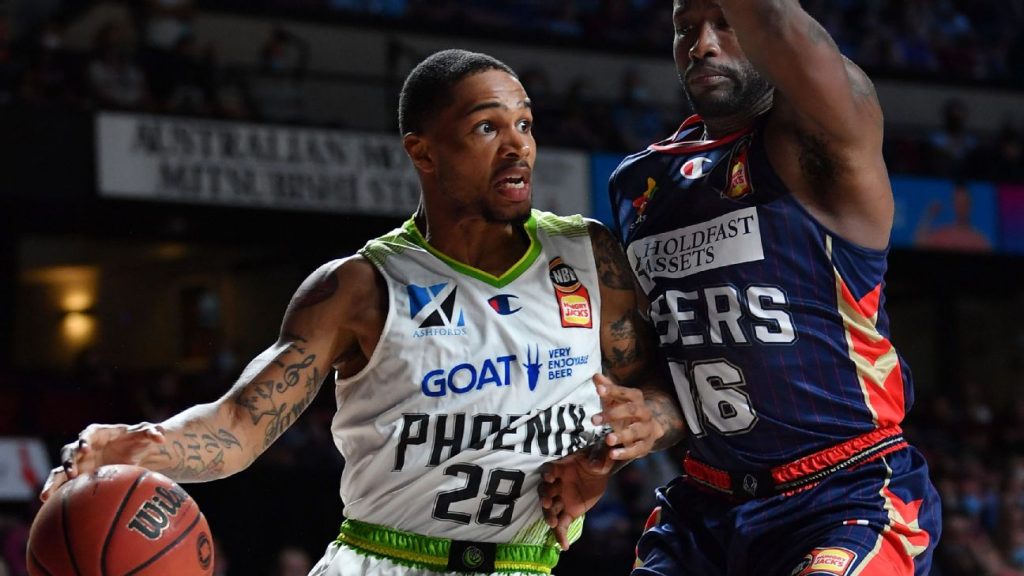 SOUTH East Melbourne Phoenix are on the board in the 2021 National Basketball League (NBL) season, downing Adelaide 36ers by six points to reverse the result of their Round 1 clash. In that encounter, it took double-overtime for the 36ers to pull through with a win, but this time it was the Phoenix that managed to stay a step ahead of the home side – that was missing young gun Josh Giddey – to post a memorable 89-83 victory at the Adelaide Entertainment Centre.

For the most part, the Phoenix had control of the match, though the first term had its fair share of momentum swings, with the visitors leading by five at one stage, before the 36ers hit the front late in the term, only for the Phoenix to steal the lead back. Holding a narrow two-point lead, the Phoenix extended that out to four by the main break courtesy of a high-scoring 26-24 second quarter that opened up the game offensively.

Adelaide made its move in the third term to actually hit the front midway through the quarter, but it would be the last time the 36ers led. The Phoenix took control from there, racing out to a double-digit lead, making it 10 points the difference at the final break. To the 36ers’ credit they kept coming, but could not get within five points as the Phoenix were able to hold firm and celebrate their first win in season 2021.

Statistically the teams were fairly even across the board, though the Phoenix’s long-range shooting – 50 per cent from 22 attempts – was elite, as were their free-throws, as they nailed 18 of 21. The 36ers were still impressive, dominating the points in the paint (44-32) and the mid-range game stood up once again, but they had three extra turnovers and three more fouls. The Phoenix also marginally led the overall rebounds (43-39) in the win.

Keifer Sykes backed up his impressive debut with another strong performance, as the American import knocked down 24 points – including four of seven from long-range – as well as seven assists and two steals. Kyle Adnam continued to show his talent coming off the bench, as he teamed up well with Sykes in the back court for 17 points, two rebounds and two steals, as did Adam Gibson (11 points). Mitch Creek had a solid outing without being up to his usual volume, picking up 15 points, five rebounds and two steals, while Ben Moore had 10 points and 12 rebounds off the bench in an impressive double-double effort. After a huge opening night, Yannick Wetzell managed just the four points, but still had eight rebounds, two assists and two blocks, sharing the ball around.

Daniel Johnson and Isaac Humphries backed up their first round efforts with big impacts in the four and five spots for the 36ers. Johnson nailed 19 points, 10 rebounds and four assists in a double-double for the home team, while Humphries scored a team high 20 points to accompany eight rebounds, three assists and four blocks. Tony Crocker (12 points, two steals) and Donald Sloan (10 points, two assists and two rebounds) also hit double-figure points in the loss.

South East Melbourne Phoenix coach Simon Mitchell said despite the win, it was very similar to the Saturday night contest between the sides, but his team’s ability to take their chances at the free-throw line and contain Johnson were the two key changes to the weekend’s loss.

“It wasn’t a whole lot of difference tonight, we were still missing shots,” he said. “I guess we were making free throws and I guess that was the difference. Adelaide struggled at the line and we made ours. “It was a more physical contest tonight I thought. It felt like a little bit of a different contest, but we still trying to find a way out of that hole at the offensive end.

“I thought defensively we were pretty solid, we still had a couple of mental breakdowns which cost us, and giving up those O-boards, things like that we have to tighten up on that end, but on the whole our schemes were pretty solid and … we were able to curb a little bit of the influence of Daniel Johnson tonight, and I thought not letting ‘DJ’ off the hook was a bit of the difference maker for us.

Adelaide 36ers coach Conner Henry said his team had to find a way to get easier baskets because it was making life difficult on the defensive transition.

“We’re having to grind everything out and that’s tough to do, and then ask the boys to back it up on the defensive end,” he said. “Offence is a work on progress for all of us, and we’re going to have to figure that out. “There were some encouraging signs, I thought Ice (Humphries) played really well tonight, that’s two games in a row, he’s really getting his feet under him. “I like he and ‘DJ’s ability to share the basketball in deep.

“We got some good looks there, but it gets back, we’re not getting an transition points, any open looks so we need to increase our pace. “We missed the young guy tonight (Giddey), he really pushes it all the time, and it will be good to have him back on Friday, see if he helps.”

Henry said he expected Giddey to return in the 36ers’ match against New Zealand Breakers, but stopped short of guaranteeing it. The fourth straight match at Adelaide Entertainment Centre for the 36ers will finish off the round for them, while South East Melbourne Phoenix head to Perth on Sunday to take on the Wildcats at RAC Arena.