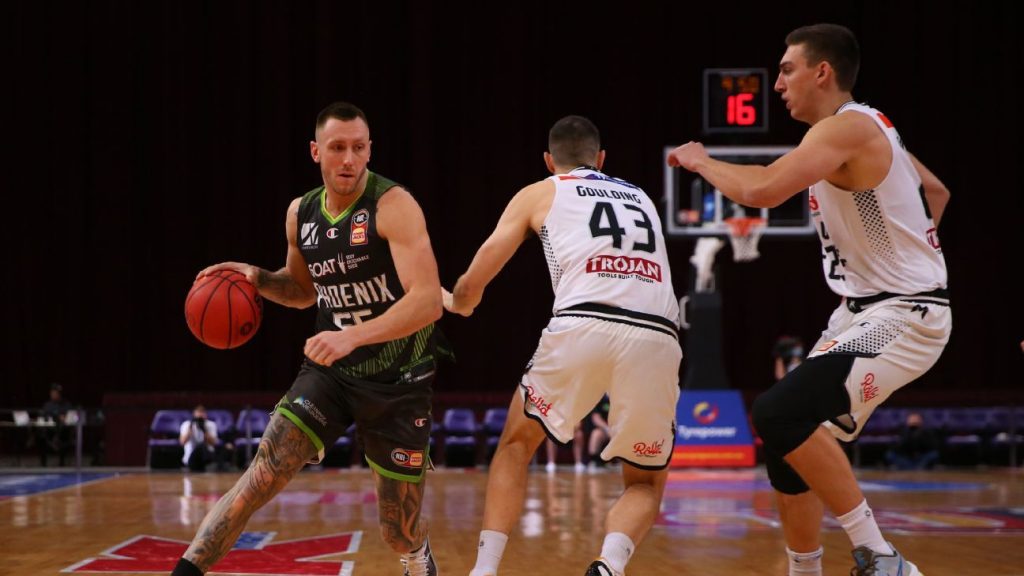 SOUTH East Melbourne Phoenix bit back in Game 2 of the semi-finals series downing Melbourne United by 11 points, 90-79. The win takes the total to one apiece forcing the series to a decider with the winner through to the grand final. It was a tale of two halves with the second favouring the Phoenix and allowing them to get the job done.

From the opening whistle it looked like Melbourne United were going to walk away with the chocolates once again and seal their fate early with a hard-earned grand final berth. United hit the scoreboard with ease largely due to some good shooting from Chris Goulding as they skipped out to a handy 7-2 advantage. It was clear that there was plenty of feeling out on court with Jock Landale finding himself in hot water early picking up two fouls in the first term alone before teammate David Barlow registered an unsportsmanlike foul to really trouble the top of the table side. This well and truly played into the hands of the Phoenix as their key cogs stepped up to the plate with Keifer Sykes showcasing his wares. It was tit-for-tat in the final stages of the term before United landed the final blow to hold a slim two point lead at the break.

The second term saw much of the same with the two sides competing hard and throwing everything they had at one another in hope to find a winning edge – an edge United seemed to have unlocked. Things were motoring along nicely for United who snuck out to a handy nine-point lead towards the backend of the quarter as Scotty Hopson and Jo Lual-Acuil rotated strike on the scoring front. But the Phoenix were determined to fight back and not the game slip through their fingers as Yannick Wetzell nailed back to back shots before Kyle Adnam delivered from the charity strip to reduce the margin to four points at half time.

In the driver’s seat heading into the premiership term, United looked composed and in control. But the Phoenix were not done yet, they continued to linger and pester at United who were unable to put them away scoring 20 points apiece in the third. Mitch Creek and Sykes proved to be crucial for South East Melbourne with the duo finding ways to bob up and hit the scoreboard every time United tried to create some separation. A nine-point straight run from the Phoenix gifted them the lead and the ascendancy but that was short lived as Yudai Baba struck back with a much needed triple to steal the lead back heading into the final change.

The Phoenix had been thereabouts all game and now was their time to shine. With the game on the line they left nothing to chance whipping out the big guns and upping the ante particularly in defence. They stifled United keeping them to a mere nine points while they piled on a whopping 24 to completely swing the momentum. Landale found himself in further foul trouble on and off the court while the Phoenix were finding their groove. There were limited threes all night before Creek got the party started to hand his side their highest lead of the game out to five points, and from there on out, United simply had no answers and no way to combat Sykes who was having a field day as the Phoenix reigned supreme.

Both Creek and Sykes had a day out registering 26 points apiece in a strong showing for the Phoenix. Sykes converted at 55 per cent from the field while also managing four assists, three steals and three blocks as Creek picked up four rebounds. Wetzell was also strong sinking 20 points and eight rebounds providing a helping hand in offence. It was a lot more evenly spread for United who did not necessarily have a dominant player as Hopson topped the table with 19 points, four rebounds and two blocks. Goulding was next best with 14 points but was uncharacteristically inaccurate from deep only nailing two of his eight attempts. Both Mason Peatling and Lual-Acuil finished with 11 points and seven rebounds each. Landale had a night he would rather forget only registering five points in his 13 minutes while also being fouled out.

Game 3 between Melbourne United and South East Melbourne will be played on Tuesday at Qudos Bank Arena.