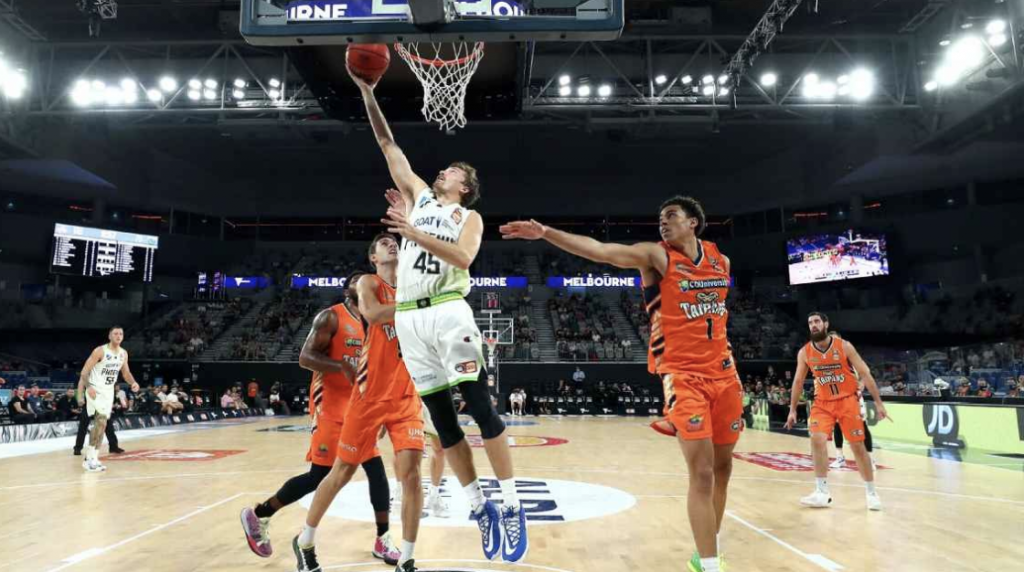 OVER at the South East Melbourne Phoenix camp, it has certainly been an eventful last couple of weeks to say the least, with the upcoming months set to be just as interesting because of the consequential effect it will have on their NBL21 campaign.

To rattle off the list of recent events, the Phoenix have acquired an ex-NBA sharpshooter, won their last three games, secured a top-four seed as a result for now, and lost Mitch Creek for an indefinite amount of time after being charged by Victoria Police with alleged assault. All of these moments have led to now and South East Melbourne’s upcoming fixtures. This will be an opportunity for the Melbourne based side to show just how deep they can bat and if they can prevail in adversary.

After news hit that former Dallas Mavericks member Ryan Broekhoff would be signing with the newest side in the National Basketball League (NBL) back in mid-February, many have been eager to see how the Victorian would have an impact on the rest of the competition.

Broekhoff did not make his first NBL appearance until March 12, but that was to follow after the Phoenix began their recent run of form just days earlier, when they shocked both their cross-town rival and league leaders, Melbourne United.

In their Round 9 matchup against United, South East Melbourne had just nine active players ready to suit up as Keifer Sykes, Dane Pineau, Adam Gibson, Kendall Stephens and Broekhoff were out of action for a litany of reasons.

Nevertheless, for Creek, he ran away with 31 points and 10 rebounds next to Kyle Adnam who also had a productive evening with 18 points and eight rebounds. The performances by these two carried a reduced Phoenix squad over the line into overtime, where Reuben Te Rangi shone, assisting the team to a 97-92 victory and a Melbourne Throwdown win to remember.

Creek’s season-high scoring performance on the night was indicative of the forward’s presence on the floor so far this season, which points to how much of a loss his absence will be going forward. The loss will primarily come from behind the arch where he causes so much damage off the dribble and the occasional three when he is in rhythm, not including his diligence on the glass and ability to make his teammates more involved on the floor.

Moving on from their big win against Melbourne, the Phoenix had a lowlier opponent waiting in the distance for their next clash. But this time, the Phoenix had the opportunity to show off their new signing in Broekhoff.

Despite playing just a minor role off the bench in South East Melbourne’s 85-81 win over Cairns, Broekhoff was a wonderful addition on the night. Playing over 13 minutes against the Taipans, he shot the ball just six times but converted on three attempts. Knocking down these three field goals including a trademark triple, Broekhoff finished with a minor contribution of seven points, but it was enough to put the NBL on notice with the Phoenix adding another weapon to their arsenal.

Broekhoff once again exhibited relatively low production numbers in the Phoenix’s next outing against New Zealand to conclude the NBL Cup, finishing with only three points in nine minutes of play. Coach Mitchell limited his new signing’s minutes to help him settle in, meaning the one-two punch of Creek and Adnam was called upon once again, as the pair combined for 42 points with each finding the mark for 21 points apiece and helping South East Melbourne to their third straight win leading up to today, toppling the Breakers comfortably 103-89.

Defeating United, Cairns and then New Zealand in Round 9, the Phoenix did not only place second in the NBL Cup standings meaning a reward of $100,000 for the club, but also helped improve their regular season record to nine wins and seven losses. Due to this, South East Melbourne now sit tentatively in fourth position on the NBL ladder.

With a top-four position to defend from this point on and an abundance of games still yet to be played, the Phoenix need to recognise that they now have a target on their back which they will find out in their upcoming contests.

First up on the docket is the Adelaide 36ers at home, who are currently seeking some good form coming out of the NBL Cup with the second worst record over the three rounds (two wins and six losses). But with the Phoenix to set foot on the court without their leader in Creek, perhaps now is the time to release the long-range damage of Broekhoff, as they now have 21.2 points, 3.7 assists and 7.3 rebounds to replace – a big amount of statistics to fill before facing Melbourne again in Round 11.

Adding to this, Adnam will also need to step up in the backcourt, more so than ever with his captain out of action. The 27-year-old guard has averaged 17 points and six assists during his last three games. Cameron Gliddon (11.2 points per game this season) will also need to be a big producer on the hardwood as too will Yannick Wetzell down low.

Big weeks lie ahead for South East Melbourne, and it is safe to say that it will be the true test of will for this side in NBL21, because firstly, they are severely undermanned at this time and furthermore, the Phoenix have a tough stretch of games heading into postseason action.