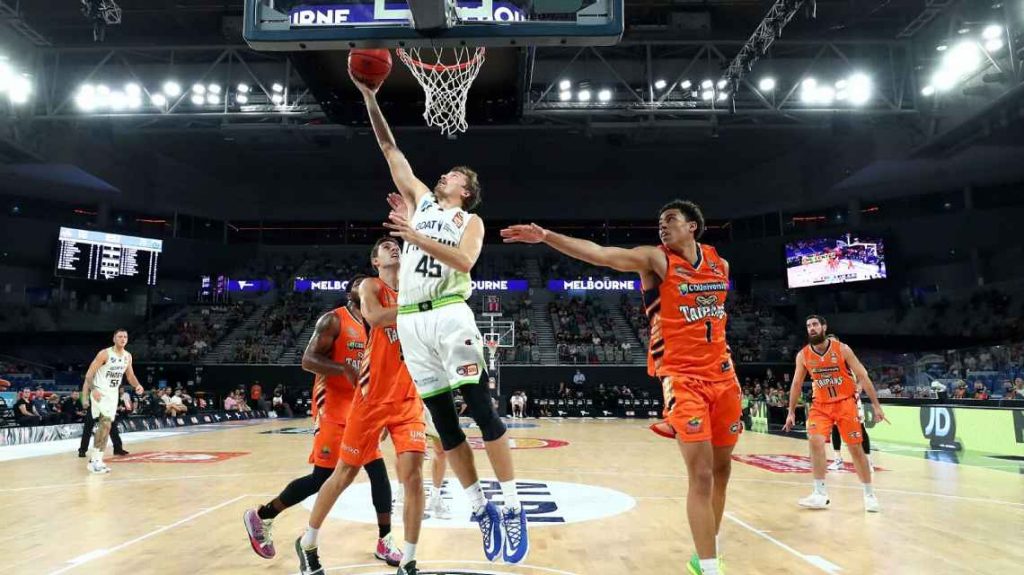 SOUTH East Melbourne Phoenix continued their hot run of form with a four-point victory over Cairns Taipans last night (85-81). Ryan Broekhoff made his much awaited debut for the Phoenix with the star NBA player leaving no stone unturned. It was a spirited effort from both sides with the Taipans pressing every second of the game as the match went down to the wire thanks to Cairns’ dominant final term.

The opening term of play was controlled by the Phoenix with Broekhoff making his impact immediately felt with a triple. The rest of the side followed suit with his intensity and overall combative nature to keep the scoreboard ticking and open up a six-point lead at the first change. The second term was much of the same with Cairns unable to find an answer for both Broekhoff and Mitch Creek with the latter scoring 16 points before half-time. Establishing an 11 point lead at half-time, it is fair to say that South East Melbourne well and truly had control of the match, playing with conviction and surety to keep the Taipans at bay.

Sensing a potential blowout, the Cairns Taipans rallied in the third term to get back within striking distance of their opponents. Scott Machado landed the first blow of the second half sinking a three pointer to set the tone for the rest of the game. The Taipans managed to outscore the Phoenix by a point in the third term (19-18) to reduce the three quarter time deficit to nine points. With it all to play in the final quarter of basketball the Taipans had a change of pace taking it up to the Phoenix in every way possible and not letting them play with their signature style and flow down the court.

With the screws tightening the pressure really started to build on the Phoenix as the North-Queensland side had their tails up and were not about to surrender. Machado and Cameron Oliver got busy in dying moments of the game to claw their side back into the contest. Down by a mere two points with only a minute to play both sides efforts intensified as they looked for that game winning play. having been in a similar position only days earlier the Taipans were fighting relentlessly to try and steal the win but it was Cam Gliddon that ripped that dream out of their grasps hitting a timely free throw to walk out victorious.

There were plenty of contributors across the board for the Phoenix, but it was the in-form Creek that stole the show with 21 points, two steals and three assists. In his debut appearance Broekhoff made an impact producing seven points, while Gliddon also chimed in with a handy 14 points, eight rebounds and five assists. Kyle Adnam continued his recent run of hot form posting 12 points as did Yannick Wetzell and Ben Moore in what was an all-round solid team effort from the Phoenix.

The power duo of Machado and Oliver once again did all the work for Cairns amassing 24 and 22 points respectively. Oliver also featured heavily in the rebounds column with seven as Machado managed five. Fabijan Krslovic kept the scoreboard ticking over thanks to his seven points while his efforts off the boards did not go unnoticed with eight – an even split between offensive and defensive. Mojave King finished with seven points for the game as did Nate Jawai.