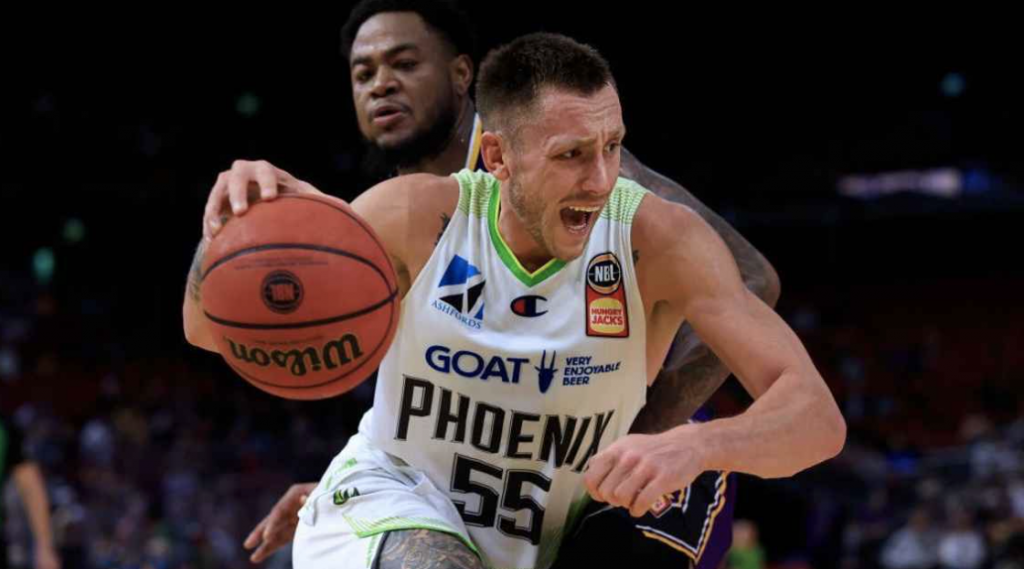 THE South East Melbourne Phoenix relied on their shooting to pull off a 98-84 away win against the Sydney Kings, to consolidate their third-placed ladder position and earn their 13th win, as the Kings lost out in another pivotal contest at an all-important stage of the season.

Sydney moved the ball well in the opening minutes, finding baskets early down low and attacking the rim hard. Jordan Hunter, Casper Ware, Jarell Martin and Didi Louzada were all instant scorers helping the hosts gain a solid 8-2 start over the Phoenix.

Mitchell Creek was South East Melbourne’s rock in the first, coming off the bench to account for eight points in the first 10 minutes as both teams went to the initial break with Sydney up 25-21 in front of their home crowd.

Good shooting by way of Izayah Mauriohooho-Le’afa and Cam Gliddon from behind the three-point line saw the Phoenix jump ahead at the midway point of the second quarter. Life then got substantially harder for the Kings when Creek started to heat up, nailing his fourth triple of the contest and having a more productive second quarter than the previous one, entering half time with 20 points and three rebounds, the primary reason for South East Melbourne’s 51-46 lead after two terms. Meanwhile, Hunter led Sydney wth nine points and six rebounds.

Adam Forde’s side failed to make any headway into their deficit for about five minutes after the main break but came to within a point on a couple of occasions. A beautiful move by Ben Moore on Martin sparked a strong finish to the third quarter for the Phoenix, helping the visitors extend their lead out to seven points and leaving the Kings struggling to find solutions to their problems on the defensive end.

South East Melbourne’s transition game was on full display for the crowd at Qudos Bank Arena, earning stops and then punishing their opponents on the other end. A beautiful block on the defensive end and then a monster dunk by Yannick Wetzell aided the Phoenix’s margin to double digits.

Not going down without a fight, Ware started to take matters into his own hands. The Kings then whittled the margin down to five points with just over three minutes left on the clock, however, another Moore And-One undermined a possible comeback effort by Sydney.

A Kyle Adnam three with just over two minutes remaining found its mark and the Phoenix could now coast their way to the final buzzer eventually running out 14-point winners in Sunday’s opener.

Shooting at an especially high 51 per cent from the field, the Phoenix picked their shots well and made sure they counted while Sydney’s sat at a solid 43 per cent. While the Kings won the rebounding battle (42-35) and dominated on second chance points (18-4), the Phoenix excelled in virtually every other category.

Again, a massive factor in his side’s win, Creek was good for 26 points and five rebounds in 30 minutes of court time. Moore conducted one of his elite performances of the season, finishing with 20 points and six rebounds whereas Gliddon was deadly from deep knocking down four triples on his way to 12 points and four rebounds. Wetzell (11 points) and Adnam (10 points and six assists) also contributed double digit totals as the Phoenix shared the spoils on a ridiculously good shooting night.

The combination of Martin (23 points and seven rebounds) and Ware (20 points and two rebounds) was as potent as normal with the pair joining for 43 points. Meanwhile, both Hunter and Shaun Bruce did their best to add to the team’s efforts with 11 points apiece, but the loss of Dejan Vasiljevic during the previous game took its toll on the Kings.

It will not be long until these two sides meet again with the Kings to host the Phoenix once again on Thursday night in Round 14, where Sydney can try to make up some lost ground in their uphill climb in the postseason race.