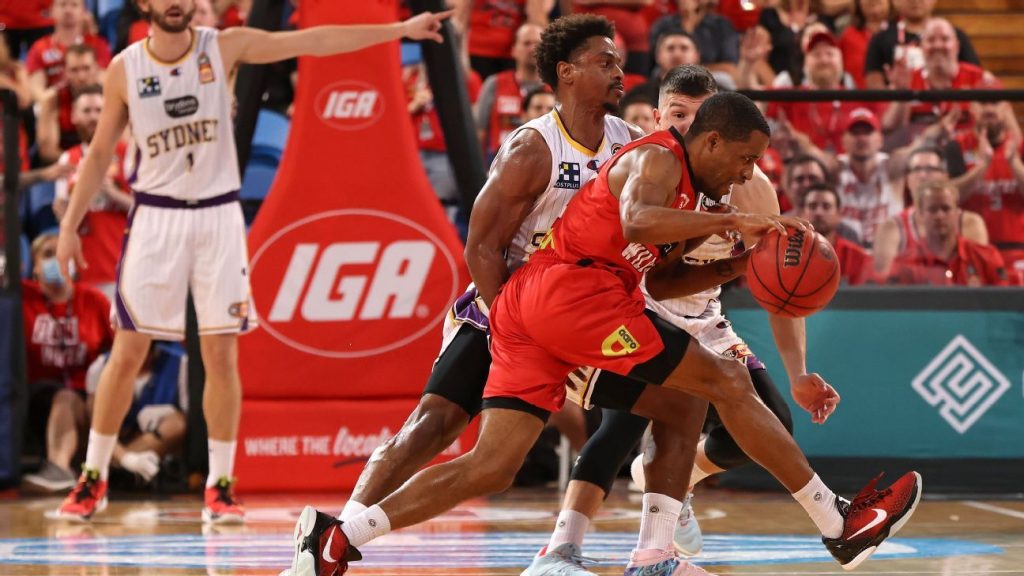 PERTH Wildcats continued their winning ways with a six-point victory over the Sydney Kings (95-89) on Thursday night. The Wildcats have been in scintillating form and this game once again lived up to those standards as they recorded their eighth straight victory despite the best efforts of Casper Ware.

Sydney did all the running in the opening term, skipping out to an early lead and really setting the tone of the match. After a quiet season, Didi Louzada made amends with arguably his best performance to date knocking back 10 points in the opening term and creating a handy lead. However that was short lived as Perth bit back in the second showcasing their class and execution to keep the scoreboard ticking over and steal the lead albeit a small one. Efforts from Todd Blanchfield kept his side in the hunt and gave the Wildcats a sniff going into half time.

The see-sawing affair continued in the third quarter with neither side really able to impose themselves on the game. The lead ebbed and flowed as they traded blows on the scoreboard to keep fans guessing as to which way the game was going to unfold. Jarell Martin came to life chiming in with a couple of handy conversions from the charity stripe while Craig Moller also hit his stride sinking a triple to steal the lead heading into the final change.

Down by two points at three quarter time, Perth kicked it up a gear to re-ignite its passion and winning ways. It was once again the Bryce Cotton show as the star guard produced a whopping 12 points in the final term. Well-kept in the opening stages of the game thanks to Ware keeping a close eye on him, Cotton exploded in the final stanza enjoying the added freedom. With Ware racking up four fouls, his focus had to change from Cotton which allowed the Wildcats’ representative to run rampant and do what he does best – score – and secure the win for the side.

Cotton finished with 22 points and six assists thanks to a strong final term of play. teammate John Mooney was also handy producing yet another double-double thanks to his 20 points and 11 rebounds while Blanchfield plied his trade with 18 points at 35 per cent from the field. The only other player to reach double digit points was Jesse Wagstaff as the captain recorded 11 points, five rebounds and three assists but found himself in a bit of foul trouble. Mitch Norton managed to have an influence on the scoreboard knocking back seven points to accompany his eight rebounds and seven assists.

For the Kings, it was the efforts of Ware that rung true with the highly talented guard sinking a game high 27 points at 60 per cent from the field. It did not stop there though as he managed six rebounds and four assists. Martin was the other main port of call thanks to his 25 points and 11 rebound effort. Moller contributed a handy 12 points and five rebounds as Louzada quietened down after an explosive opening term to finish with 10 points, three rebounds and four assists.