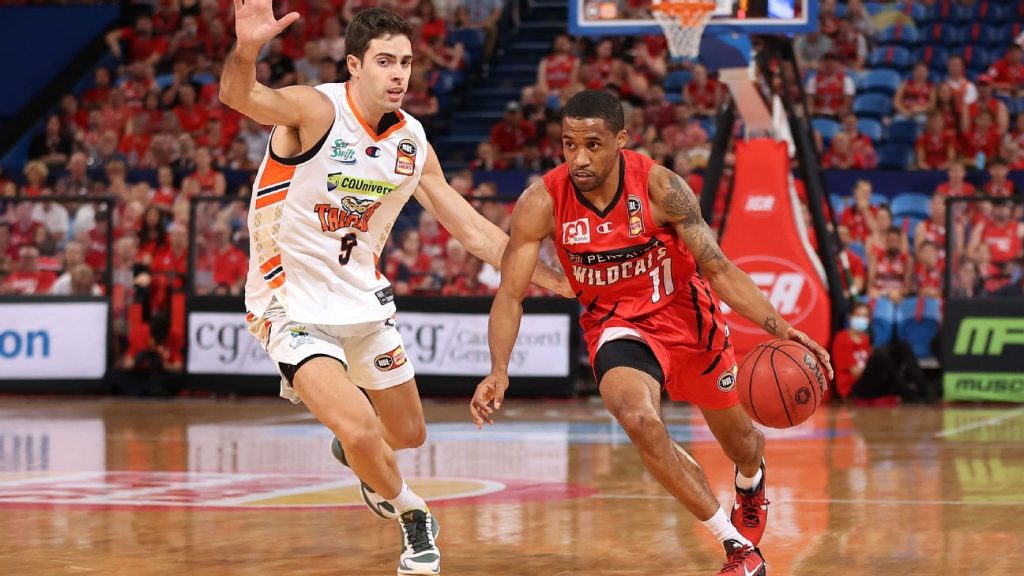 PERTH Wildcats have claimed top of the table honours after defeating Cairns Taipans last night (93-75). A Melbourne United loss earlier in the evening gifted Perth the chance to steal the number one position on the National Basketball League (NBL) with their win making that a reality. The good times just keep on rolling for Perth currently sitting on a four game winning streak while Cairns are a shell of the team they used to be in the 2019/20 season slumping to their 13th loss.

The intentions of Perth were made abundantly clear from the opening minutes of play with Bryce Cotton once again having a major influence on proceedings. His presence across the court was immediately felt putting up seven triples in the first quarter alone to try and gain some early ascendancy. With five minutes left in the opening stanza the Wildcats established a 12-point lead and while the Taipans managed to slightly eat into that buffer thanks to the likes of Nate Jawai and Jordan Ngatai it still resulted in a 12-point ball game.

The second followed suit and although Perth were not as proficient only managing the 24 points as opposed to the 31 they scored in the first, the ladder leaders added to their growing tally. The lead blew out to as much as 20 points but by half time it was only a 15-point buffer.

Destined to work their way back into the contest, the Taipans rallied in the third term to apply some strong scoreboard pressure and shut down the Wildcats’ easy ball movement. Some Scott Machado magic took centre stage with the lynchpin for the side stepping up to the plate in the third and dragging his side to within 13 points. However his heroics were short lived as Perth went on a scoring spree, sinking 10 points to zip. A couple of three from Ngatai and Machado bookended the term but the damage was done heading into the fourth.

With the game firmly in their grasps Perth continued their merry way, rounding out the match with an 18 point victory. Their overall cleanliness and dominance proved to be the difference while their proficiency enabled them to dictate the terms of the game. bursting out of the blocks from the opening quarter, Perth never really looked like losing and Cairns simply did not have the answers to run with them.

It was Cotton’s night once again with the reigning league best and fairest  impressing in all facets of the game. Cotton led the way with 28 points and while his accuracy could have been better from beyond the arc – six from 16 at 37 per cent – he was still a force to be reckoned with. John Mooney was in the thick of things again producing 21 points, eight rebounds and three assists while Todd Blanchfield also made his presence felt knocking back 17 points, five rebounds and two steals. Although Jarred Bairstow did not feature highly on the points scoring front his strength off the boards was notable collecting seven rebounds.

Machado was the main source of pain for the Taipans nailing 16 points and reeling in four rebounds. Kouat Noi was the next best and fell just short of a double-double with 14 points and nine rebounds to his name as Jawai chimed in with a handy 13 points. Ngatai knocked back 10 points while Cameron Oliver had a quiet outing by his lofty standards with six points and six rebounds.