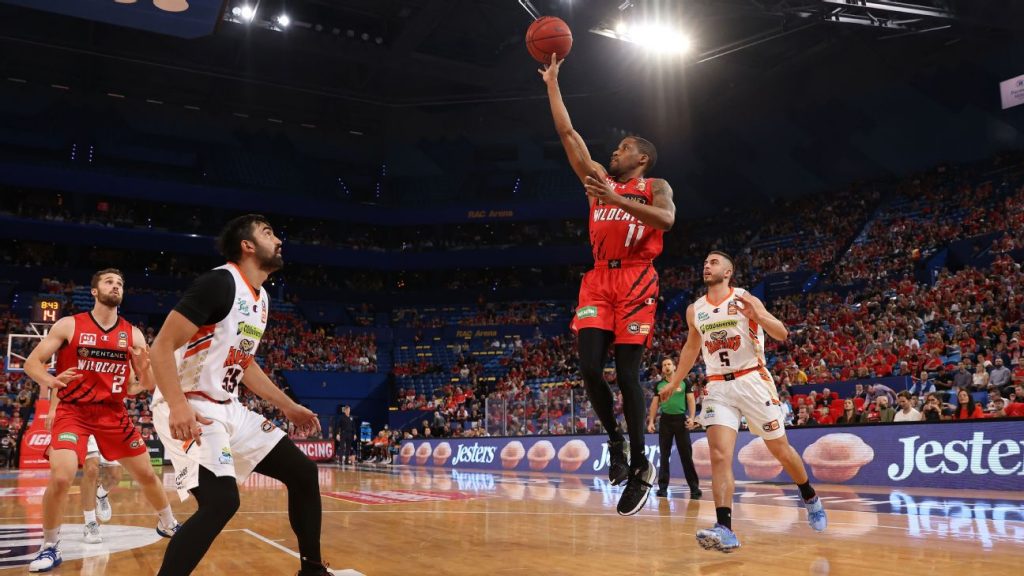 PERTH remains in the hunt for top spot on the ladder, credit to a strong win against bottom-placed Cairns Taipans (100-79). It was not all easy going though, as the Wildcats were forced to work their way back into the game after the Taipans came out with some real venom in the first term.

Back in front of a home crowd, after making the trek to Brisbane last round, Perth took a while to get going. Instead it was the Taipans that were eager to get proceedings underway and cause a potential upset. Todd Blanchfield had a strong opening term of basketball, looking refreshed after his game off as he sunk two threes with teammate John Mooney also inserting himself in the thick of things. Perth raced out to a handy seven point lead midway through the term, before the visitors clawed their way back into the contest. Some big plays from veteran Nate Jawai and Mirko Djeric inspired the Taipans as they took a narrow two point lead into the quarter time break.

With the lead favouring Cairns, it was time for the Wildcats to strike and who better than Bryce Cotton. The guard flexed his muscles with a couple of much needed triples to steal the lead back for his side and reclaim the ascendancy. Tom Jervis started to work his way into the game for Perth as they looked to extend their lead against the lowly ranked Taipans and while Nawai and Jordan Ngatai were trying to will their side on it was to no avail. By half time the lead had switched hands with the home side boasting a five point buffer and pushing Cairns onto the backfoot.

But the best was yet to come from Perth as they put on the afterburners in the third quarter. After going toe-to-toe in the early stages of the quarter the Wildcats flicked a switch and despite Majok Deng working in overdrive for Cairns it was not enough to keep his side within touching distance. In fact his triple midway through the term provided a spark for the Wildcats as they went on a points scoring tear. They simply could not be denied at the basket with Cotton, Mooney and the like all inflicting some serious scoreboard pain as they piled on 23 of the next 27 points in what turned out to be a one-sided affair. Clint Steindl also chimed in throughout the term to impose himself and apply some real heat for Perth as they established a commanding 21-point lead.

Disappointed with their third quarter effort, the Taipans toiled hard in the final term going on a handy 12 points to three run to eat into the glaring deficit. Scott Machado found his way onto the scoreboard with a much needed triple while once again Djeric imposed himself. Once again the Wildcats hit back to extend the lead and while the Taipans gave themselves a fighting chance with eight points straight Corey Shervill came to spoil the party and push the margin back out to 21 points.

Cotton and Blanchfield were at their damaging best amassing 19 points apiece with the former starring from down town to nail five triples. Mooney was not far off the pace with 16 points and also managed eight rebounds and two assists in the win. Steindl found his groove finishing with 11 points and while Will Magnay did not have the same scoreboard presence as his previous outing still reeled in eight rebounds all of which were defensive. Djeric led the way for Cairns sinking a team-high 15 points despite coming off the bench as Machado piled on 11 points and four assists. Jawai had a strong outing thanks to his 10 points and four rebounds. Mojave King plied his trade with nine points and four rebounds as Tad Dufelmeier got busy in his 23 minutes out on court recording eight points in six rebounds in the loss.