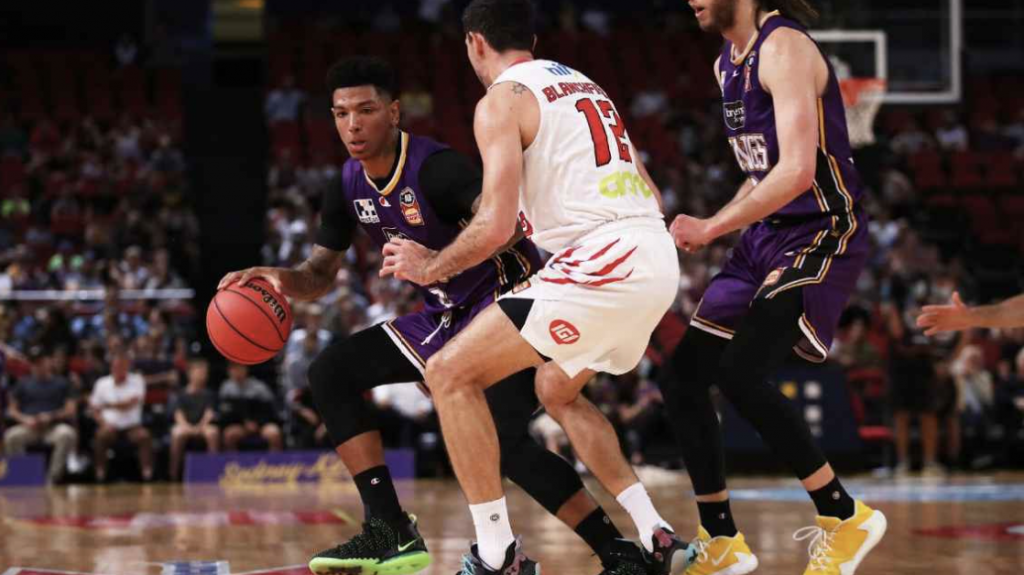 PROVIDING the Sydney Kings with their lowest final score of the season, the Perth Wildcats are once again setting the benchmark for the other eight NBL teams, trouncing their long-time rivals with a superb second half and earning themselves the 89-65 victory away at Qudos Bank Arena.

Bryce Cotton started to terrorise the opponents defence early in the second quarter putting his side up by eight points, however Sydney’s Jarell Martin answered back with some dominant actions later on with Jordan Hunter finding some foul trouble early on.

Continuing to hang around, the Kings were able to stay within earshot of their western counterparts and drew even closer following a corner three to end the first half from Thomas Vodanovich, bringing the score line to 46-44 and maintaining the side’s shooting percentage to 51 per cent, while Cotton brought his points total to 14 at the main break and Martin bringing his to 11.

Cotton went into his bag coming out of the half-time break with three straight triples to extend his side’s lead back out to six points, threatening to take over the contest like Perth has done on some many occasions following the long break.

After winning the third quarter 19-9, Trevor Gleeson’s side led by double-digits at the conclusion of three periods and the home crowd was stunned as the reigning league-MVP almost doubled the number of points he had after two quarters in the third alone. Furthermore, Todd Blanchfield started to get in on the action as Perth held a commanding 65-53 advantage with 10 minutes left on the clock.

Kicking off the fourth with a 9-2 run, the Wildcats showed off the damage that they could do late in-game. Perth showed no mercy throughout the remainder of the contest, distancing themselves from the Kings even further expanding their final margin of victory to 24 points and securing themselves the top seed in the NBL standings in the process.

After a strong start shooting-wise for the Kings, a gradual slump from the field through the next three quarters saw their field goal percentage drop to 37 per cent (two per cent lower than Perth’s 39 per cent) which encapsulated the purple and gold’s inability to remain disciplined on the offensive end, also giving up four more turnovers that their opponents (11-7) and allowing 16 second chance points at the other end.

Scorching Sydney’s lacklustre defence, Cotton was awarded man of the match honours with 29 points, four assists and three rebounds, while youngster Travers played sensationally off the bench with 16 points. John Mooney accounted for a third of his team’s total rebounds as the big man finished with 13 points and 17 boards, and Blanchfield’s 11 points was enough to tag a good performance onto his 300th career game.

18 points and just three rebounds were logged next to Martin’s name, as well as Casper Ware contributing just six points yesterday afternoon. Sydney’s lowest scoring performance of the season only saw two other individuals account for double digits with Dejan Vasiljevic providing 13 points and four rebounds, and Hunter supplying 10 points and six rebounds of his own.

Perhaps Sydney can bounce back on Thursday when the team faces the Illawarra’s Hawks, as both sides are vying for the coveted four-spot in the NBL standings. Meanwhile, Perth’s recent run of dominance returns back home when the league leaders square off with a struggling New Zealand Breakers outfit to conclude Thursday’s double-header.