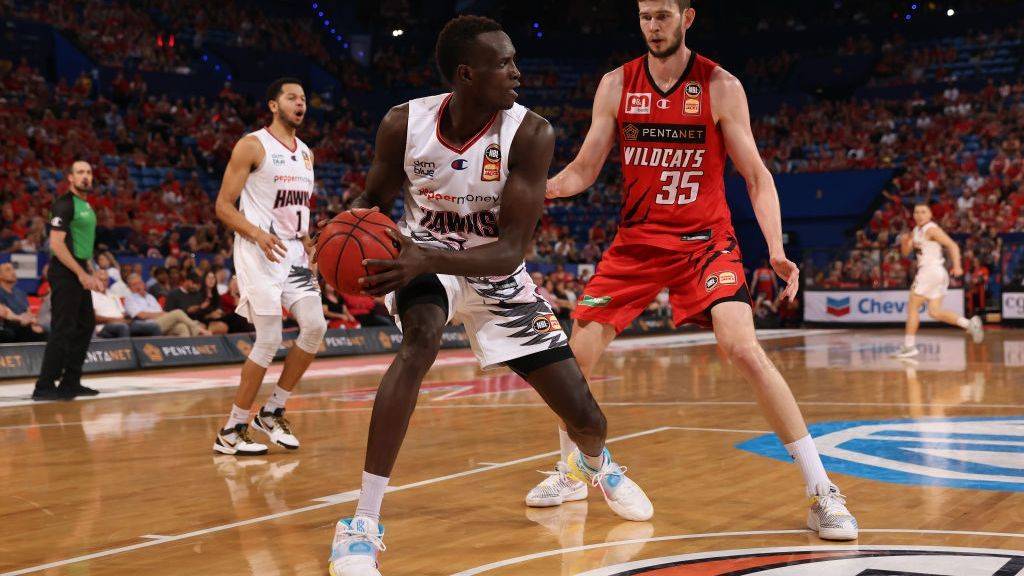 PERTH Wildcats continued their winning streak posting an 11-point National Basketball League (NBL) win over Illawarra Hawks last night (81-70). It was a case of history once again repeating itself with the Hawks boasting an unflattering record of 32 losses out of a possible 33 against the Wildcatds, and this game was no different despite their hot start. It was a strong showing from the top of the table side, impressing in all facets of the game and showcasing their class to fight back from a quarter time deficit.

Illawarra burst out of the blocks, controlling proceedings in the first quarter to well and truly leave their mark on the game. Their ability to nullify the influence of Perth was clear while they went down the other end and scored with relative freedom to put the Wildcats on the back foot. The efforts from Justinian Jessup and Tyler Harvey were unmatched as the duo posted the first 14 points for their side. Establishing a handy nine-point lead in the first term the tables were quickly flipped in the second as the Wildcats pounced. The lead quickly evaporated for Illawarra as Perth built into the game and John Mooney started to get busy.

Still holding a narrow two-point lead at half-time, the Hawks looked to hold onto that buffer and secure the all-important win but that was not the plan for Perth. Their signature offensive style started to come to the fore as they looked to capitalise on their opportunities and impress across the court. The third followed suit with Perth working in overdrive to mow down that half time deficit and steal the lead for the first time.

After being well held by Justin Simon for majority of the game, Bryce Cotton let loose in the final term with the star guard proving to be too much to handle. His explosive nature completely opened up the game as he went on a scoring rampage to produce 13 points in the final stanza. Of those 13 points three were triples as he single-handedly inspired his team to win. Cotton was not the only issue for Illawarra however, with their inaccuracy well and truly plaguing them throughout the fourth term, missing a whopping 15 three-pointers in a row and going scoreless for six minutes credit to the defensive pressure stemming from the Wildcats which in the end gifted them the win.

Perth once again had a plethora of options that contributed on the scoreboard but none bigger than Cotton who topscored thanks to his 22 points, two rebounds and five assists. Mooney was also a key figure for Perth in the win, posting 17 points at 57 per cent while also completely and utterly dominating off the boards with a whopping 16 rebounds. His presence off the boards was unmatched reeling in 10 defensive rebounds while also managing a steal to cap off a stellar night. Clint Steindl made his presence felt registering 17 points, five rebounds and one assist.

For the Hawks Jessup was the main port of call with the guard taking centre stage and knocking back 15 points to accompany his seven rebounds. Partner in crime, Harvey also played a critical role in keeping his side alive with 13 points to his name along with seven rebounds, one assist and two steals. Cam Bairstow managed to influence the scoreboard through his 13 points but could have had more had he been accurate only sitting at 46 per cent from the field. Sam Froling was the only other player to reach double digits producing 10 points, three rebounds and two blocks.