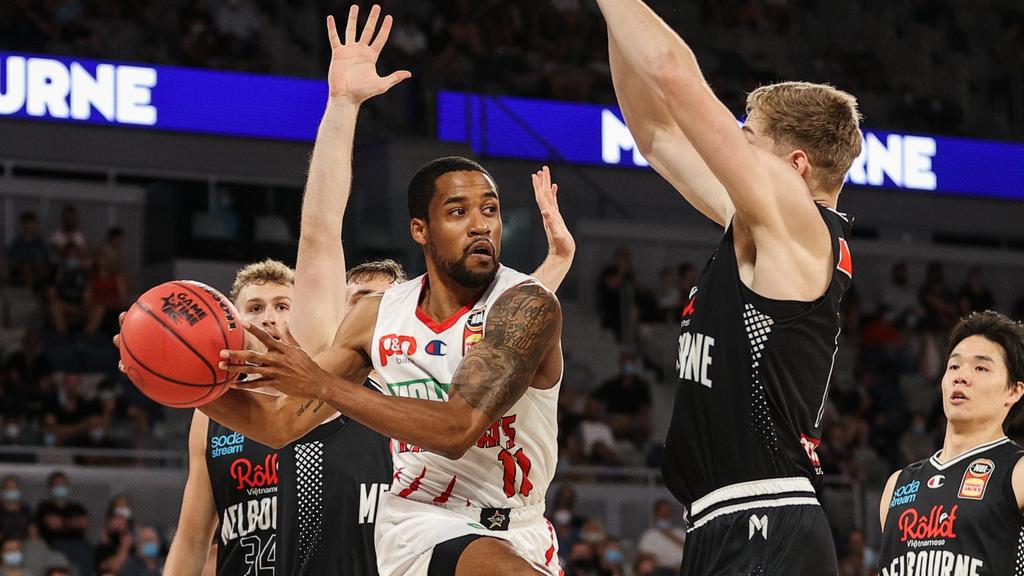 PERTH Wildcats handed Melbourne United their first loss of the season toppling the ladder leaders by a mere four points thanks to some Bryce Cotton magic with the reigning MVP winner showcasing his class to put the nail in the coffin to steal the lead within the final 40 seconds (89-85). The rivalry between the two sides continued last night as Perth found a way to do something the rest of the competition are yet to do in season 2021 – win against the Melbourne side. Despite being down throughout stages of the match, the Wildcats rallied to grind out the game and keep their season alive.

The Wildcats had a real sense of urgency and intensity from the minute they stepped out on court, nailing the opening points of the game. they skipped out to a quick lead before United settled into their rhythm despite boasting a different starting five to what the side is used to. From there, neither side could be separated in the first term of play with both United and the Wildcats managing to freely score, feeling each other out in attack to head into the first break even. The second quarter was played more on Perth’s terms as they posted 21 points to 17 to create a narrow lead at the main change.

Disappointed with their second quarter efforts, Melbourne United turned the afterburners on to work their way back into the contest. With a renewed sense of energy across the court Melbourne hit the lead midway through the term but it did not last long as Perth once again hit back. Culling the lead from four points to one at three-quarter time the game intensified as United looked to keep their undefeated record intact and the Wildcats aimed to claim the biggest upset of the season. But in the end it was the lower placed side that found another gear to overcome their opponents in the dying seconds of the game to reign triumphant.

Boasting a 48 per cent accuracy from the field, Melbourne United proved to be more dominant than Perth who managed 43 per cent only converting 26 of their 64 attempts. The victors were strong from down town sinking 13 triples to Melbourne’s 11 at 46 per cent and 40 per cent respectively. United were prominent in and around the basket posting 34 points in the paint compared to Perth’s 22 highlighting the differing style the two sides play. There was also a major differential between points made from turnovers with the Wildcats capitalising on their chances with 24 to 13.

Melbourne just edged Perth out on the rebounding front with 38 to 34 while they also shared the ball around as shown through their 21 assists to 15. But the Wildcats impressed with their defensive tendencies picking up 10 steals to five while also treasuring the ball recording seven less turnovers than their counterparts (10-17).

Recruit, Jock Landale wasted no time putting up another impressive performance for United collecting a team-high 20 points. Landale not only influenced the scoreboard but so too played a role off the boards with his 10 rebounds and four assists even though his side did not get the “W”. Coming off the bench David Barlow was the next highest scorer knocking back 11 points while Scotty Hopson and Sam McDaniel posted 10 points apiece. Mitch McCarron was handy for United recording eight points and eight rebounds however he coughed up the ball six times while Jack White also kept the scoreboard ticking over with his seven points.

For the winners, it is no surprise that Cotton led the charge with his 29 points. It could have been an even bigger outing for Cotton had he been more accurate from the field only going at a lowly 30 per cent. He also racked up seven assists and three steals while Jesse Wagstaff also played an integral role in the victory thanks to his 14 points and six rebounds. John Mooney just fell short of a double-double with 13 points and nine rebounds all of which were defensive while Todd Blanchfield imposed himself through his 12 points, three rebounds and two assists.