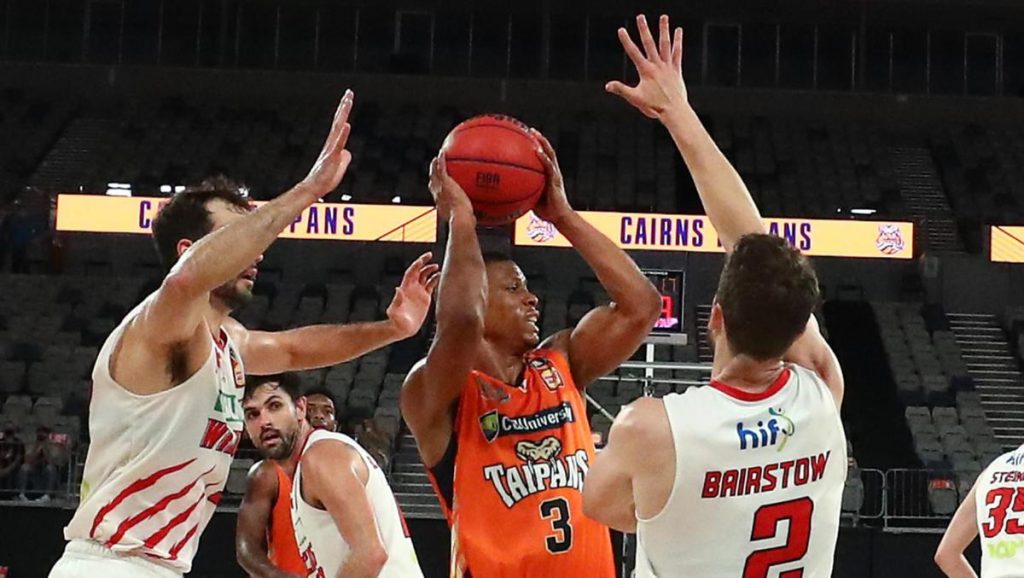 PERTH Wildcats have recaptured their 2020 National Basketball League (NBL) form which saw the side crowned premiers, romping home a 20-point win against Cairns Taipans (89-69). After a sluggish start to their 2021 campaign, the Wildcats have really started to kick into gear and flexed their muscles against the Taipans to leapfrog up the ladder into second spot.

In their first meeting since the semi-final last year, Perth wasted no time getting on the scoreboard and showcasing its intentions as John Mooney led from the front, wowing fans with his 10 points and four rebounds in the first term. The Wildcats skipped out to an eight point lead credit to their 25 point to 17 point effort, before the Taipans hit back in the second quarter of play. Working in overdrive to eat into the deficit, Cairns toiled away sharing the rock around and attacking the rim to heap on the points and send the Wildcats into a panic despite holding a slim two-point lead.

Beaten in the second quarter of play, the Wildcats flipped the switch in the third to cause all sorts of havoc for the Taipans limiting them to a mere nine points. They simply stifled the Taipans every movement while having a field day up the other end, piling on the points with great ease to establish an 11-point lead. Although Mooney quietened down after his scintillating start, the Wildcats did not, as they continued to mount pressure with their attacking style of play which flowed into the last quarter producing 28 points to 18. It was nothing short of a comprehensive win from the Wildcats who led at each change and impressed with their ball movement and flair to rekindle their status as a powerhouse club in the NBL.

“I thought it was outstanding, I think we were on point with our scout and how we wanted to defend them. We made some errors early in the game, but we adjusted at half time,” Wildcats coach Trevor Gleeson said in relation to the defensive effort his side put in.

Perth led in almost every statistical area showcasing their overall dominance on the game. Boasting a higher shooting percentage from the field at 44 per cent Perth highlighted their scoring ability while also outclassing their opponents from beyond the arc nailing 12 shots from 40 attempts at 40 per cent while the Taipans managed a lowly 21 per cent. The Wildcats were fractionally stronger off the boards reeling in 41 rebounds to 40. They also amassed more assists (21-15), steals (5-4), blocks (3-2) and less turnovers (10-12).

In a trying encounter for the Taipans it was Cameron Oliver that stepped up to the challenge producing a double-double thanks to his 19 points and 14 rebounds. Oliver was involved in just about everything, throwing his weight around to have an influence while Fabijan Krslovic also chimed in with a handy 10 points and six rebounds in the loss. Captain Scott Machado was down on his usual output only recording eight points but did still dish off eight dimes while Kouat Noi had somewhat of an impact with eight points, five rebounds and an assist.

Bryce Cotton once again proved to have the ball on a string for the Wildcats with the guard running amuck. Cotton posted a game-high 23 points albeit at a lowly 29 per cent from the field while also recording eight assists and a steal. Mooney was a key cog for the Perth side producing 17 points and 12 rebounds adding another double-double to his season total. Todd Blanchfield contributed 15 points to the win while Jesse Wagstaff kept the good times rolling for the Wildcats knocking back eight points to accompany his seven rebounds. Although Mitch Norton may have not produced the biggest stats of the night with four points, four rebounds and six assists it was his overall defensive pressure on Machado that made him such a key figure in the side’s win.