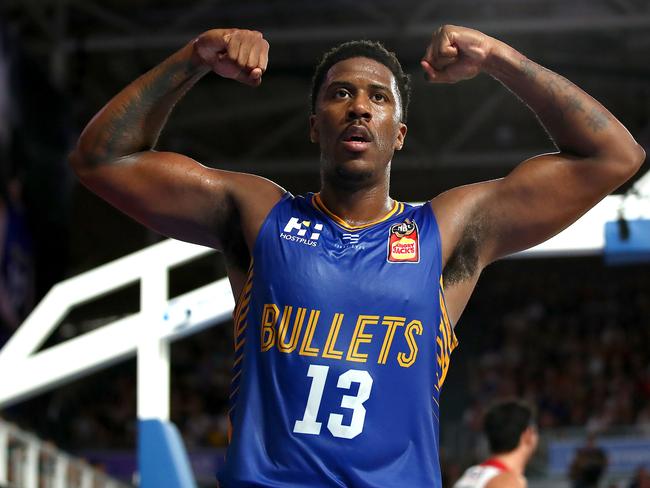 IT has been a whirlwind couple of days in the National Basketball League (NBL) as New Zealand Breakers bidded farewell to Lamar Patterson as the American import joined forces with his former club, Brisbane Bullets.

Patterson left the Bullets at the end of the 2019/20 season taking up the opportunity across the ditch, however he has struggled with a lingering knee injury and finding form to recapture the dominance he had last season. He only managed six games throughout his time with the Breakers, averaging 10.83 points, 3.67 rebounds, 1.83 assists and a steal a game.

His departure from the club has provided Levi Randolph with an opportunity to step up to the plate for the New Zealand side. Randolph brings plenty of x-factor to the Breakers outfit having played in the NBA G-League and averaging 12.9 points, 4.0 rebounds and 2.5 assists. His inclusion will aid the likes of Tai and the injured Corey Webster when he returns who have been pillars of consistency for the Breakers throughout the season. the changes do not stop there for the Breakers though with Will McDowell-White also joining the fray with coach Dan Shamir highlighting the influence they could have on the squad.

Patterson was a key cog for the Bullets throughout the 2019/20 leading his side to multiple victories and proving to be a real thorn in the oppositions’ side. The American product managed impressive numbers last year averaging more than double of his current points tally with 21.43 points a game. He also starred off the boards in the previous season, recording 6.04 rebounds, 4.5 assists and 1.14 steals showcasing the stark difference between this year and last. With Patterson headed back to the Sunshine State it means the Bullets farewelled fellow American Orlando Johnson in the process.

One thing is for sure and that is that the Bullets outfit and head coach Andrej Lemanis is excited to welcome back the forward, given his extensive knowledge of the squad and his bag of tricks.

“We all know what Lamar, at his best, brings to this group and whilst there will still be an integration process because we are a different team to the one he has played with last season, I’m excited about having him here,” he said.

Patterson will be an ideal fit to play alongside the likes of newcomer Victor Law who has shouldered a wealth of the work for the Bullets throughout NBL 2021 while his experience to team up with Nathan Sobey and Jason Cadee will be paramount. However Patterson will not be able to play the next three games meaning Jamaal Robateau will take his place on the roster until he is eligible.