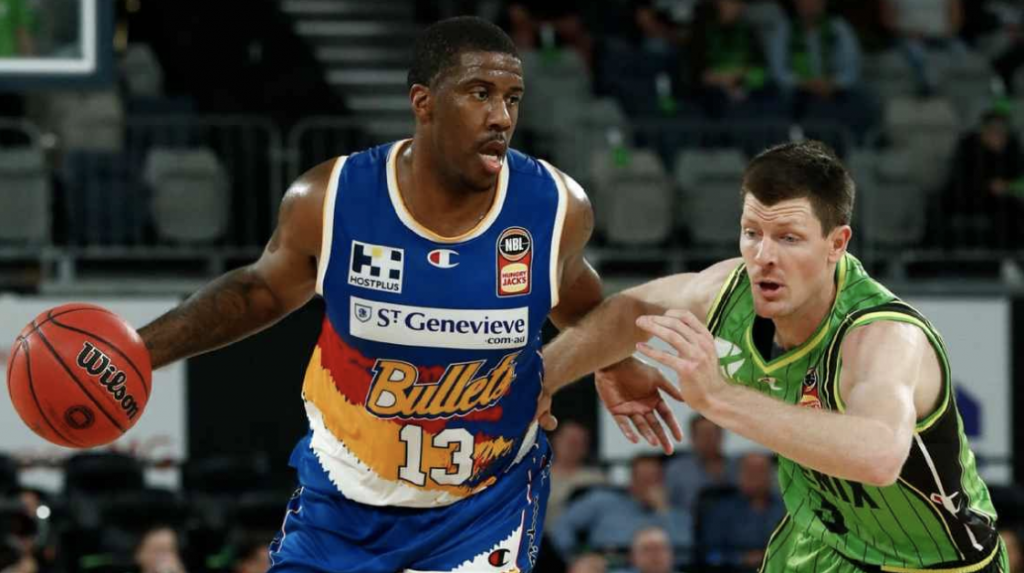 THE Brisbane Bullets are back in the winners column after three straight losses, beating the South East Melbourne Phoenix 94-82 away in Melbourne. Andrej Lemanis’ side earned their eleventh win of the campaign, putting them just two wins off a .500 record and instilling themselves with a glimmer of hope to chase a top four spot in these later stages of the season.

After showing positive signs in his last outing against the Perth Wildcats, Lamar Patterson was instrumental in getting the Bullets out in front early putting up substantial numbers. Meanwhile, Nathan Sobey provided his services in every other aspect of the game during the opening 10 minutes.

Capitalising on the 22-15 quarter-time lead, Brisbane’s bench started to punish the Phoenix as the Bullets were hungry for a win. Things for the Phoenix got slightly more difficult following Ryan Broekhoff’s early departure from the game, after the guard suffered a cut above the eye following a stray elbow from Sobey.

Having reached a double-digit deficit at the midway stages of the second term, a convenient 7-0 run for Simon Mitchell’s side saw the Phoenix severely reduce their disadvantage capped off by a fastbreak Ben Moore dunk.

Shooting over 40 per cent, the Bullets snuck away with a minimal two-point lead at the main break (36-34) as the Phoenix shot a woeful 28 per cent from the field. While South East Melbourne was indeed finding their buckets in various ways, Brisbane’s sheer effort around the rim was the main proponent for the visitors’ lead after two quarters.

Sobey’s slow-scoring first half was quickly forgotten about with the NBL’s second highest scorer adding nine points to his first six in the third quarter alone. Furthermore, winning the third, 33-25, the Bullets held a hard-earned 10-point lead with a period to play, despite Cam Gliddon’s efforts on the offensive end, which saw the Phoenix running out of time to get back into the contest in front of their home fans.

Other Bullets such as Anthony Drmic and Matthew Hodgson started to show glimpses of their terrific form that many have become familiar with this season. This also included a few good moments from key personnel off the bench like Harry Froling and Jason Cadee as Mitchell Creek and Kyle Adnam struggled to take off throughout all four stanzas.

Eventually Brisbane would outlast South East Melbourne’s pursuit, running out of John Cain Arena with the convincing 12-point victory and scoring more than 90 points in a game for the first time in nine outings.

Both teams improved their accuracy in shooting tremendously with the Phoenix concluding their night with a 40 per cent clip and Brisbane improving theirs to an impressive 52 per cent. The Bullets were superior in rebounding (43-37), assists (20-14) and threes made (10-6), while the hosts won out in free throws, turnovers forced and second chance points.

Even though South East Melbourne was proficient in several areas on the floor, their one main flaw in their approach was an inability to stop Patterson. The former All-NBL First Team selectee was huge once again, finishing with 27 points, seven rebounds and two steals. Sobey was back to his usual self in the second half as he compiled a modest 20 points, eight rebounds and six assists. Drmic was the next highest scorer with 15 points, whereas Hodgson and Froling each produced 11 points in the win.

Gliddon was the Phoenix’s leading scorer for a large part of last night’s matchup before leaving the court with 17 points and five assists. That saw Moore have a strong second half with 18 points and seven rebounds next to his name after 40 minutes, while Reuben Te Rangi and Creek were good for 12 and 11 points respectively.

The loss for the Phoenix provides an opportunity for the Bullets to try and reduce the distance between themselves and the top four, which also applies to Brisbane’s next opponents in the Adelaide 36ers, who they face this Saturday. On the other hand, the Phoenix can enjoy a week-and-a-half long break before facing cross-town rivals in Melbourne United in Round 17 next Saturday.