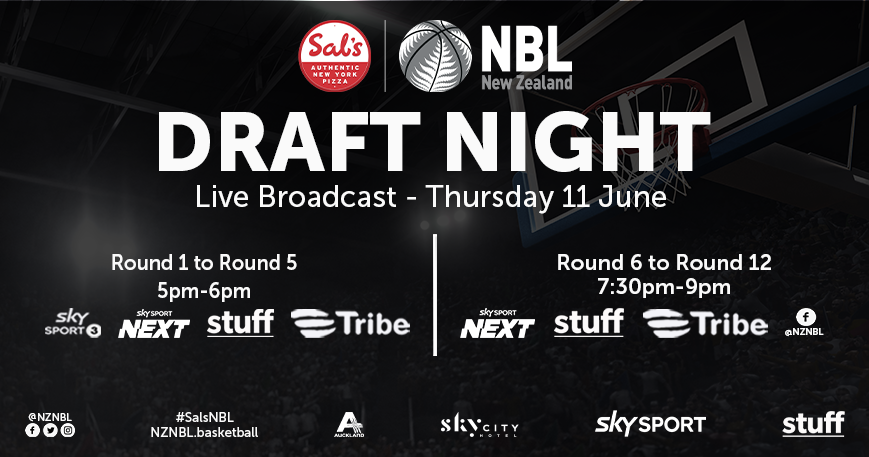 OTAGO Nuggets will have the prime pick in tomorrow night’s 2020 Sal’s NBL draft after the New Zealand National Basketball League (NZNBL) released the draft order earlier today. The 12-round draft is a Serpentine style with each round a reverse of the last, meaning whilst the Nuggets will have the chance to select the best player in the draft crop, they will have to wait another 13 picks until they are able to select their second player.

Following the Nuggets selection, the Taranaki Mountainairs and Manawatu Jets round out the top three, followed by the Nelson Giants, Canterbury Rams, Franklin Bulls and finally, Auckland Huskies. The Huskies, Bulls and Rams have two selections in the top 10 however meaning they have a chance to pick up a couple of the 19 current or former Tall Blacks in the draft crop.

The draft will be televised via Sky Sport 3, Sky Sport Next, Stuff.co.nz and the Tribe Sports App, as well as the second half of the draft available on the NZNBL Facebook page.

NZNBL General Manager Justin Nelson said it was going to be a memorable night of action when the draft takes place.

“It’s an exciting time for the Sal’s NBL, we can’t wait to get back on court in front of our fans but, before we can do that. all eyes will be on this very unique draft on Thursday night,” he said. “The whole draft process we came up with to enable the competition to get going again has captured everyone’s imagination, it really has got people across the country talking about basketball.”

“We thank everyone who has supported the league during this time of change, especially the seven teams and all of the players, we appreciate that this season has to be different and we value the sacrifice everyone has made to ensure the show goes on.”

As for the first selection, it will be down to who the Nuggets end up picking, with Otago returning to the competition for the first time since 2014.